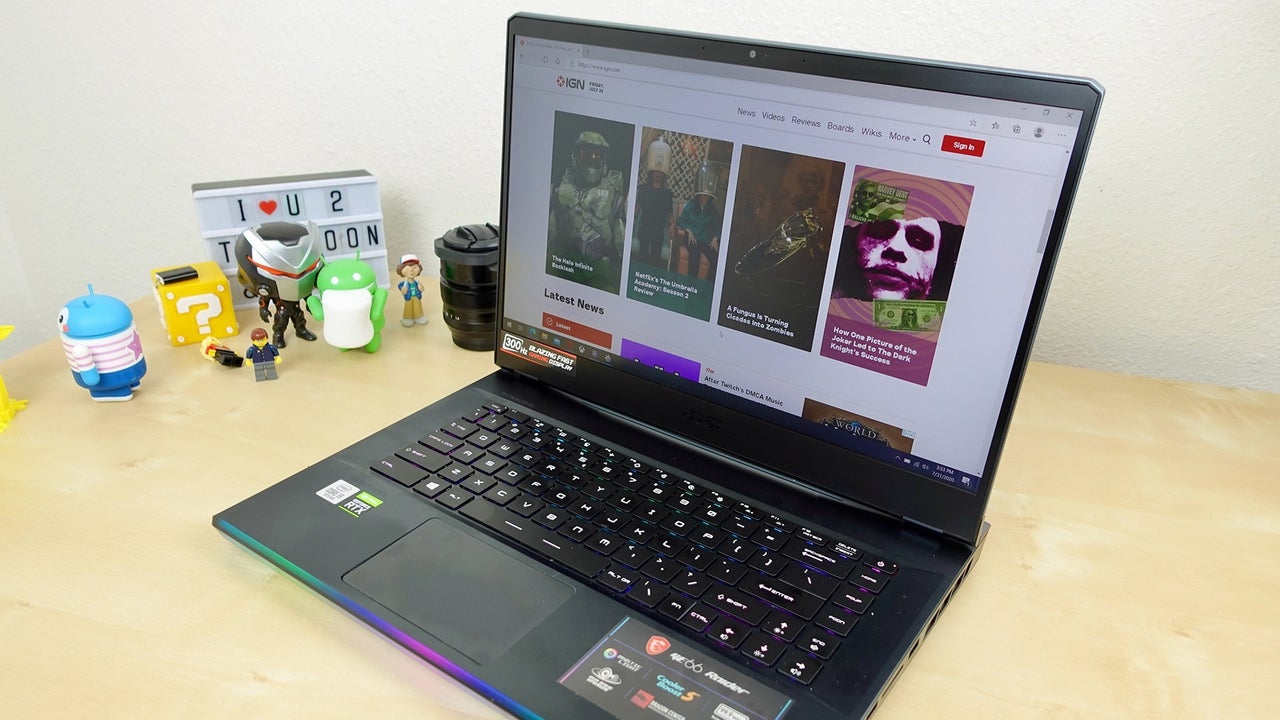 By tracy
It’d be easy to overlook MSI’s GE66 Raider gaming laptop if you passed it on a store shelf. It’s a rather mundane looking laptop, that appears to be a typical gaming laptop with an intriguing name.But passing up on the GE66 Raider would be a mistake. With Intel’s 10th Gen Core i9 processor and an RTX 2080 Super with Max-Q and a 300Hz display, there’s plenty of performance to go around with the Raider.

Here are the specifications of the MSI GE66 Raider I’ve been testing:

The best way I can describe the

By tracy
If ever there was a film franchise perfectly positioned for a modern video game adaptation, it’s Fast & Furious. For a medium so regularly adept at putting us in high-speed pursuits and shoving us through sweeping action sequences, it’s almost baffling that in nearly two decades this series has never spawned a truly top-notch, dedicated tie-in (at least beyond 2015’s small but free Fast & Furious-themed spin-off experience for Forza Horizon 2).Unfortunately, it still hasn’t. Fast & Furious Crossroads is short, shallow, and surprisingly simple, and it’s nothing less than a crashing disappointment in virtually every department.The Fast & Furious film saga’s rise from low-fi Point Break rehash to six-billion-dollar box office brute is the bane of film snobs, but I love it. A high-octane hodgepodge of spy movie madness and telenovela tropes, these films may be dumber than a box of hair but they have oodles of heart – and I am unironically and unequivocally invested in them. I’ve got all the Blu-rays; I’ve got way more of the Hot Wheels than my wife knows about. I assure you; I am all in.

I’m telling you this because I need you to know I’m not punching down here.