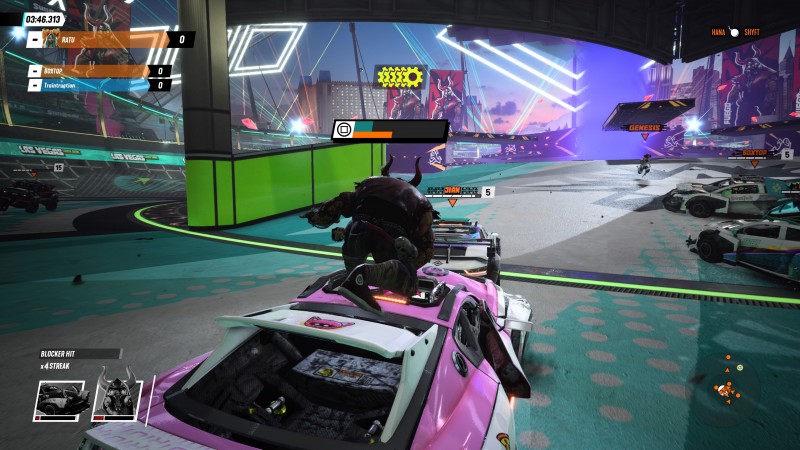 Destruction AllStars targets the dumbest part of our human brains with a simple proposition: Do you want to drive a car around and smash stuff? As a matter of fact, I do. The PlayStation 5 exclusive feels like a throwback to games like Destruction Derby, but it breaks ranks from its other car-combat cousins by letting players run around on foot after their car is destroyed. It’s a neat twist that emphasizes the disposable nature of everything that’s happening – including the over-the-top drivers themselves. The whiplash-inducing crashes and unique character abilities are initially satisfying, but only the most dedicated rubberneckers will find a reason to stick around.

Lucid Games wanted to try something unconventional by making the individual drivers the stars of the auto show. Each of the 16 characters has a bold presence that’s largely conveyed by their wardrobe and cheeky pre-match animations. There’s a lot of pro-wrestling-style posturing, and the introductions by UFC announcer Bruce Buffer are a perfect fit for the game’s vibe.

Events start with a mass scramble, as each character sprints to claim one of several available cars on the arena floor. Think of it like a high-stakes game of musical chairs; if two 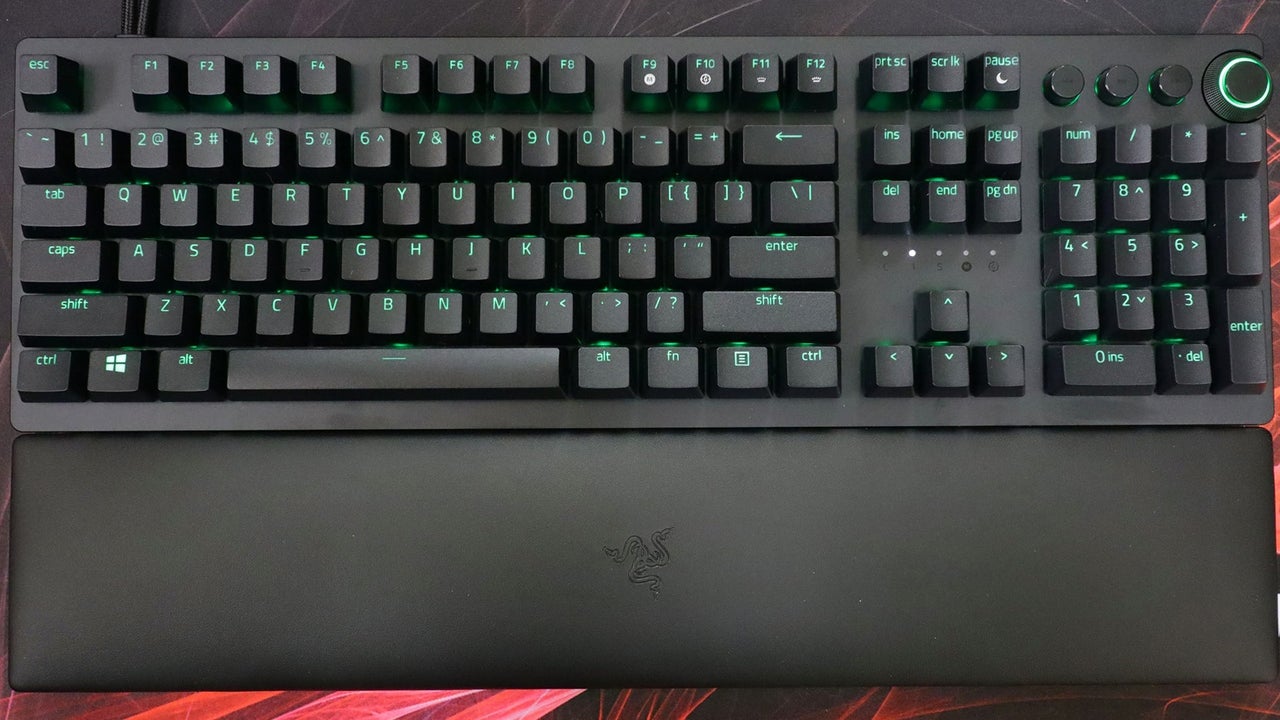 By tracy
Despite all of their different designs, keyboards have felt static for years. Razer is out to change that with the new Huntsman V2 Analog. This new flagship gaming keyboard uses optical switches to provide joystick-like control in games. It’s an innovative twist that mashes together keyboard and controller support into one premium package that can change the way you play. But coming in at $249, these upgrades don’t come cheap. Do these innovations warrant the high price? Let’s take a closer look and find out.

The Huntsman V2 Analog should look immediately familiar to anyone who has been following Razer’s keyboards over the last several years. The V2 Analog is a full-size keyboard and almost an identical twin to last years’ Razer BlackWidow V3 Pro, which was itself extremely similar to the Razer Huntsman Elite launched way back in 2018. It features the excellent multi-function dial and media controls above the number pad, and the same sleek matte black design embraced by all main-line Razer keyboards. And yes, it’s Chroma enabled, because what’s a Razer keyboard without a little RGB customization?

I’m happy to say, with 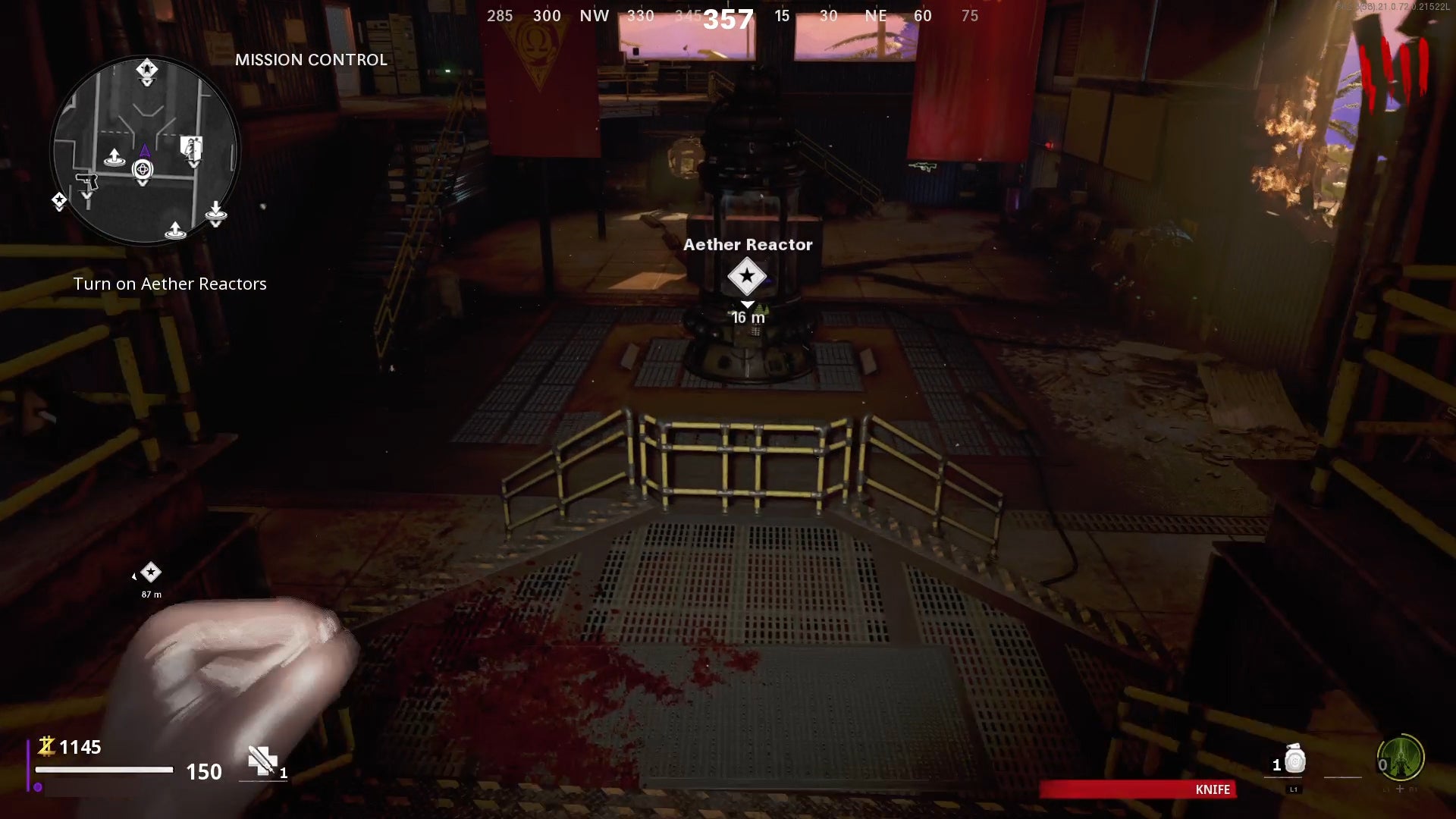 Looking for a specific step? Click the links below to jump to..

Every Way to Unlock the R.A.I. K-84 Wonder Weapon

To unlock the R.A.I. K-84 Wonder Weapon, you will have three different option. The first option is to spend 950 points on trying your luck at obtaining it through the Mystery Box. As you can imagine, your chances of receiving the R.A.I. K-84 will be extremely unlikely. The second option is to get it as a potential reward for completing Trials.

However, there is a third and final option which is arguably the cheapest and most reliable method available. While it may require quiet a few extra steps, you can obtain the R.A.I. K-84 Wonder Weapon for free by simply collecting a series of weapon parts.

For a complete guide on unlocking the R.A.I. K-84 Wonder Weapon for free, continue reading our guide below.

Listed below is a completed walkthrough for obtaining the R.A.I. K-84 Wonder Weapon for free during the Firebase Z Easter Egg.

Step One: Turn On the Power

Before you can obtain the R.A.I. K-84 Wonder Weapon, you will