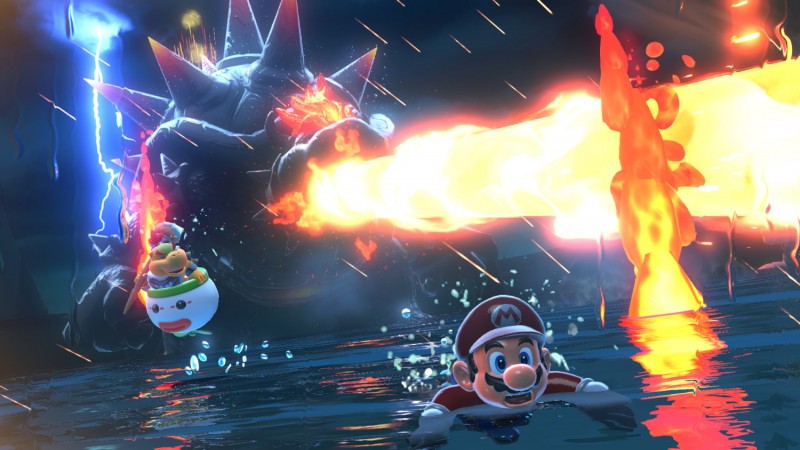 When Super Mario 3D World was released in 2013, the adventure was widely praised for its outstanding level design, precise gameplay, and chaotic co-op. However, since it debuted on the poor-selling Wii U, it is often overlooked in discussions about the best games in the Mario franchise. Now, Nintendo is giving a wider audience a chance to play the superb 3D adventure (this time with online co-op) while also adding an all-new experience in a fun side game called Bowser’s Fury.

The meat of the package is the port of Super Mario 3D World. Nearly 100 linear, fixed-camera stages wait for you to run, jump, and explore by yourself or with up to three friends. Each one presents clever gimmicks; my favorites include levels based on timing your jumps with the music across disappearing platforms, using ever-increasing clones to open new areas, or playing through sections of a stage with only the shadows cast on the walls.

Every level contains secrets galore, including collectible stamps and green stars, but the power-ups offer the greatest rewards. The Super Bell, which turns Mario and company into cats, adds useful melee and climbing abilities. Old favorites like the Super Leaf, Boomerang Flower, and 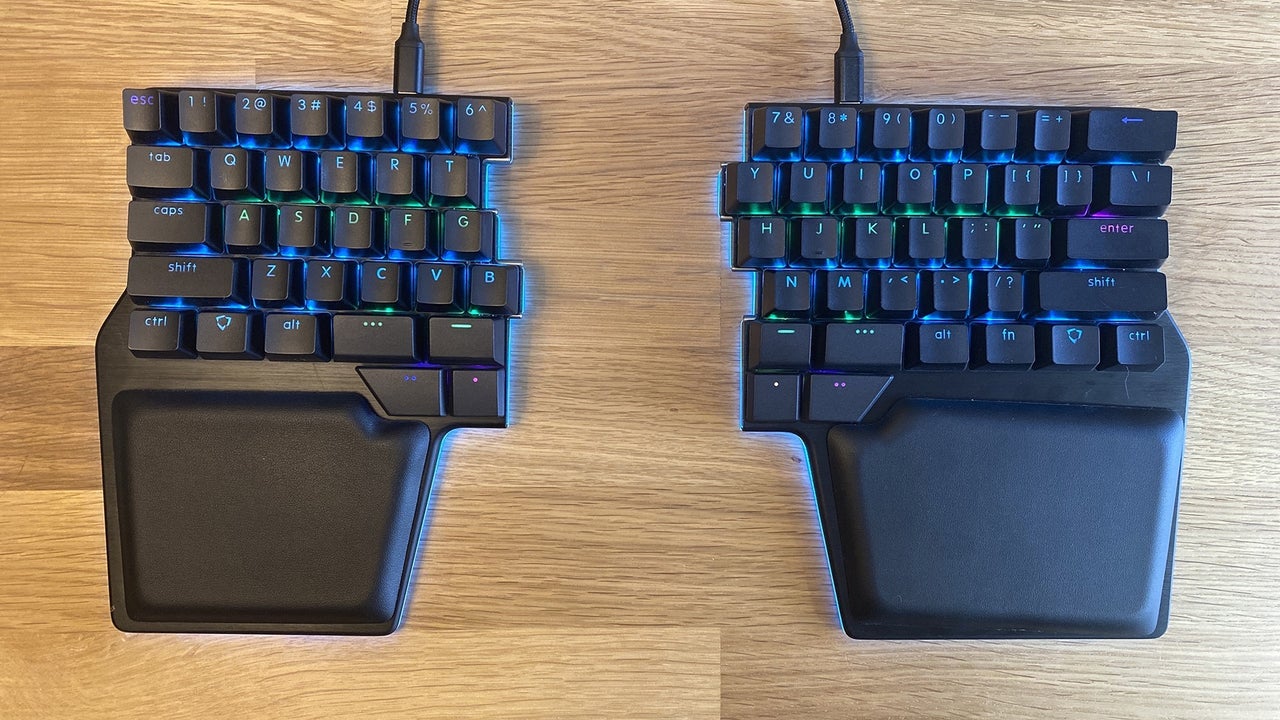 By tracy
The Dygma Raise, a split keyboard designed specifically for competitive gaming, seeks to reconcile two opposing needs for competitive players – the desire for high customization and the need for an ergonomic design that can slow the muscular damage that relentless keyboard use does to your hands, wrists, shoulders, and back after weeks, months, and years of working and playing at your computer every day.In gear design, Esports and ergonomics concerns often clash, forcing designers to choose between “high-performance” and “high-comfort.” In mice, competitive players want the lightest design possible, so manufacturers shave weight by making them smaller and more streamlined, at the expense of a supportive shape. In keyboards, the trend toward smaller layouts allows players to tilt and reposition their gear in more ergo-friendly ways for gaming, though it’s not a complete fix and doesn’t help when you turn your game off and go back to typing.

Dygma isn’t the first company to design a split gaming keyboard, but many of them – certainly great models like the Kinesis Freestyle Edge RGB – put ergonomics first, and offer far less in the way of customization. The Raise, by contrast, is very specifically designed as an Esports tool. 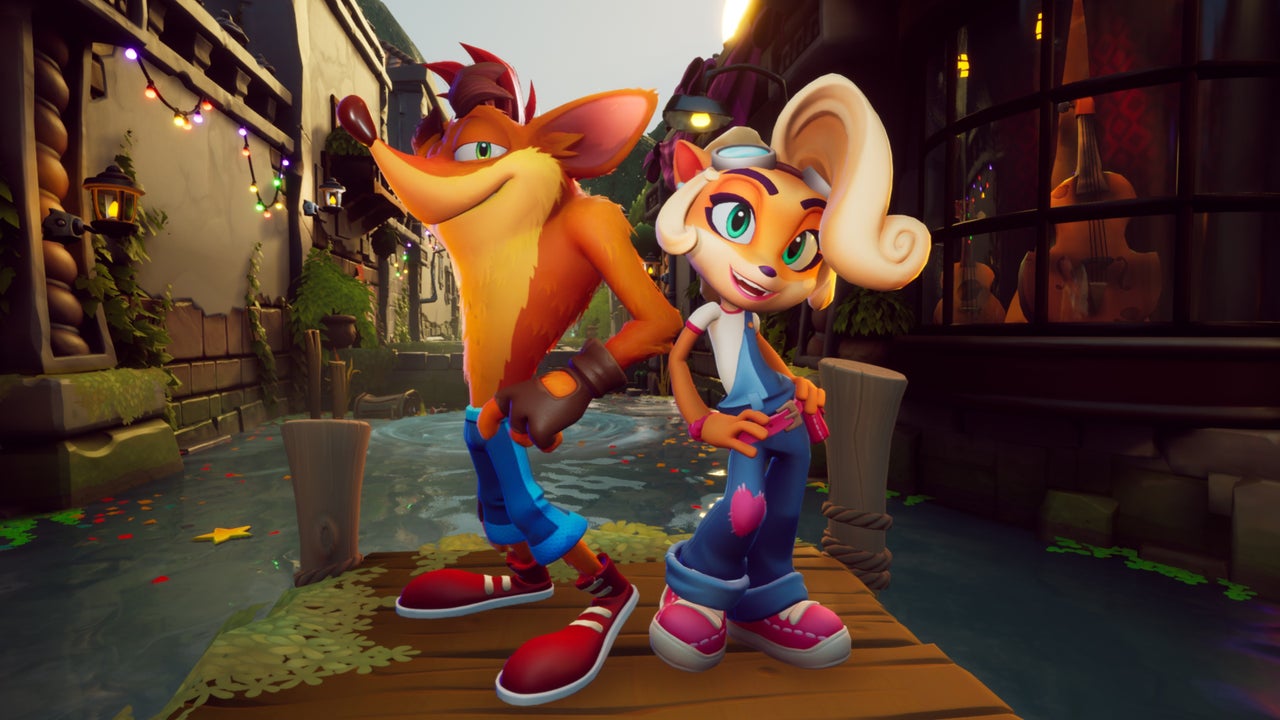 By tracy
Crash Bandicoot 4: It’s About Time is making its way to PS5, Xbox Series X and Series S, Nintendo Switch, and more this year, following its 2020 debut on PS4 and Xbox One.Activision and developer Toys for Bob have announced that Crash 4 will be released for PS5, both Xbox Series platforms, and Nintendo Switch on March 12, with a PC release via Battle.net sometime later this year. The PS5 and Xbox Series X versions will run natively at 4K 60 FPS, while the Xbox Series S version will run at 60 FPS with upscale to 4K. These next-gen versions will also include faster loading times and 3D audio, and players who have already purchased It’s About Time on PS4 or Xbox One can upgrade to the respective next-gen version at no extra cost, except for in Japan, and transfer over save data.The PS5 version of It’s About Time will also make use of the DualSense’s adaptive triggers when using weapons like Neo Cortex’s blaster and Tawna’s Hookshot, while Activity Cards on the system will offer breakdowns of progress in each dimension.

For those not upgrading, the PS5/Xbox Series versions will cost $59.99, and the Switch version is available