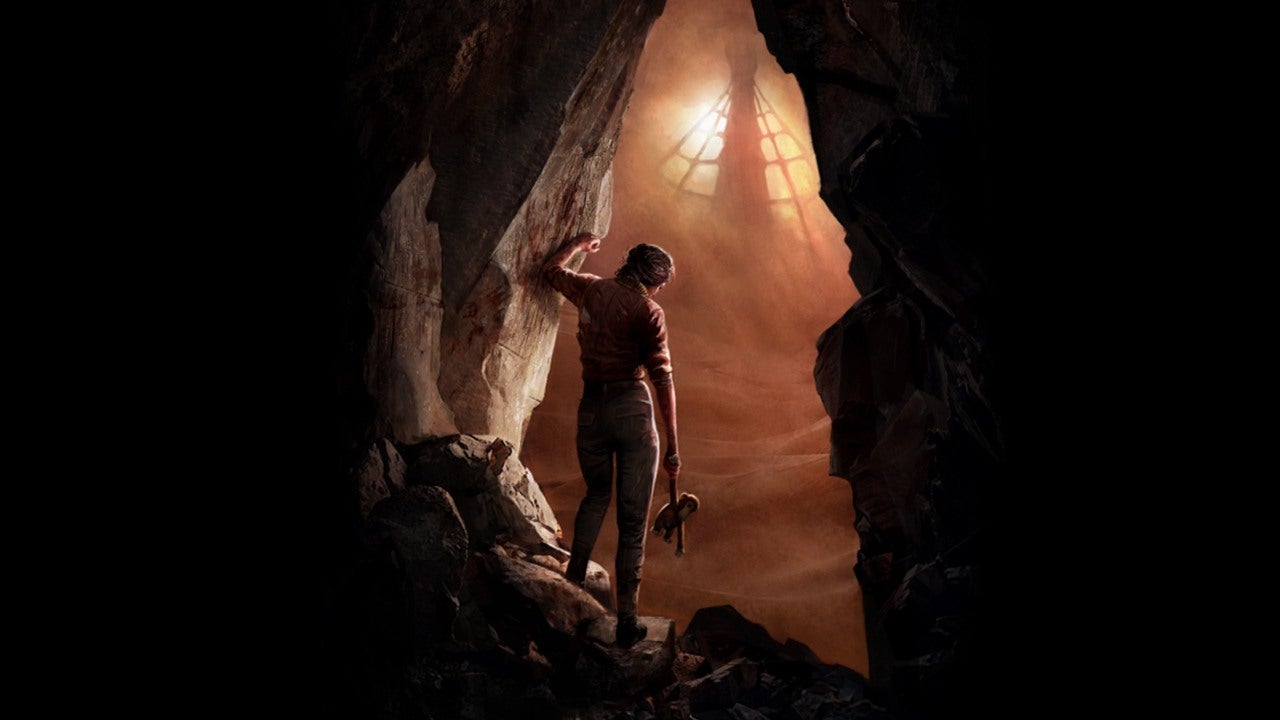 Few fears grip human consciousness with tenacity like uncertainty does, where self-assuring deep breaths are all that stand between you and a downward spiral. Amnesia: Rebirth instilled similar anxieties in me – either through unceremoniously ripping away light sources that keep its oppressive darkness at bay or by devilishly revealing the monsters hidden within all along. This first-person fright fest from developer Frictional Games had me gleefully sweating bullets throughout most of its tense seven-hour campaign, and it’s one nightmare I won’t forget anytime soon.

Amnesia: Rebirth opens with a thunderous plane crash smack dab in the middle of Algeria’s harsh Sahara desert. You play as Tasi Trianon, a passenger who awakens alone amidst the wreckage. She has no memory of what happened to her colleagues or why their anthropological expedition has gone to hell. Worse yet, a mysterious sickness pulses through her veins, causing intermittent bouts of unbridled rage. Eager to ensure she doesn’t end up an easy meal for the vultures circling above, I shuffled toward a nearby cave entrance thinking it was safe. Though trading the vast, scorching desert heat for a claustrophobic, shaded cavern was, in truth, Amnesia: Rebirth cleverly teasing how I’d soon come to miss that light.

Inside was an abandoned camp, with shadows swallowing up the cave’s back end. If I tried stepping in them, serpentine tendrils crept into Tasi’s vision, while sounds of insect-like skitters began trickling out of my headphones – a spine-chilling introduction to the fear system. Staying near light sources is a must as the dark will chip away at your fear level otherwise, eventually resulting in a soft fail state. Flippantly trudging into the abyss without a light inevitably results in Tasi slowly succumbing to her rage while bouncing off the walls in a fit. You’ll regain control shortly afterward, thankfully, and there are tell-tale warning signs that you should always pack incandescent goods. Flashes of eldritch monoliths and contorted bodies across the screen (courtesy of her dwindling courage) generally signaled that I should quickly double back and scour an area for supplies before moving on. That first encounter left my arms covered in goosebumps, nervously smiling over just how damn unsettling it all was. Darkness is an oppressive foe on its own in Amnesia: Rebirth, which is familiar territory to anyone that braved the halls of Brennenburg Castle in Amnesia: The Dark Descent. But this time, there are several means of illuminating your path.

While scrupulously picking apart every makeshift hovel in that first camp, I came across some matches. These invaluable tools are new to the series and vital for keeping your fear level in check. After all, tip-toeing about spooky underground tunnels is much easier after a sparked match pierces the pitch-black veil like a hot knife through butter. It’s quite satisfying to watch their stems gnarl backward as flames inch toward Tasi’s fingers. A steady hand is essential, though, as any knee-jerk movements will put a match out. Given that they have a one-time use, every matchstick is precious.

Armed with these miniature torches, I trepidatiously sauntered into the murky depths. Careful to ignite wall-mounted touches and bonfires along the way while not panicking when a match burnt out. Keeping a cool-head is easier said than done, though. The ever-looming threat posed by darkness feels like you’re always in the crosshairs of some disembodied malevolence, eager to pull the trigger when your guard is down. It’s frightening yet exhilarating. For example, while hunched-over in a low-roof crypt, water droplets from the ceiling doused my last matchstick. Then those cold, dead tendrils slithered into view, causing me to wince and waddle as fast as I could to the nearest bonfire. That’s the gambit posed by matches: you’ll find them all over the place, but their protection is fleeting. That short-lived nature is why I was thrilled to see a series-favorite brass tool return as well: the lantern.

With every reluctant step taken in this underground cave system, I’d grown increasingly worried that matches were my only line of defense. Then, the lantern turned up. This oil-burner still works wonders for managing your fear level, yet its utility is wholly different while exploring. The lantern is a steadfast mobile spotlight, where twitchy movements or sprints are no danger to its flame – a perfect complement to the fickle but plentiful nature of matches. You’ll swap between both regardless, given the necessity to procure oil. So the lantern is no replacement, just another option in your toolkit.

After I dusted off my lantern, the path forward was obvious. As tense as this opening cave section is, it does eventually outstay its welcome. There wasn’t a puzzle or beasty run-in during the entire section, just a lot of walking from entrances to exits, which got tedious after nearly an hour of it. However, that all changes when you reach the fort.

Amnesia: Rebirth holds nothing back in the military fort, testing both your noggin and running shoes in the best ways.. For example, a massive locked gate stands as the inevitable exit, with the key thrown away long ago. Plopped in the middle of the courtyard, however, is a derelict tank with a functioning cannon – practically begging to blow the gate off its hinges. But rather than just find ammo, you get a note outlining the chemicals and parts required to macgyver tank shells together. Rebirth’s path branches from here, and you can check this list off in whatever order you choose. So I cautiously began searching for these supplies.

The military fort is where Amnesia: Rebirth is firing on all cylinders. Corridors are rife with candles, but you must pick-and-choose which to ignite as it’s easy to use up matchstick supplies if you’re not frugal. It isn’t ideal leaving one room incandescent and another black as midnight on a moonless night, especially when the latter holds a puzzle’s solution that you desperately need. Of course, the lantern comes in handy here, but oil is not exactly abundant. I always rationed light sources for puzzle rooms once I’d identified them, as they’re sinister Rubik’s cubes that mustn’t be rushed. In one a booby-trapped door was between me and the sulfur I needed for tank shells. Yanking it open would set off explosives, vaporizing Tasi, so I avoided that. The solution, which I’ll avoid revealing, was quite creative and satisfying to figure out.

My heart nearly stopped-dead whenever a ghoul slammed a door behind me.

Of course, it wouldn’t be an Amnesia game without something horrible on two legs trying to gut you like a fish. Ghouls, as they’re appropriately dubbed, carry on that proud tradition. My heart nearly stopped-dead when one of these gangly uglies slammed a door behind me. You can’t fight them off, so hiding is always the best course of action. The trouble is, catching a glimpse will drive your fear level up while matches and the lantern give away your position. It’s utterly terrifying hiding in a dim corner, with every muscle insisting that you either run or light a match because the darkness is ripping your mind apart, but acting on those impulses will cause a ghoul to do the same.

Every minute of the military fort was a delight. It has strong Amnesia: The Dark Descent vibes thanks to its branching paths and lovingly crafted puzzles, which is pure nostalgic goodness for a long-time fan like me. In fact, when I finally did make it through, I was actually sad to bid my farewells to this wonderful deathtrap.

Turns out I was right to be, because much of what made gameplay so compelling inside the fort doesn’t carry over to the remainder of Rebirth. Instead, it slinks back into the opening hours’ straightforward hallway-scouring with little to no variety. Ghouls are so scarce that you rarely need to worry about bodily harm aside from mitigating your fear level. Puzzles suffer too, as they are either startlingly brief or don’t tie-into their surroundings as thoughtfully as the tank puzzle. What irked me most of all, though, was how chances to venture off the beaten path seldom happen. Even the rift amulet, a magical trinket that rips open holes in spacetime, is mostly relegated to carving out predetermined burrows where a door would have sufficed. However, as I pressed on, harboring any disappointment was challenging because the storytelling made up for these shortcomings.

Without wading into spoiler territory, especially since there are some significant plot revelations very early on, Amnesia: Rebirth’s story was utterly captivating. Yes, its protagonist suffering from amnesia is immensely trite (even if it is right in the name), but the hard-hitting revelations unfold much differently than you’d expect. It’s a tale of trauma twisting people into unrecognizable husks by scattering their cherished memories to the wind. Tasi’s quest to reunite with her colleagues takes some disturbing turns, but the beautiful moments shine that much brighter because of how bleak the story can be. Where there is darkness, the light will always rise to meet it.

CategoryHardware
Bethesda Sued for $100 Million After Alleged ‘Intentional Sabotage’ of Rune 2 to Protect The Elder Scrolls
Spider-Man: Miles Morales Actor Heard About His Spin-Off at the Launch of Spider-Man PS4