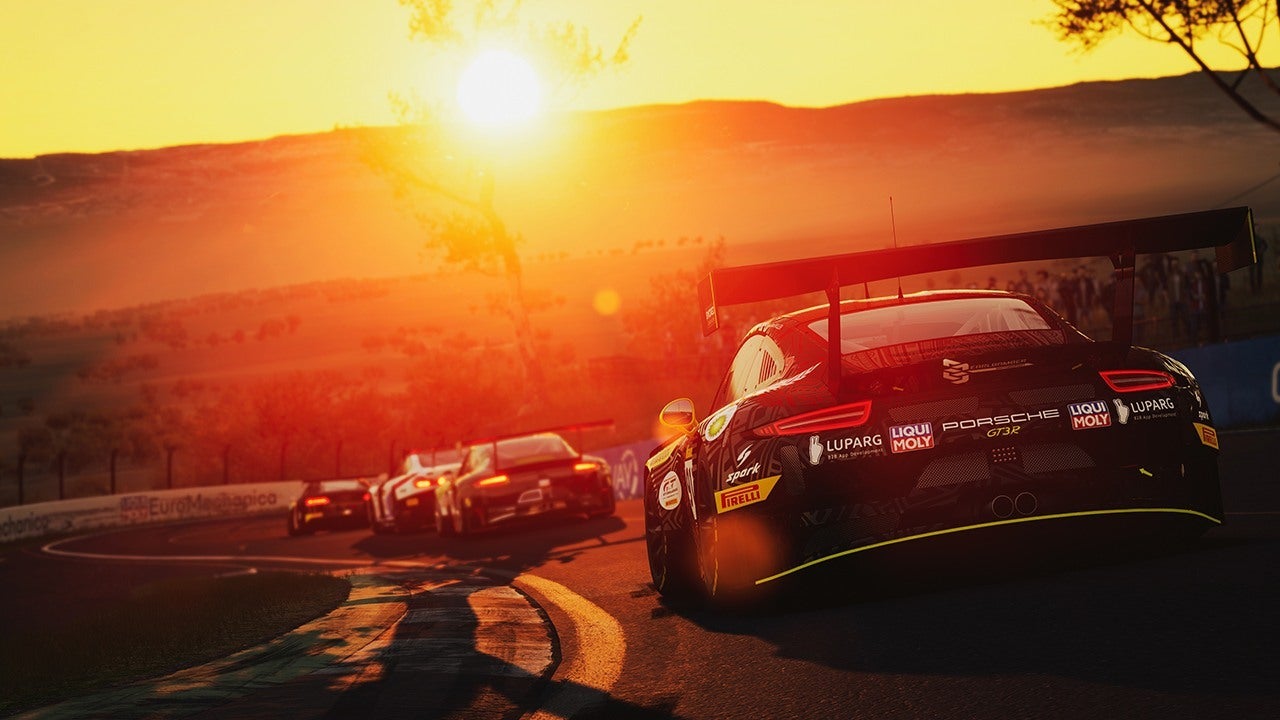 505 Games and Kunos Simulazioni have confirmed that acclaimed GT racing simulation Assetto Corsa Competizione is coming to PlayStation 4 and Xbox One on June 23. It will be available digitally and at physical retail.

The official game of the Blancpain GT Series, Assetto Corsa Competizione is a spin-off to 2014’s original Assetto Corsa and focuses on authentic GT3 racing. It was originally released out of Steam Early Access on PC in May 2019.

All tracks from the 2018 and 2019 Blancpain GT Series are featured, including laser-scanned versions of Monza, Paul Ricard, Zandvoort, Brands Hatch, Zolder, Silverstone, Misano, Spa, Nürburgring, Hungaroring, and Catalunya. Four tracks from outside Europe were added to the PC version in last month’s “Intercontinental GT Pack”, including Bathurst, Laguna Seca, Kyalami, and Suzuka. The “Intercontinental GT Pack” will be a pre-order bonus for console players but will also be available for separate purchase at some point following the game’s release.

“Competizione is the finest expression of the Assetto Corsa brand, aiming to be known as a synonym of realism,” said Kunos Simulazioni co-founder Marco Massarutto alongside the announcement. “Console players have shown their high appreciation towards our approach to racing simulations, so we are certain they will appreciate our efforts to bringing also to their favourite platforms the experience, accuracy and depth that Assetto Corsa Competizione has to offer on PC.”

Kunos Simulazioni has confirmed the studio is also preparing further content for Assetto Corsa Competizione on both PC and consoles, including a GT4 pack that will add over 10 more cars and a British track pack “offering three new iconic circuits that complete the seven-race calendar of the British GT Championship.”