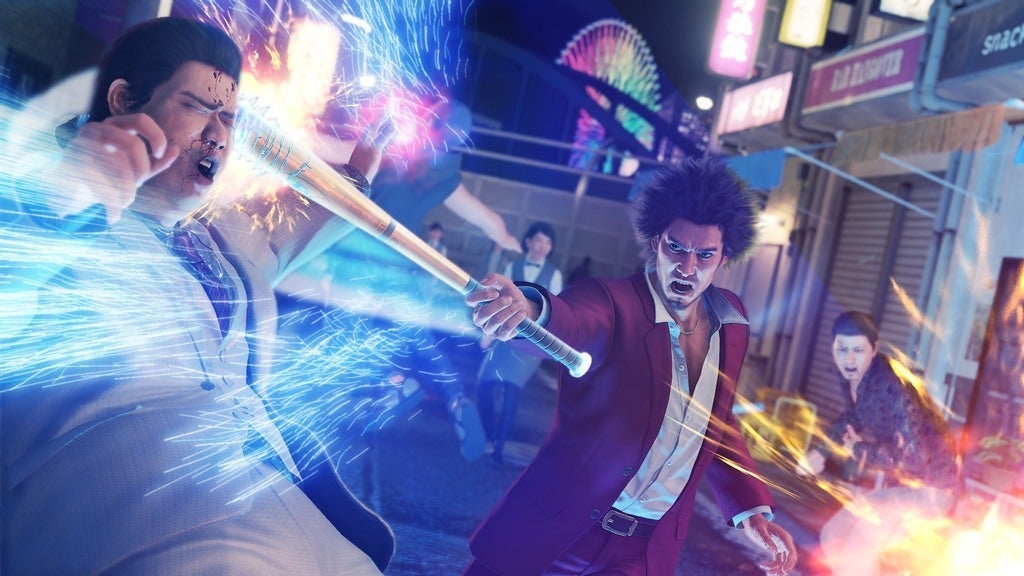 Beginner How To Guides – Yakuza: Like a Dragon Wiki Guide

How To Use The Turn Based Battles

Yakuza: Like A Dragon has eschewed the usual action combat system for a turn based affair, which comes with a new set of rules. Typically, you and your party will attack, then the enemy, and so on. However, as the game goes on, this will get a bit more complicated as certain bosses will attack more regularly. They’ll be explained on a case by case basis in the walkthrough.

In the battles itself, every turn you basically have four options. You can Attack, which is a regular attack with fists or a weapon, which does decent damage and is free. You can also use Skills, which are usually more powerful attacks, which can inflict status damages or attack a wider area. There are also buff Skills, which give you or your party a boost, but do no damage. These Skills will cost a set amount of MP.

The third option is Items. By selecting this, you forgo an attack and instead use a consumable. This may be used to revive a fallen party member, give you or someone else a health boost, cure a status ailment, or provide a stats buff. The final option is Guard, which will help protect you against a powerful attack. You can tap Guard when the enemy attacks you, even if you didn’t select Guard, and you may get a Perfect Guard with the correct timing, resulting in less damage.

How To Use Skills

As above, these are used during the turn based battles, and have a specific button assigned to them. This brings up a list of your Skills, which is affected by your level and Job. Each skill will have a number next to it, which indicates the amount of MP needed. For attacks, they’ll also say Light, Medium, Heavy, or Extreme, which tells you their power, and will say either 1 Enemy or Enemy Area, letting you know how many enemies they will affect.

There are a few different ways to heal in Yakuza: Like A Dragon, and considering a lot of battles become about attrition, you’ll need to know them. In battle you can heal either by taking an item, or by using a healing Skill. These items can be found scattered around the open world, or can be found in shops. You can find and buy MP items, which do the same but for MP instead of HP.

You will also automatically heal whenever you level up, which can be handy when you’re up against a run of enemies who give out big XP.

In the open world, you can again use your MP healing abilities from the pause menu, and can find Recovery Stations scattered around in dungeons and at your hideouts. These stations will recover MP too.

How To Complete Substories

For some, you will need to bring an item (a sushi set, a bottle of water, etc) to complete a substory. In that case, the blue speech bubble will be on the destination, rather than the location of this item. Check out the Substories Guide for specific advice on any items you need.

How To Use The Map

You open the map using the Window button on Xbox, which brings up the world map which has all the points of interest labelled, and can have pins dropped on it. This is especially useful because the map in the main Task menu has no markers on it at all aside from Substories and Objectives.

How To Change Jobs

As part of the early story, you will head to Hello Work several times. At your third trip (all unmissable as part of the story), the second desk will open up, and you will be able to change jobs. Each character has a specific set of jobs, with more able to be unlocked once you have raised each character’s level and their bond with Kasuga. Eahc job has specific skills sets depending on how you want to build your party. For example, Barmaid Saeko is a Brawler, while Idol Saeko is a Healer.

You can change jobs as often as you want for free, but each needs to be leveled up through battles. Check out the Job Guide for more info.

How To Get Better Gear

As well as leveling up, having good gear is a key part of success in Yakuza: Like A Dragon. Your gear consists of a weapon, helmet, torso protection, leg protection, and boots, as well as up to two accessories. You can give each character the strongest available gear by going onto their gear menu and selecting ‘Optimum Gear’.

If you do this for each character, it will select the strongest, then second strongest, and so on, rather than just swapping around the best gear from person to person. This option will not change the accessories, however, as there’s not really a ‘strongest’ option, it depends on how you want to buff each character.

How To Raise Your Bond

Bond is raised automatically in battle, but it will lock once each level is maxed out, and won’t increase further until you talk to that party member in the Survive Bar. Check out the Bond Guide for more info.