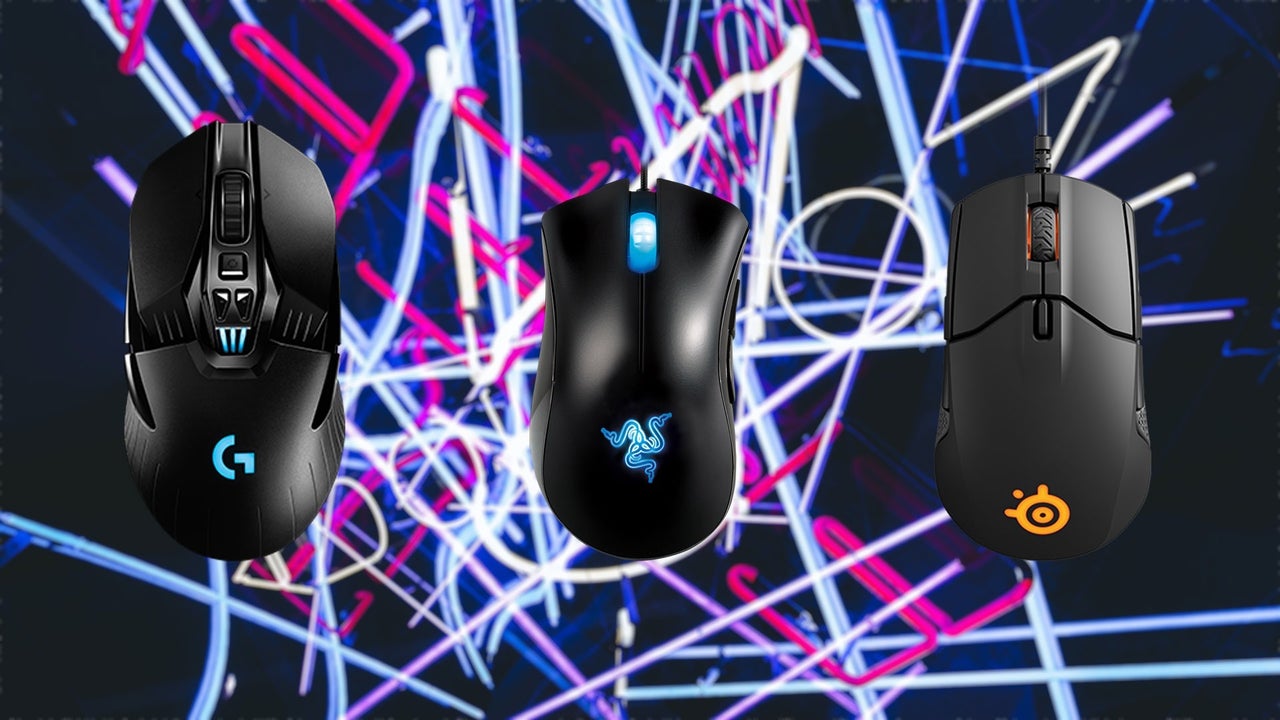 For too long, left-handers have been treated like second-class citizens – but no more. When it comes to gaming mice, there’s a huge assortment of options to pick from. While the majority of southpaw-friendly mice are ambidextrous, there are a few ergonomically designed for left-handed use.

We’ve rounded up some of the best below. Take note that while there are heaps more great left-handed mice out there, we’re focusing on the ones best suited for gaming. Let’s get to it.

TL;DR – These are the Best Left-Handed Gaming Mice

Much friendlier than it sounds, the Deathadder is strictly for left-handers only. First of all, its almost-entirely uniform plastic and ergonomic design make it quite possibly the most comfortable mouse on our list.

The downside of that smooth, uniform plastic design is that there are fewer buttons to play with – but the five that are there are fully reprogrammable. There’s a precision 3.5G infrared sensor, with 1000Hz ultrapolling technology to give it a 1ms response time (translation: good for pro-gaming!). It’s reasonably weighted too as 0.33 pounds.

It comes with a cord that stretches more than six feet, which can feel a little unwieldy when used with a gaming laptop. Still, the DPI can go as high as 2,500, which is quite impressive for a mouse at this price point, and a 1ms response time means it’s ready for the pro leagues. Plus, at $20, who’s arguing?

Logitech absolutely nails it with the G903 (see our review), which is both wireless and incredibly comfortable. Granted, this is actually an ambidextrous mouse, but so are many of the best left-handed options.

You’ll get up to 24 hours of playtime with the RGB lights on, 32 with them off. But – get this – when you use the G903 with Logitech’s Powerplay mouse pad it will actually charge itself, ensuring you never get caught short.

With a report rate of 1ms, it also has a lighting-fast response time, meaning it’s ready for professional and non-professional gaming alike.

The SteelSeries Sensei 310 (see our review) brings a lot of good stuff to the table. First of all, it weighs just 3.2 ounces, so it’s incredibly light without feeling cheap or hollow. Secondly, it’s been designed for palm and grip styles, with textured grip panels on each side so you don’t slide off during those intense (and sweaty) sessions.

What’s more, the “Advanced Jitter Reduction” gives the mouse more natural movement. We also love the split-trigger buttons on the side. You can save all your lighting (16.8 million colors to choose from) and performance settings directly to the mouse too. Just note that this one is wired-only.

For those who want serious range

The second Razer mouse on our list, this ambidextrous option has an impressively high 16,000 DPI (scroll down for more on why that’s important), nine programmable buttons and customizable lighting – with 16.8 million color combinations to choose from.

There’s a rubberized wheel and tactile grips on both sides so you stay in control when things heat up, while the onboard storage lets you save your settings directly to the mouse. It runs on a single AAA battery, so this it’s not rechargeable unless you plug in a rechargeable battery.

For a very reasonable price, the Corsair M55 RGB Pro (see our review) brings a lot to the table, starting with a comfortable design that only weighs 0.2lbs (89g). Combine that with a 12,400 DPI and eight fully programmable buttons, and you’ve got a mouse that’s not only ready for some serious gaming but won’t break the bank doing it.

It doesn’t feel as premium as more expensive mice on our list, but the Corsair is an affordable all-rounder that doesn’t disappoint.

What to Know About Left-handed Gaming Mice

Your choice of a wired or wireless mouse may come down to personal preference, but be aware of some immutable facts. Firstly, wireless mice can give you a bit more freedom than wired mice simply due to having no cord to drag them down.

The good news is that, on the whole, wireless mice are now just as responsive as wired ones, so lag shouldn’t be a problem – but we’d always recommend reading reviews before purchase.

The biggest drawback of wireless mice? The higher price.

If you’re buying a mouse for gaming, you need to pay more attention to response time and DPI.

The optical sensor is what controls the mouse response rate. For gaming, you want a mouse that has a 1ms response rate. When it comes to DPI (dots per inch), you have more space to play with, and many mice will actually let you set your desired DPI within a specified range.

The higher the DPI, the more sensitive the mouse; if you’re using a lighter gaming mouse, then you’ll want the DPI to be lower. Truth be told, most gamers keep their DPI below 1000, but we’d recommend choosing a mouse that has at least 1,600 DPI.

Hugh Langley is a tech journalist who’s fascinated by wearables, health tech, the smart home, and more. You can find him tweeting (often nonsense) over at @hughlangley.