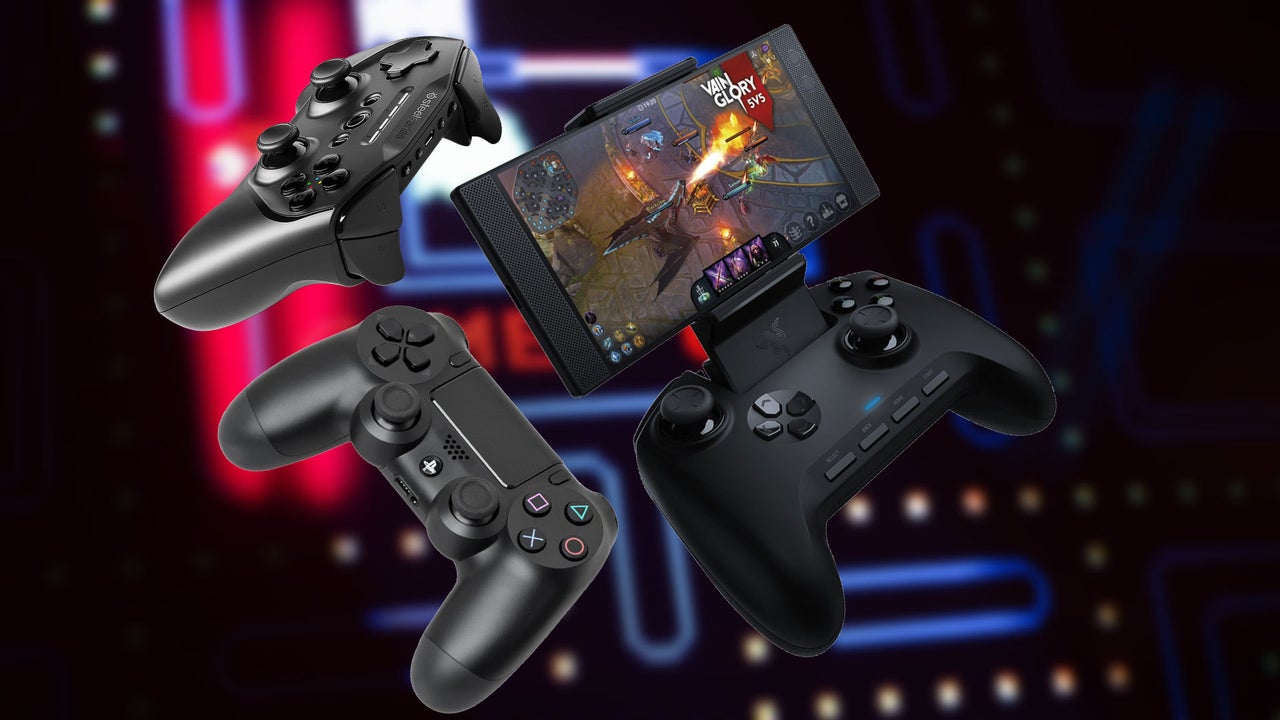 Best Phone Controller 2020: Take Your Gaming on the Go With a Smartphone

April 25, 2020 Off By tracy
It’s 2020. If you’re not gaming on your Nintendo Switch during the morning commute, you’re doing it on your smartphone. Just one problem: touchscreen controls on smartphones and tablets can be…awkward.That’s why we’d recommend a phone controller to any serious mobile gamer. There are heaps that work with both iOS and Android, and luck for you we’ve rounded up the ones we consider to be the best. Get a load of these.

TL;DR – These are the Best Phone Controllers:

The controller runs on two AA batteries, which is a good or bad thing depending on your preference, but personally, we like having one less thing to charge. The controller doesn’t have a grip, so you’ll need to supply your own – or find something to prop your phone/tablet up against.

It’s a superior controller to the Status XL thanks to the new, more comfortable design and the rechargeable battery, which the XL doesn’t have. Best for Android phone and PC users only – for iPhone, check out the SteelSeries Nimbus below.

A great choice for iPhone users

If you’re a PlayStation 4 gamer at home and don’t like the idea of rewiring your brain to a different layout, the Nimbus takes the PS4’s same analog stick layout, along with a four-way directional pad, four action buttons, two bumpers, and two triggers.

This is the iPhone user’s answer to the SteelSeries Stratus Duo, complete with a Lightning port to recharge the battery, which should net you a little over 40 hours of playtime. There’s no mount, annoyingly, but we do like the haptic feedback motors that give our mobile gaming a little extra edge.

It would be remiss of us to include the Xbox One controller and not mention Sony’s DualShock 4, which also works with both iPhone and Android devices. If you’re a PS4 player at home, you’ll probably already have one of these PS4 controllers hanging around; pairing it with your mobile device is nice and easy.

While we personally prefer the comfort of the Xbox One controller, the DualShock 4 is still a fantastic gamepad. In fact, those who find the Xbox One’s a little too chunky are more likely to prefer Sony’s alternative. It does, however, have a far inferior battery life. You can also pick up a phone mount from one of the many PS4 accessory makers.

If Nintendo’s SNES is a major feature of your childhood memories, then this one’s for you. The 8BitDo SN30 is both a great mobile controller and a shameless appeal to nostalgia. And sure, you could actually use it on your Nintendo Switch for the ultimate throwback, but it also makes a great retro accessory for your Android phone (sorry iPhone users, but this one’s not compatible).

Better still, the controller’s color options are based on variations of Nintendo’s original Game Boy Pocket. The price is good, too.

As another of the more established names on this list, it’s no surprise to see Razer turn in one of the more “elite” mobile controllers on our list. It can connect over Bluetooth or wired via one of the USB-C cables that Razer bundles in the box.

The controller also has a built-in dock for your phone, which slides upwards and should have no problem handling most Android handsets. Our favorite bit is the companion app, which lets you map buttons and adjust the sensitivity of the analog sticks. The downsides: it’s an expensive controller, one we’d only recommend for the most ardent of mobile gamers. Android only.

What You Need to Know About Mobile gaming controllers

Compatibility: First things first, make sure the controller works with your mobile device. A lot of mobile controllers are Android-only, but there are plenty of iPhone options too. And pay special attention to the version compatibility, especially if you’re running an old version of Android or iOS, as some controllers will need newer versions to work.

The games: Some games are better suited to specific control types, so you need to think about the types of games you tend towards. More of a touchscreen puzzle player? A mobile controller might sooner find itself in a draw collecting dust. But if you play a lot of first-person shooters or find yourself longing for more precision in your platformers, then chances are your gaming experience will improve vastly with something more tactile.

Mounting: If you’re playing with a mobile controller, then you’ll need something to hold up your phone or tablet. Some controllers come with a mount, some don’t. You could also get a stand for the phone, which is great if you have a surface to play it on, but less helpful when you’re trying to cram in a quick game of Fortnite on the bus. A mount, either built-in or attachable, is recommended.

Hugh Langley is a tech journalist who’s fascinated by wearables, health tech, the smart home, and more. You can find him tweeting (often nonsense) over at @hughlangley.