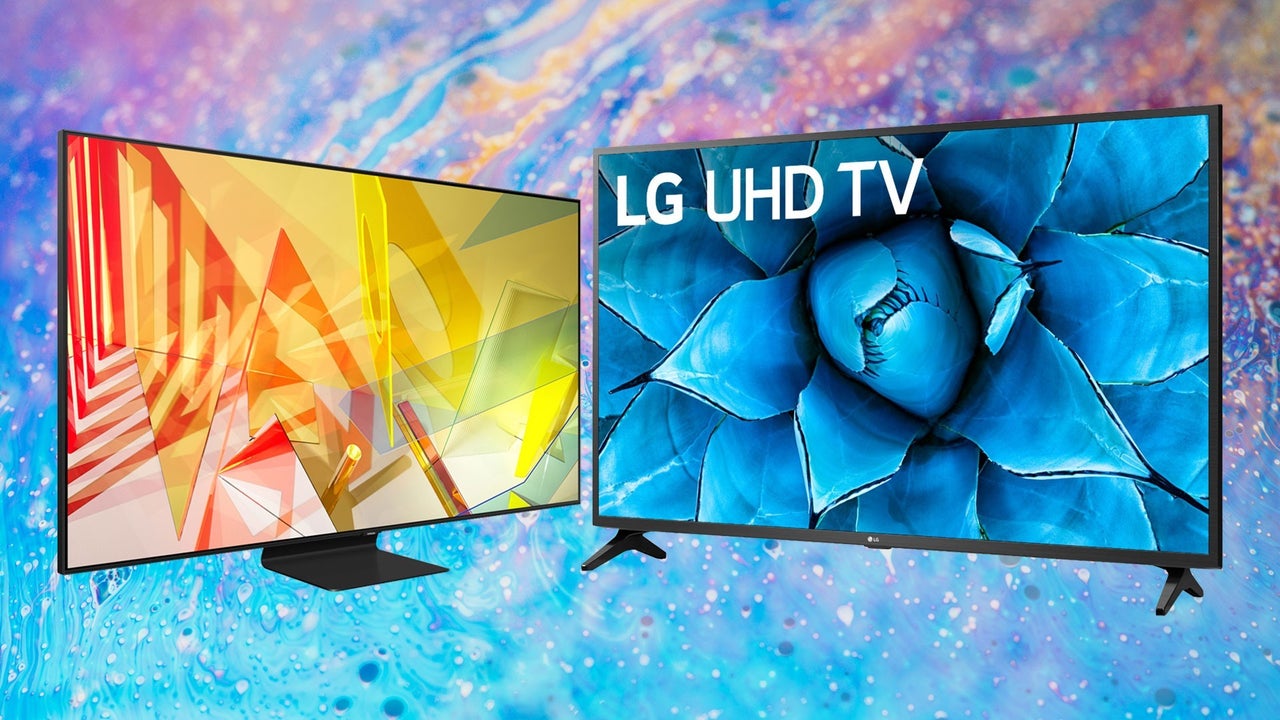 September 23, 2020 Off By tracy
So you’ve got your PS5 preorder and/or Xbox Series X preorder locked in already, but is your TV ready? If you want the best looking picture, you need the best gaming TV for the PS5 and Xbox Series X or Xbox Series S. Both consoles are designed to output a true 4K picture that’ll look dramatically better than anything the PS4 Pro or Xbox One X, so you’ll definitely want to get yourself the best 4K gaming TV money can buy and good news for you is there’s actually quite a few budget gaming TVs that can also display a great image.Like the next-generation consoles, this year’s crop of TVs step things up by offering HDMI 2.1 ports for 4K 120Hz gameplay, and almost all of them come with FreeSync support to help smooth out your frame rate. What’s more, we’re seeing some of the brightest TVs to ever release and the number of local dimming zones has never been higher. If you’re looking for a great looking and performing gaming TV, look no further. If you’re browsing in the UK, click here to find out where you can find the best TV for gaming.

TL;DR – These are the Best Gaming TVs:

Bar none, the LG 65″ Class CX Series Smart OLED 4K TV (OLED65CXPUA) is the best gaming TV you can buy. It costs a pretty penny at $2,500 but it’s one of the best screens for gaming thanks to its quick response time and native 120Hz refresh rate. As OLED displays are emissive – which means each pixel produces its own light rather than a backlight – you can also get true blacks right next to bright highlights, so this television will give you a fantastic HDR experience.

The LG OLED65CXPUA also comes equipped with four HDMI 2.1 ports so you’ll be able to enjoy the 4K gameplay at up to 120Hz streaming from either the PS5 or Xbox Series X. LG’s OLED line is also one of the few TVs that supports both FreeSync and G-Sync at the same time, so you’ll basically never see screen tearing or a rocky frame rate no matter if you’re playing with either console or an Nvidia-powered gaming PC.

You don’t need to spend more than two grand to enjoy the smoother and sharper gameplay the next-gen consoles promise. The Samsung 55″ Class Q90T Smart QLED 4K TV (QN55Q90TA) is a great little set that offers up a bright 1,500-nit peak brightness. Of course, this TV can easily display inky blacks right next to those burning bright pixels, just don’t expect true blacks as you would get from an OLED panel.

As for gaming-focused features, the Samsung QN55Q90TA delivers on everything you need for the next generation consoles including 4K at 120Hz, FreeSync and G-Sync support, as well as a low latency game mode. Just keep in mind that it only has one HDMI 2.1 port, so make sure to reserve it for the Xbox Series X or PS5 you plan on buying later this year.

If you’re planning to get the Xbox Series X or PlayStation 5 and want an affordable TV that’s ready to let you make the most of them, the latest 55-inch TCL 6-Series TV is it. This 4K TV can deliver an amazing picture thanks to its use of Mini LED and QLED technologies, giving you a stunningly bright picture with vivid colors. The HDR experience is aided along by 240 local dimming zones to deliver a strong contrast ratio, letting you take full advantage of Dolby Vision and HDR 10. All that, and it’s only $650.

When it comes to gaming, you’ll find this TV is the first to have THX Certified Game Mode. This ensures the TCL 6-Series can automatically detect games and switch into game mode, which enables a variable refresh rate, reduces processing to minimize input lag and pixel response time, and does still more to improve the visual quality of your games. Though the new TCL 6-Series offers a 120Hz refresh rate, it doesn’t support 4K inputs at 120Hz, so you’ll have to decide whether you want to game at 4K at 60Hz or prefer to go with 1440p at 120Hz.

With a price tag of $600, the Hisense 55″ Class H8G Quantum Series ULED Smart TV (55H8G) is one of the cheapest 4K TVs you can buy, and yet it’s very well equipped. It offers up peak brightness at 700 nits and 90 local dimming zones to deliver great-looking HDR content on its Quantum Dot display. With these specs, the Hisense 565H8G supports all the popular HDR formats including Dolby Vision, HDR10+, and HLG. It also delivers a colorful image with true 10-bit color depth.

It also has a game mode available to keep your input lag down when it’s most crucial in competitive games. It comes running the Android TV operating system, so you can install your favorite streaming apps and even some games directly on the TV. The only downsides of this TV is it lacks any HDMI 2.1 ports and doesn’t offer up FreeSync support, so you’ll only be able to play games at 4K and up to 60Hz max.

If you always wanted an OLED TV from LG or Sony, but just couldn’t stomach the high prices, Vizio has you covered with its new line of OLED TVs. For $1.300, you’re looking at a 55-inch OLED screen that’s $200 cheaper than even LG’s 48-inch model meant for console gamers. The best thing about getting this screen at this price is you’re getting the same OLED panel that LG uses at the end of the day, so you’ll see all the true blacks and great colors you would expect from a high-end OLED set without any of the dirty screen or other issues.

Of course to hit a price this low Vizio had to make a few compromises. For starters this TV doesn’t have an millimeter thin bezel like other OLED 4K TVs. You’re also looking at only two HDMI 2.1 ports, but they opperate with a full 48Gbps bandwidth so they’ll be able to support 12-bit 4:4:4 color at up to 120Hz. The Vizio OLED55-H1 also features FreeSync support – but no G-Sync support like on LG’s CX line.

Where to Get the Best TVs for Gaming in the UK

Between color accuracy, screen brightness, contrast, viewing angles, smart TV features, and everything else there’s already a lot to consider when buying a TV. Now when shopping for TV you also have to factor in a few other things like refresh rate, adaptive sync support, and low-latency gaming modes.

The good news is more and more TVs these days are being built with gaming in mind. In fact, the number of TV brands that offer FreeSync has ballooned from just one to five going from last year to now. Still, you’ll want to pay particular attention to these specs and features below when shopping for a new TV for your gaming setup.

Most PC gamers and Xbox One owners should already be fairly familiar with adaptive sync or variable refresh rate technology. For the uninitiated, adaptive sync is essentially a process that synchronizes the refresh rate of your monitor or TV with the number of frames shooting out of your GPU.

In the olden days, you may have seen some screen tearing or hitching if you have a really fast graphics card capable of rendering a game at 240 frames per second but only had a display capable of displaying at 60Hz. Well, adaptive sync is designed to quash these exact issues to ensure you never see a terribly torn frame of animation and your frame rate stays at a silky-smooth 60 fps without going too far above or below that level.

Nowadays most of the 2020 TVs you’ll see from Samsung, LG, Vizio, TCL, and Sony this year will all support FreeSync, which is exactly what the PS5 and Xbox Series X will feature.

The second most crucial spec you’ll want to keep an eye out for is HDMI 2.1 ports. This is basically the latest version of the HDMI standard and it finally allows you to carry a 4K signal at up to 120Hz, whereas HDMI 2.0 was limited to 4K at 60Hz.

With HDMI 2.1 you’ll be able to play games at Ultra HD resolutions and at high-refresh rates assuming the PS5 and Xbox Series X make good on their promise to deliver such an experience.

With that in mind you’re also going to want to double-check any TV you’re interested in can support 120Hz or higher natively. If the product listing says the set is capable of 240 MR (Motion Rate), 960 CA (Clear Action), or something else strange but if its Hertz caps out at 60, that means the TV is only simulating a higher refresh rate and it’s not giving you the real deal.

CategoryHardware
The UK Government Wants to Know If You Think Loot Boxes Are Gambling
Steps to Play Game Bubble Shooter!