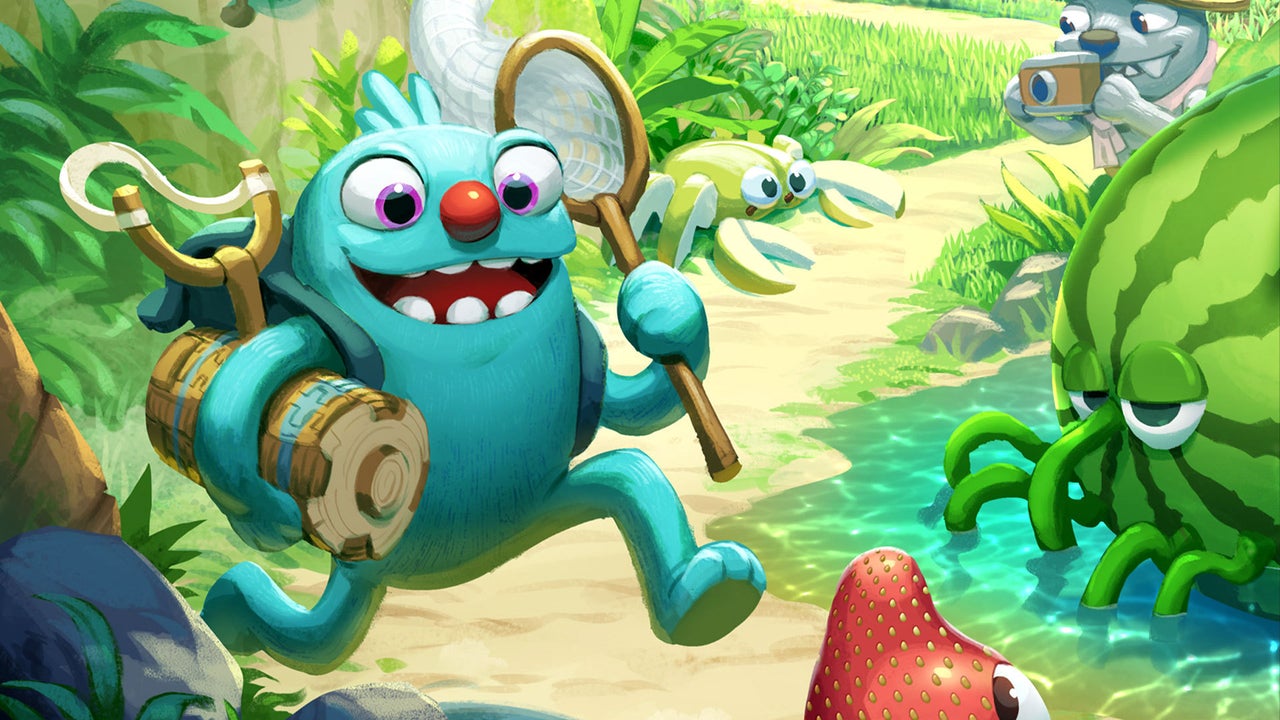 November 9, 2020 Off By tracy
Yes, it is indeed time to talk about Bugsnax. Young Horse’s oddball odyssey into the world of edible critters is jam-packed full of charm and humour that almost always prevents its sometimes repetitive, challenge-free gameplay from becoming a slog over the course of its 9 or 10 hours. It’s been difficult to tell by looking at its trailers, but this is a story-driven first-person adventure game with light puzzling and a surprising amount of emotional depth and character development and manages to tell a solid story, complete with twists and turns, along the way. And while not being much of a technical showcase for the PlayStation 5’s launch, Snaktooth Island is definitely a place worth visiting for the wildlife on show alone – just try not to eat too many.As has been evident from the start, Bugsnax is a game that revels in its own complete absurdity. As an intrepid news reporter you’ve been lured by the famous explorer Elizabert Megafig to cover Snaktooth Island’s unique wildlife, Bugsnax: walking, talking food that mutates the consumer’s body parts upon consumption. Nothing about this is normal. Things get weirder still when you arrive and are thrust into an investigation of a mysterious disappearance.

Oh, by the way, both you and other villagers are grumpuses, a race of colourful, fur-covered bipedal mammals that walk and talk like humans. Again, nothing about this is normal.Whether you find ‘em hiding in the sand or tearing up a ketchup patch, though, it’s clear that each Bugsnak has been lovingly designed. There’s a distinct range in appearances and behaviours from flying pizzas to swimming soda cans and a personal favourite of mine the Spuddy, a tin-foil encased potato with a slice of butter on his head that loves nothing more than to charge foil-first and send you flying.

Whether you find ‘em hiding in the sand or tearing up a ketchup patch, though, it’s clear that each Bugsnak has been lovingly designed.

The main mission strand consists of getting the dozen or so residents of the island’s capital, Snaxburg, back home so they can be interviewed for information. The problem is that each grumpus has scattered to a different corner of Snaktooth and inevitably requires you to perform tasks for them in order to return. With Bugsnax being the only real sustainable food source on the Island, but not one that is overly easy to obtain, most missions follow a similar pattern: Locate the desired Bugsnak, catch the desired Bugsnak, then deliver the desired Bugsnak to the mission-giver. It’s a process that can become a little tired after a while, but never enough to the point of boredom. This is largely down to the excellent writing and voice performances throughout, and to the fact that each grumpus is very much their own character with their own beliefs and problems to solve.

For example, the slack-jawed Wampus is a farmer who sees Bugsnax purely as a food source, so will naturally ask for you to gather them to plant in his garden. This puts him at odds with the well-intentioned Gramble, who is more at one with the ’snax and keeps them as pets. It’s these sort of power struggles and relationships that really help flesh out the cast of characters and lead you to learn a lot about them in a relatively short amount of time. It’s safe to say that by the end of the story I held much more of a connection to Snaktooth’s inhabitants than I ever imagined I would when I first stepped onto the island.

A large amount of this has to be credited to the writers and the realistic conversations created in the context of a wholly unrealistic environment. It would be very easy at first glance to dismiss Bugnax as a gimmick-filled children’s game with nothing to say, but that couldn’t be further from the truth. Much like the Pixar movies have mastered, there’s moments for all ages alike here. There are melancholic moments and serious subjects such as relationships, mental health, and loss broached in a delicate manner, as well as more overarching issues like climate change that are raised. These never feel forced or heavy-handed, however, and all serve the story and its characters in overwhelmingly positive ways.

Much like the Pixar movies have mastered, there’s moments for all ages alike here.

That’s not to say there aren’t a whole lot of laughs to be had as well, and Bugsnax is genuinely funny on many occasions. It’s absurdist to the extreme at times, but what do you expect from a game that’s home to a tornado-conjuring flapjack with bacon for legs? Although a lot of my amusement did admittedly come from the various Bugsnax and the way they mutter their own names to themselves, the grumpuses have their moments to shine as well. Among my favourite cast members are the excellently named Cromdo Face, a surly red grumpus who seems to be possessed by the soul of Danny DeVito in Matilda, and Beffica Winklesnoot, who wouldn’t feel out of place by Rachel McAdams’ side in Mean Girls. If you can look past the purple fur and the hotdog for a leg, that is.

“But how do you actually catch Bugsnax,” I hear you ask? Oh, if only it were that simple. There are over 100 different species of Bugsnax and a plethora of different methods of catching them. Your first step will always be to scan them by looking through your camera and pressing down on R2 to snag a snap of a ‘Snak. Incidentally, that’s a specifically satisfying button press if using the DualSense and its adaptive triggers, which imitate the clack of a camera’s shutter beautifully. The parallels between this and Pokemon Snap are easily drawn, but from there on Bugsnax becomes its own beast.Once scanned, a Bugsnak’s likes, dislikes, and movement patterns will be revealed and you’ll have all the info you need to catch the kinda bug, kinda snack in your trap – but not necessarily all of the equipment. Bugsnax offers light metroidvania elements in that regard, by which I mean that there will be tools (a launch pad to catch flying Bugsnax, for example) that you’ll get later on and will have to return to previous areas to catch a Snaquiri that had been out of reach. Other solutions revolve around the use of various condiments like hot sauce or ranch dressing, to name a few. In order to catch a Bunger, for example, you’ll have to stun it first; luckily these angry whoppers charge at anything coated in ketchup, so slingshot a serving onto a couple of them and watch them knock each other out.

On the whole, catching Bugsnax revolves around the same half-dozen different mechanics that you’ll have to use in different ways. This is just about enough variation to keep the quests from becoming stale, although admittedly by the time I reached the end of the story I had become a little tired of the gameplay loop. It ended just in time for me not to get full on Bugsnax. It takes around six or seven hours to mainline the story missions with another couple of hours added on if you choose to complete all of the side objectives. This is something I’d recommend doing, though – although some side missions are a series of dull fetch quests, others result in the most spectacular encounters Bugsnax has to offer. Without spoiling anything, the culmination of both Wiggle’s and Cromdo’s quests were, for me, a particular highlight that changed up the routine Bugsnax-catching gameplay significantly.That was a badly needed refresh because Bugsnax catching is what you’ll be doing 90% of the time. Thankfully there’s just about enough variety on offer even if I did yearn for a bit more of a challenge at times. Though it was rare that a moment gave me pause to think and work out how I was going to approach the puzzle, some did take a bit of ingenuity. The first time I caught a Cinnasnail was a particular moment that maybe shouldn’t have taken as long as it did.

Thankfully there’s just about enough variety on offer even if I did yearn for a bit more of a challenge at times.

Overall it’s the unabashed nonsense of Bugsnax that kept me interested throughout though. Without the great writing and constant joy of finding something you just haven’t seen before, it could so easily have been a stodgy, repetitive drudge of repetitive actions without any desire to see where it all leads. Fortunately, Bugsnax stays true to its principles throughout and just when you think you’ve worked it out its story, throws another left turn your way and lands an ending after a fantastic action-packed last 30 minutes.