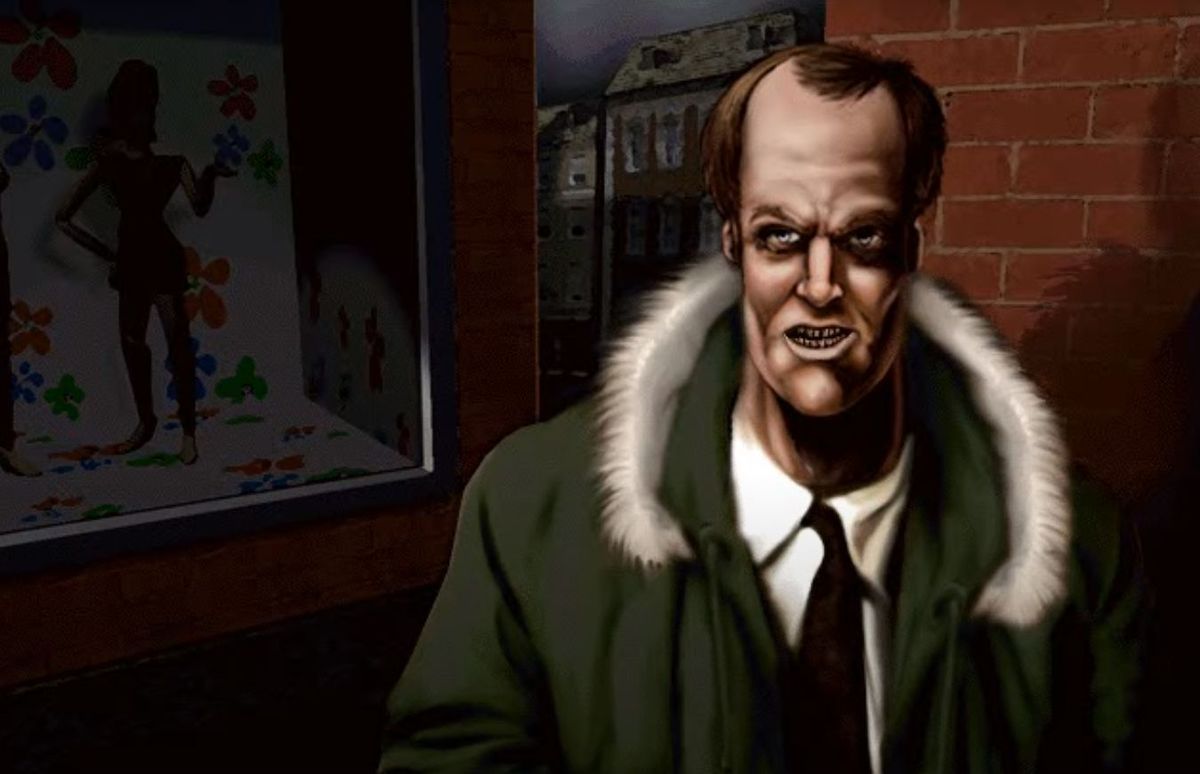 From 2010 to 2014 Richard Cobbett wrote Crapshoot, a column about rolling the dice to bring random obscure games back into the light. This week, a trip back to where Grand Theft Auto started, give or take a few thousand miles and a quick expansion pack.

Liberty City. Vice City. San Andreas. Since the first Grand Theft Auto back in 1997, they’ve been our explosive playgrounds for criminal activity, casual murder, and annoying the crap out of the Daily Mail. But what of the city the series forgot? No, not the weird future one from GTA2 that nobody remembers. I speak of course… of London.

GTA: London is the only game in the series to be set in a real place, though not to the extent that you should use it to find your way around or anything, and was an expansion pack for the original GTA. Somewhat unusually, it’s also one of the few expansion packs to get its own expansion pack—London, 1961—which was released as freeware and would be the earliest point in the GTA timeline if the series had even the slightest interest in having such a thing back then.

The early GTA games were a far cry (not that one) from the open-world, story based games out now. Without wanting to diminish the achievement of creating believably functional cities back in the late 90s, they were essentially arcade games, complete with points, high score tables, and much more freedom. Instead of screaming at the screen as Niko Bellic shuffles with $30,000 in his pocket but no compulsion to do anything but goon for assholes he despises, you were simply dropped in the middle of the world with the job of hitting a certain number of points to progress. If this meant blowing up half the city to deliver a motorbike, so be it. And it almost certainly would.

The easiest path was doing missions, which you only got one shot at, but you could make your own way too by creating chaos, finding hidden objectives around the city, or just running over hippies and Hare Krishnas. At no point would anyone call you up to ask if you wanted to go bowling. The only hot coffee the media needed to care about was the cup by their keyboard as they wrote endless screeds about how games like this would ruin the world. As we all now know, they were actually thinking of Myst.

GTA: London was almost exactly the same game, with slightly different ‘jokes’. This being before Lazlow showed up to make Chatterbox FM a thing of wonder and beauty worth parking a stolen car for, most of them are “clever” names that more than deserve their quotation marks. Player names? Sid Vacant. Maurice Caine. Rodney Morash. Charles Jones. Del Rename. R. Reset—wait, sorry, that’s the option menu. The big bad criminals in charge of London 1969 are the Crisp Twins, which is a reference to the Krays but not exactly a joke, there’s a car called the Crapi, another called the James Bomb… you get the idea.

Beyond that, the only real difference from the original is the inclusion of words like “ponce” and “tasty” and “leave it aaaht”, though not usually in correct sentences. Much of the dialogue sounds like it was designed by pinning Eastenders transcripts on a dart-board, then going down to the pub to try and remember what they were. Your first contact for instance tells you, “I’m the monkey and you’re the cheese-grater,” while the second informs you, “In a couple of years I’ll be taking over the whole bread basket and if you’ve got that special summfink you can too, now stop loafing around.”

Thus speaks a man with serious logic gaps in his ambition. And if you’re wondering how intimidating he sounds, we’re not so much talking master criminal as a less confident Mackenzie Crook. These are not games anyone expected to one day boast all-star casts. Ones with actual actors , maybe.

The light conversion continues in all the obvious places. When you die, you’re told “YOU’RE BROWN BREAD” because it’s slang for ‘dead’, and you don’t get arrested by the police so much as nicked by the rozzers. But they still let you back out on the street after shooting a rocket launcher at a tour bus, without even checking if you can do the secret handshake or have what’s left of your trousers at half-mast. Realism? Pah. It’s a game with lives . The cars do however finally drive on the right side of the road. Which is to say, the left side of the road. That’s a massive improvement for the five seconds or so you actually spend obeying the rules. Like a great big Nigel. Called Julian.

And after that point, it’s standard GTA. Not surprising. It was an expansion pack, after all.

But what if London had taken its place amongst the holy trinity of GTA cities, and been a true candidate for full-3D greatness? There are reasons to leave it out, sorry, leave it aaaaht of the running, like giving Rockstar the freedom to create whatever they want every console generation, but surely London, the very cradle of civilisation-with-an-s, deserves another chance? Imagine the possibilities!

Okay, so most of the driving would have to go. Driving around London is a stupid idea, which would need to be replaced with boosting characters’ Oyster cards to travel on the Underground, or heading home to top-up at regular intervals. For getting around in a hurry, the game’s leading scumbag would instead make proper use of a Boris Bike. It may not have the class of driving around in a tank, but on the bright side, it does mean the wages of sin don’t have to be wasted on congestion charges. As your boss, Big Al “Da Crowbar” Killingsworth will explain, everyone’s got to do their bit in the current recession. Tying into the GTA series’ increasing use of anti-heroes, you can also take solace that while you may still be forcing your enemies into concrete shoes, you’re doing it with a spectacularly low carbon footprint.

Next, guns. Gone too, obviously, thanks to the UK’s strict firearm policy. This will have a bit of a knock-on effect on the missions, but a new British sensibility to the combat will help. This time, you may not have a battle-tank or AK-47, but you will still be armed with all the standard weaponry expected of Her Majesty’s Subjects, including cutting wit, biting sarcasm, and a rusty shiv. The challenges ahead of you will be different, as you’d expect, but no less exciting—like figuring out how to get from Paddington to Camden while the Circle/District line is shut, driving a tour bus for extra money, carefully sneaking past drunken hen parties at midnight, and beating chuggers to death with a cricket bat.

And the main game? Obviously, it’ll be a full multiplayer experience, with all players starting out as those people who hand out fliers for dodgy sounding ‘Learn To Speak English Good’ schools on the Tottenham Court Road. Soon enough though, you’re sucked into the depths of the London underworld, being forced to fight for your life against drug-crazed tramps, feeling the callous boots of the Old Bill on your face as you politely protest student fees on behalf of the local guvner’s activist daughter, and even resort to eating dinner at Wetherspoons. But that’s only the start of your problems! Soon you realise your ambitious boss is in league with foreign terrorists from overseas, and your past loyalties have made you all the lynchpins of a dastardly attempt to repatriate America via a co-ordinated strike on Buckingham Palace itself. Sneaking into the Tower of London to sabotage the day of the event by replacing the Crown Jewels with a Tesco-brand strudel seems like the obvious solution, until the Queen is blown up by an exploding dildo in an unrelated incident. The winner is the first to get to 1000 points.

Or it could be something like Lock Stock meets The Getaway. That could work too.