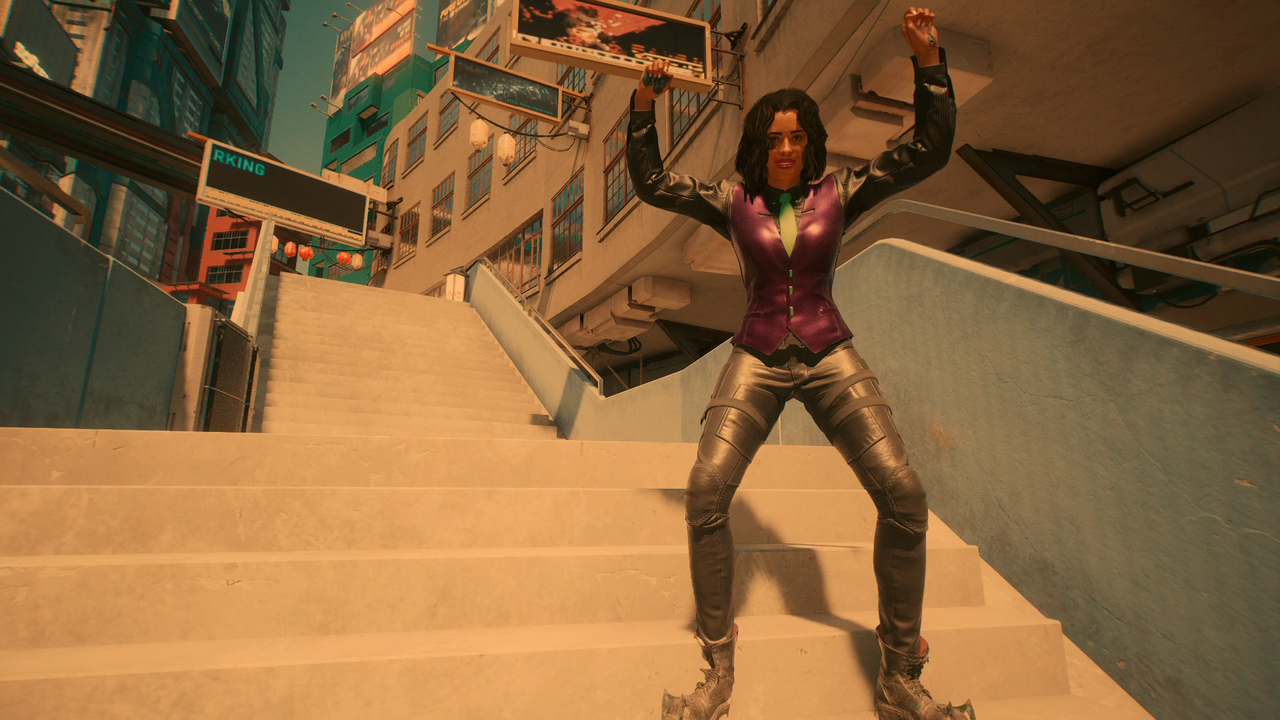 Cyberpunk 2077 Gets a Third-Person PC Mod

PC players can now enjoy Cyberpunk 2077 in third-person, thanks to a savvy modder.

As reported by PC Gamer, a third-person perspective mod for Cyberpunk 2077 was uploaded to Nexus Mods over the weekend. The JB – TPP MOD WIP Third Person mod is very much a work in progress – in our own brief test, the player model looks… odd in motion, with legs and arms moving unnaturally to account for the intended first-person view. You can probably expect some more general bugs, too.

A screenshot of the mod in action, courtesy of user Sarunama

The mod offers four different camera views when installed, swapped between by pressing B. It’s handy if you were looking to get a wider lens on Night City, or just wanted to look at the character you’ve been building (and rebuilding).

You’ll need the performance optimization mod Cyber Engine Tweaks to install the TPP mod, and you must extract the contents of the perspective mod into your Cyberpunk 2077binx64 folder once downloaded to get it working.

If you’re just kicking off your Cyberpunk journey, check out our tips and tricks for getting started. We scored Cyberpunk 2077 on PC a 9 at launch, noting its “beautiful, dense cityscape.” It’s been a different story on consoles, however, with the game suffering huge performance issues, and subsequently seeing a removal from the PS Store.