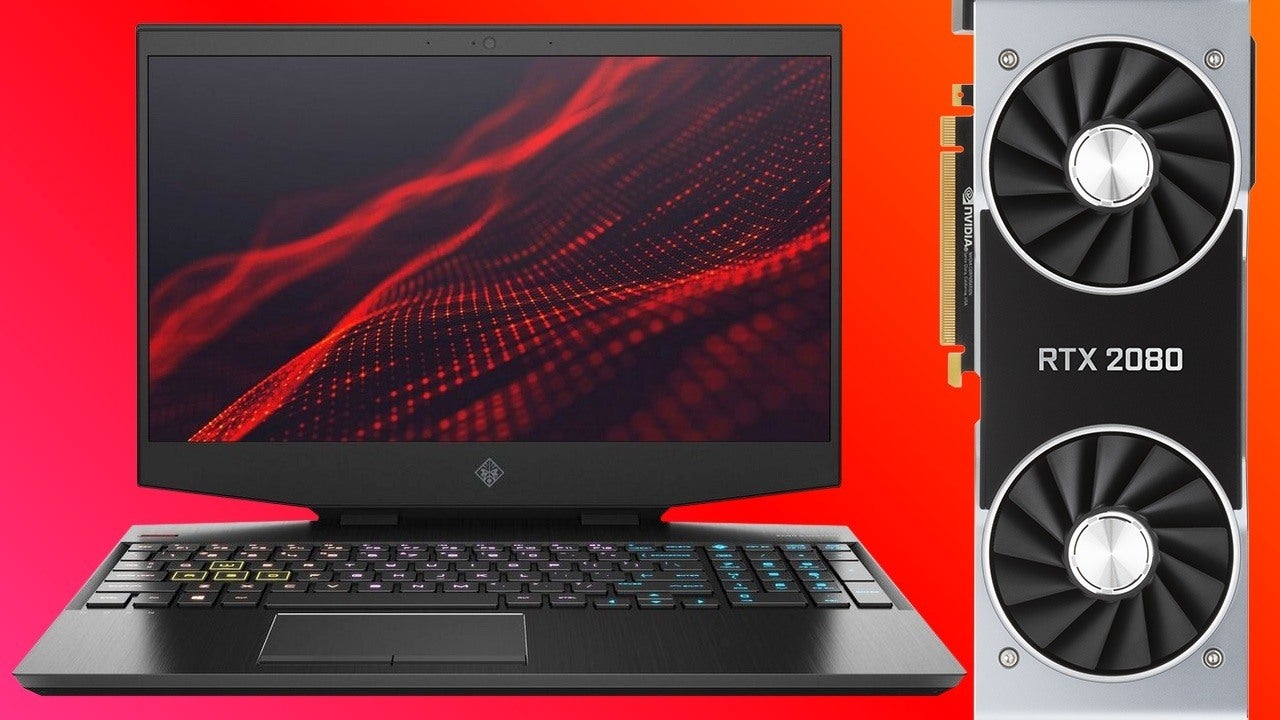 You won’t find another laptop with beastly specs like this for under $2K. Not only are you equipped with an RTX 2080 Max-Q video card, the most powerful mobile GPU available, you’re also getting an Intel Core i9-9880H 8-core processor and a gorgeous 4K IPS display. Upgrading your RAM and HDD will push it just over $2K although you could probably do that on your own and save some money.

The 17″ model doesn’t have any option to upgrade to 4K, but one could argue that 4K is overkill for a laptop. You still get a 1080p display with 144Hz refresh rate.

I’ve never seen a prebuilt gaming PC with an RTX 2080 Ti (the fastest video card out right now) for this price. This PC is customizable on HP’s website, but buying the base config has its merits. In terms of gaming, upgrading from an Intel Core i5-9600K to an Intel Core i7 is a waste… performance-wise they are identical. Also, by upgrading the RAM and storage on your own, you can save alot of money and pick your own, better parts at the same time.

These VR headsets have been extremely hard to find and a May ship date is actually surprisingly soon. There are many reasons why the Quest is the best VR headset to get right now. It’s completely untethered with no external sensors to set up, it’s powerful enough to play games like Half-Life: Alyx, Beat Saber (the best VR game of 2019), Vader Immortal, and Pistol Whip, and it’s far less expensive than all the other newer generation VR headsets that have been released. The Oculus Link software which allows you to connect the Quest to a PC using a Type C cable and use it like a regular VR headset powered by your gaming PC. You can purchase the official cable for $79. If you want to try your luck, there are reports that many generic USB Type C Gen 1 or Gen 2 cables will work like this $18 cable.

This is the first discount we’ve seen on this 10/10 “Masterpiece” rated game. If you thought Persona 5 couldn’t get any better, guess again. One of the best (if not the best) RPGs to grace the PlayStation 4 console is receiving the royal treatment in 2020. Persona 5: Royal Edition introduces a new character, the ability of customize your Thieves’ Den, and new story lines with new cutscenes and new endings.

Dell has pushed out some new great deals on HDTVs. Not only do these prices include instant discounts, you also get a bonus Dell eGift card that you can use on practifcally anything at Dell.com. It’s emailed to you shortly after your TV ships and you carries a 90-day expiration.

25% Off the Latest Apple iPad

The newest generation Apple iPad is back down to Black Friday pricing. The latest generation iPad boasts a gorgeous 10.2″ Retina display, the powerful A10 processor, support for the Apple Pencil and Smart Keyboard, and up to 10 hours of battery life on a single charge.

Pay $1/month for four months (the normal cost of the HiFi plan is $19.99/mo). TIDAL is a music streaming service that offers 60+ million tracks and 250,000+ videos with premium quality audio. The HiFi plan upgrades the audio to lossless high-fidelity.

No Credit Card Required for Signup

Sling’s Happy Hour promotion is offering free Sling Blue from 5pm to midnight (normally $30/month). You can keep up with live news about the COVID virus from CNN, MSNBC, HLN, and Fox News, or just lose yourself in family friendly TV shows from HGTV, Food Network, A&E, Bravo, TNT, Comedy Central, Cartoon Network, The Discovery Channel, Nick Jr, and more. Best of all no credit card is required.