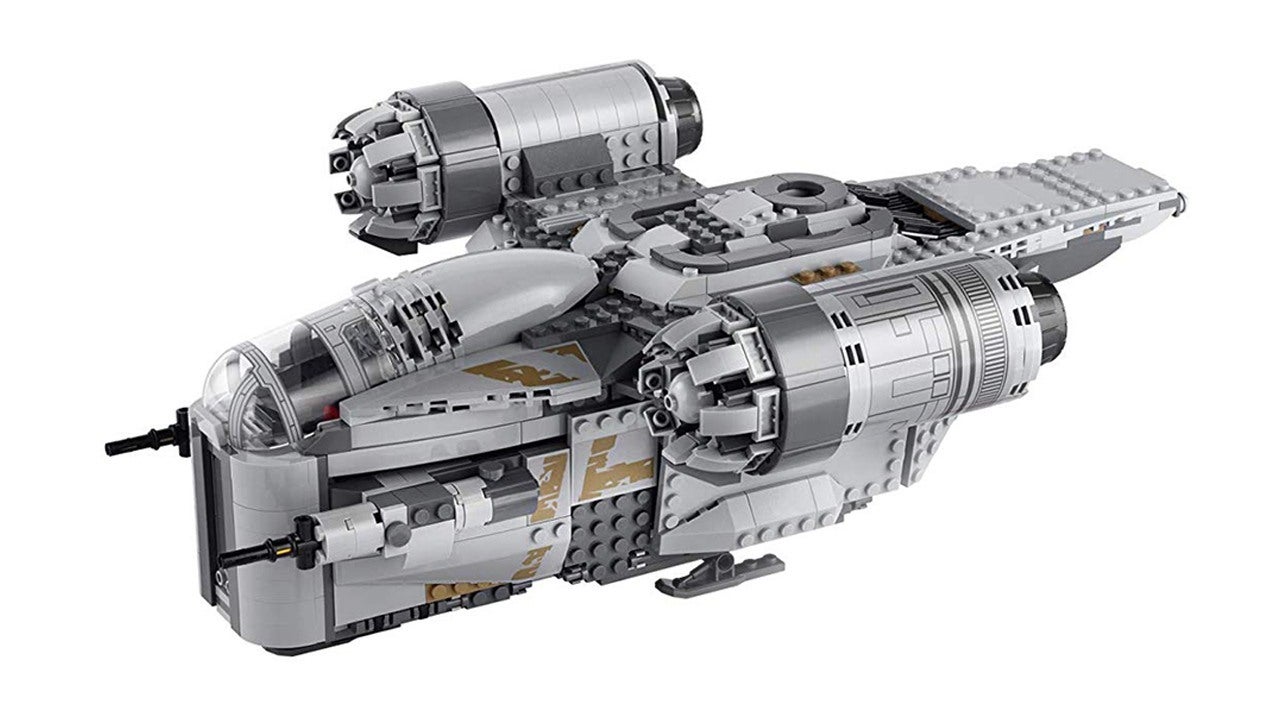 Daily Deals: Preorder The Mandalorian LEGO, Animal Crossing Book, Save on a RTX 2060 and More

February 24, 2020 Off By tracy
Today’s spotlight deals are on the awesome Mandalorian LEGO set and the awesome RTX 2060. The former is up for preorder while the latter is discounted by $50, a great amount of savings for a new GPU. A wide array of games have also been put on sale, and can be found towards the bottom of our daily article.

Get the Animal Crossing: New Horizons Companion Guide Book for $18 on Amazon

One of the biggest releases of March, now has it’s own personal companion book. If you want to make the most out of your world, this is the ideal item for you.

Anker has become a respected brand in the affordable audio market and this deal continues that trend. Their Soundcore line is well liked, and when they offer them at such a great discount, it’s hard to argue against them.

The newest color in the Nintendo Switch Lite lineup is available for preorder. It’s out on April 3. The Switch Lite is $100 less than the Switch and can play almost all of the same games.

If you’re a Nintendo Switch gamer who’s been aching for a wireless audio solution for your gaming system, salvation is here. The Arctis 1 is compatible with practically any system, from your PS4 and Xbox One to your Switch and smartphone. We reviewed the Arctis 1 and called it out as the best wireless headphones under $100. Starting today it’s 20% off at Amazon.

Pick Up the Roku + Streaming Device for $40 at Amazon

If you’re looking for a handy way to view content on a TV or device that’s not internet connected, look no further. The Roku + supports a wide array of formats, including 4K and HDR, and is now coming in at a very reasonable price.

This toy launched yesterday and has been insanely popular. It’s already sold out at many places including Amazon. This cute mascot from The Mandalorian features over 25 sound and motion combinations, including happy and excited, giggles and babbles, tired and sleeping, and Force effects sounds. Motorized movement includes a head that moves up and down, ears that move back and forth, eyes that open and close, and more.

Whether it’s for the beach or just for inside your bathroom, this handy speaker connects to virtually any Bluetooth device and is waterproof, ensuring no matter what chaos might occur, the speaker will keep on playing your favorite songs.

If you’re in the mood to learn something new, this is the perfect opportunity. PCMag Shop currently has a wide array of Udemy courses on sale for only $10. This includes stuff like Unreal Engine Developer Courses, Advanced Excel courses and much, much more.

This deal is $50 cheaper than the one we saw on Black Friday plus you can get 1 month of Xbox Game Pass Ultimate for free or 3 months for $10. All three bundled games are highly rated on Amazon and deserve a spot in your Xbox library. The Gears 5 bundle actually includes every Gears game. Game Pass Ultimate is basically Xbox Live Gold and Xbox Game Pass combined into one membership.

Get 2 Free Months of Kindle Unlimited Membership (Was $9.99 Per Month)

You must be logged into your Amazon Prime membership account to see this deal. If you’re a regular digital ebook reader, this membership is highly recommended. Kindle Unlimited gives you access to over 1 million Kindle eBooks and over 20,000 digital comics. This deal is typically for new subscribers only, but there have been reports that it has worked for people who have previously subscribed but are not current members.

This 20,000mAh power bank will work well with your Switch for these reasons:

Anker also makes the only official power bank for the Nintendo Switch. This model is very similar to that power bank minus the Switch logo and only 1/3 the price.

The 18-disc Blu-ray edition is up for preorder at Walmart and the 27-disc 4K edition is available at Best Buy. These are the first official sets that contain all nine of the Saga movies.

This one has been out of stock from nearly the beginning and bound to go out of stock again well before the September release date. This is easily one of the most anticipated games of 2019. The studio CD Projekt Red are the masterminds behind the incredible Witcher games and if you’re a huge fan like I am then you will most definitely be getting this game. The Collector’s Edition includes the game with steelbook case, 10″ statue of V in action, hardcover art book, metal pin set, metal keychain, patches, postcards, sticker set, DLC, and more.