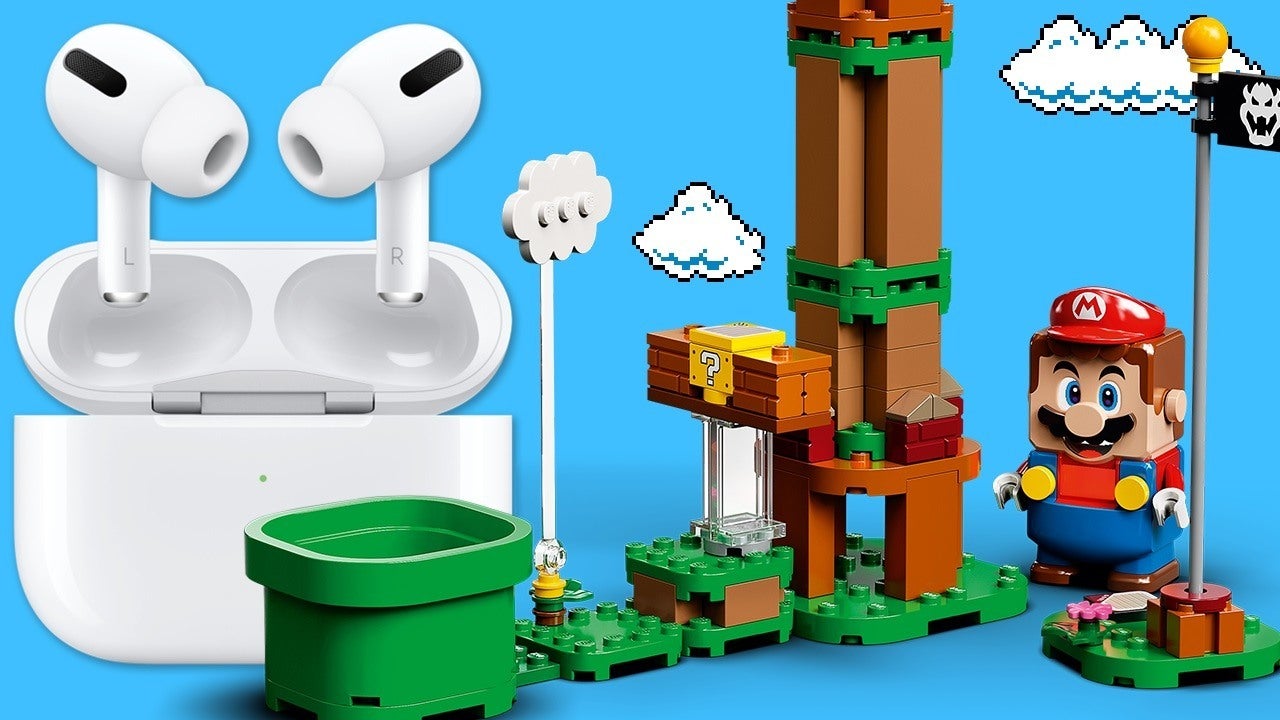 April 21, 2020 Off By tracy
The AirPods Pro (Apple’s only truly wireless earphones with active noise cancellation) is discounted by 10% off, but it’s going to expire very soon. Dell is also offering 10% off every Alienware gaming PC and it stacks with instant discounts. Finally, grab Celeste, my favorite game for the Nintendo Switch, for only $4.99 at the eShop. All that and more below.

Add to cart to see this price

This is the lowest price ever, even lower than on Black Friday, and it ends very soon. These are truly wireless AirPods with built-in active noise cancellation and despite that that they actually have longer play time on a single charge than the vanilla AirPods. Other features include three sets of silicone tips for customized fit, a sweat and water resistant outer shell, and a wireless charging case that can provide an additional 24 hours of battery life.

Celeste for Nintendo Switch for $4.99

This game normally sells for $19.99. I thought I was getting a great deal at $9.99, but technically this deal is even 50% cheaper than that. I’m generally not a very big platformer fan and yet I loved this game enough to die 6,899 times in order to get all the strawberries in the game (I’m not a very skilled gamer). In fact I’ve racked more hours on this game than any other Switch indie game in my library. Get it now before the price goes back up.

This gaming PC boasts a 9th gen Intel Core i7 processor and the newest RTX 2080 SUPER video card. It’s about 10% more powerful than the non-SUPER model and considerably more powerful than the GTX 1080 Ti. If you want to upgrade the RAM and hard drive, I’d suggest doing it on your own to save money. Like the new R9 chassis, the R8 features easy toolless entry. Swapping components doesn’t void the warranty.

For those of you who would rather have a PC preinstalled with all the RAM and storage you’ll ever need, this model has 16GB RAM and dual drive storage for only $144 more.

The “R2” is the latest redesign of the very well rated m15 laptop. It still weighs under 5 pounds (4.8lbs) and is a vast improvement over the older bulkier Alienware laptops of the past. The RTX 2060 is slightly faster than the previous GTX 1070 video card. This laptop is outfitted with 16GB RAM and 512GB SSD. I’d also recommend upgrading the monitor to a 144Hz 9ms capable panel if you plan to play FPS games.

The model has been upgraded with dual 512GB of SSD storage (1TB total) and a more powerful RTX 2070 Max-Q video card. The RTX 2070 is almost as powerful as last year’s GTX 1080 (the previous mobile GPU champ) and will crush any game at 1080p. This is a good laptop to get if you plan on using it for VR or gaming on a higher res external monitor.

Use code “FSMARIO” to get Free Shipping

This is the only way to preorder this super popular LEGO Mario kit since it’s sold out at the LEGO Shop. This isn’t just any ordinary LEGO set. Mario has color sensors, plus LCD screens in his eyes, mouth and belly to display over 100 different instant reactions to movement. Also included is a speaker that plays iconic sounds and music from the video game. Set up different courses and have Mario run through the track to collect virtual coins.

This XCOM 2 expansion normally sells for $19.99 but you can save 54% off by pre-purchasing it through Green Man Gaming. It installs from the Steam client. XCOM Chimera Squad is a big DLC with a new storyline that takes place years after the end of the year. You also get new races with unique abilities at your disposal and new gameplay mechanics like interleaved turns, revamped tactical combat system, coordinated breach mode, and more.

This is a new monitor from Dell. The major upgrade for this one compared to last year’s model is the switch over from a TN panel to an IPS panel. In fact, this is the only IPS monitor that Dell makes that has 1ms response time and 240Hz refresh rate, specs that are normally reserved for TN panels. An IPS monitor is superior because it has wider viewing angles and better color.

This AMD FreeSync monitor is also certified NVIDIA “G-Sync Compatible”. That basically means people with GeForce cards can take advantage of the built-in adaptive sync capabilities of the monitor without paying an arm and a leg for a G-Sync monitor. it also futureproofs you, in case you want to swap over to an AMD video card.

Take advantage of your free time at home and learn another language! Save 33% off lifetime access to all of Rosetta Stone’s language learning courses. Unlike Babbel, the other big language learning course, Rosetta Stone includes Asian languages like Chinese Mandarin, Korean, Japanese, Tagalog, and Vietnamese. There’s also a 30-day money back guarantee so you can test the waters before you decide to commit.

Save 73% Off 1-Year IPVanish VPN Plan

IPVanish is offering 73% off its 1 year VPN plan, dropping the price to $39. That’s only $3.25 a month for a service that provides some great benefits. VPN is the first and easiest step to making your internet activity a bit more anonymous. VPN is also a great way to “trick” a host site into thinking you’re in another part of the world. That’s great for watching region-locked content from streaming services like Netflix. IPVanish boasts a very user-friendly interface, doesn’t hog resources, and has a zero-log policy. We also gave it a great review.

May work for both NEW and EXPIRED accounts

This price is reserved for new and expired accounts. Game Pass Ultimate is basically Xbox Live Gold and Xbox Game Pass combined into one membership. You even get access to Game Pass for PC. Normally you’d be paying $14.99 for one month, but Amazon is offering an additional month for free. Game Pass gives you access to tons of high profile games like Kingdom Hearts 3, NBA 2K20, Ori and the Will of the Wisps, Gears 5, Forza Horizon 3, The Outer Worlds, Grand Theft Auto 5, State of Decay, and more.