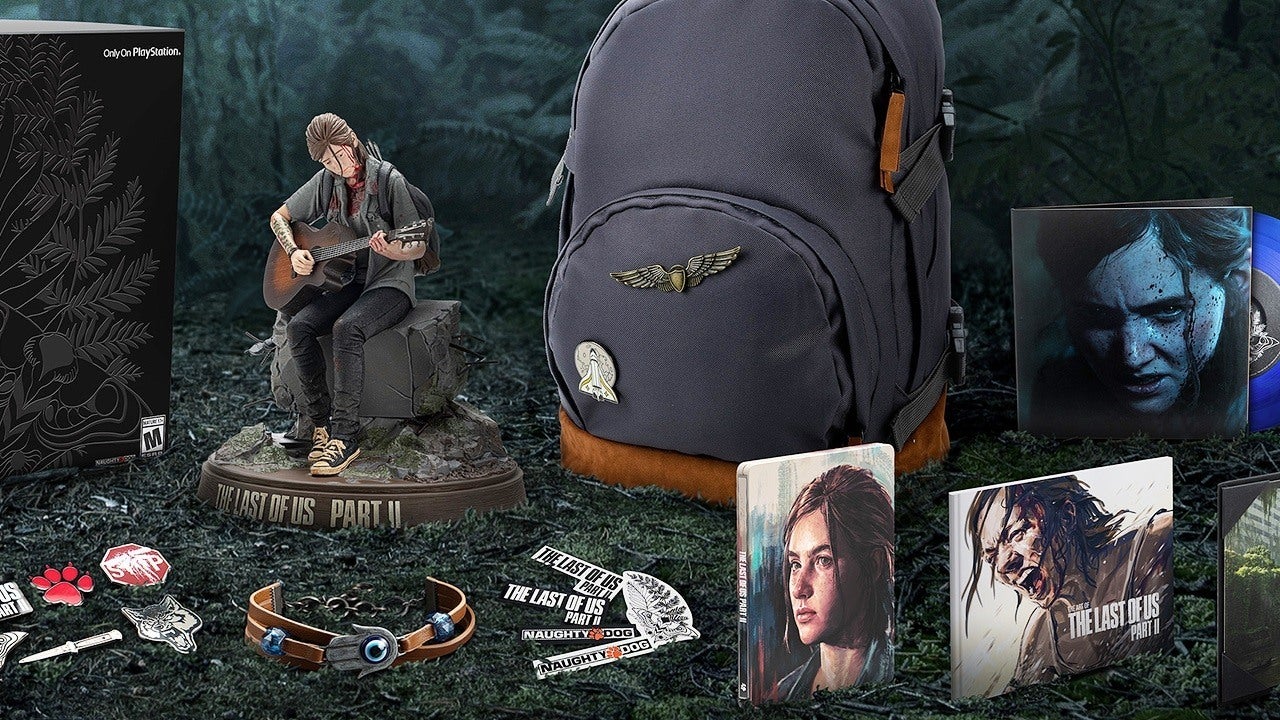 March 14, 2020 Off By tracy
There are deals today for both console and PC gamers. Score some freebies when you purchase a Nintendo Switch or Xbox One gaming console, save $10 off the hottest games coming out this month like Animal Crossing, Doom Eternal, and Persona 5 Royal. For PC gamers, there are some really great deals on Alienware PCs and gaming laptops as well as lowest prices on high-capacity portable hard drives.

This is, in my opinion, the best looking Switch out there. Every part of the Switch has been themed. The Joy-Con controllers are a pastel blue and green, the back of the Switch is embossed with an Animal Crossing design, and even the dock has a full color Animal Theme decal. I already own a Switch and for the first time I’m jealous of anyone who gets a hold of this one. RIght now, it’s only available at select vendors.

Last of Us Part 2 is the other huge release for 2020 and the Ellie Edition is back in stock for a limited time. The Ellie Edition includes a backpack, logo patch, soundtrack on a vinyl record, steelbook case, 48-page mini artbook by Dark Horse, and some DLC. The Collector’s Edition includes the game with steelbook case, a 12″ Ellie statue, Ellie’s bracelet, lithograph art print and thank you ltter, stickers, pins, 48-page mini artbook by Dark Horse, DLC, and more.

This is the only deal available right now for preordering the hottest Switch game of 2020 so far. You’ll need a MyBestBuy membership to get this free credit, but it’s free to sign up. If you like games such as Stardew Valley or Harvest Moon, this one should be right up your alley.

Ubisoft Spring Sale: Up to 80% Off PC and Console Video Games

Ubisoft is offering discounts of up to 80% off a vast selection of games including Tom Clancy, Far Cry, Assassin’s Creed, Anno, South Park, For Honor, The Crew, Steep, and much more. Some of them, like Anno 1800, rarely see any discount. Check out the full list yourself.

Doom Eternal is another hugely anticipated release and you can save $10 when you preorder it. If you’ve watched any of the gameplay trailers you already know this game is going to pretty amazing. Preorder it and you’ll also receive a digital copy of Doom 64.

The new RTX 2080 SUPER is the latest generation of RTX cards and is modestly superior to the RTX 2080 (which is already more powerful than the GTX 1080 Ti). This makes the card the second most powerful card available. Best Buy ups the stakes here by maxing out the other specs, including an Intel Core i7 8-core processor, 16GB of RAM, dual drives (both 512GB SSD and 1TB HDD), and Killer networking.

This particular model uses the previous generation Alienware chassis, which shouldn’t matter that much to you except in terms of aesthetics.

The m17 is the 17″ variant of the new generation of Alienware m-series gaming laptops. Despite the larger screen size, it still clocks in at only 5.8 pounds. It’s equipped with a gorgeous true 4K (3840×2160) IPS display and an RTX 2060 Max-Q video card. The RTX 2060 is more powerful than the GTX 1660 Ti Max-Q and even the GTX 1070 Max-Q. You’ll need this kind of firepower for games like the upcoming Horizon Zero Dawn.

The Alienware m15 is the newly designed 15″ laptop and weighs only 4.8 pounds, which is remarkable given its payload. We reviewed the m15 and highly recommend it. It’s easily one of the best laptops you can get in terms of build quality and under-the-hood power.

This gaming PC is equipped with the newest generation RTX 2060 SUPER video card. This “SUPER” model performs about the same as the original RTX 2070 video card and is perfect for 1080p and 1440p gaming. It’s paired with a 9th generation Intel Core i7 8-core processor, tons of RAM, a big SSD to serve as your boot drive, and a 1TB hard drive for extra storage.

All of these discounted games are part of the Mario Day Event running from now until Saturday, March 14. These first party Nintendo titles are discounted only a handful of times per year. They’re also physical copies, meaning you have the option to trade them in or sell them once you’re done playing them (you still can’t do that with digital).