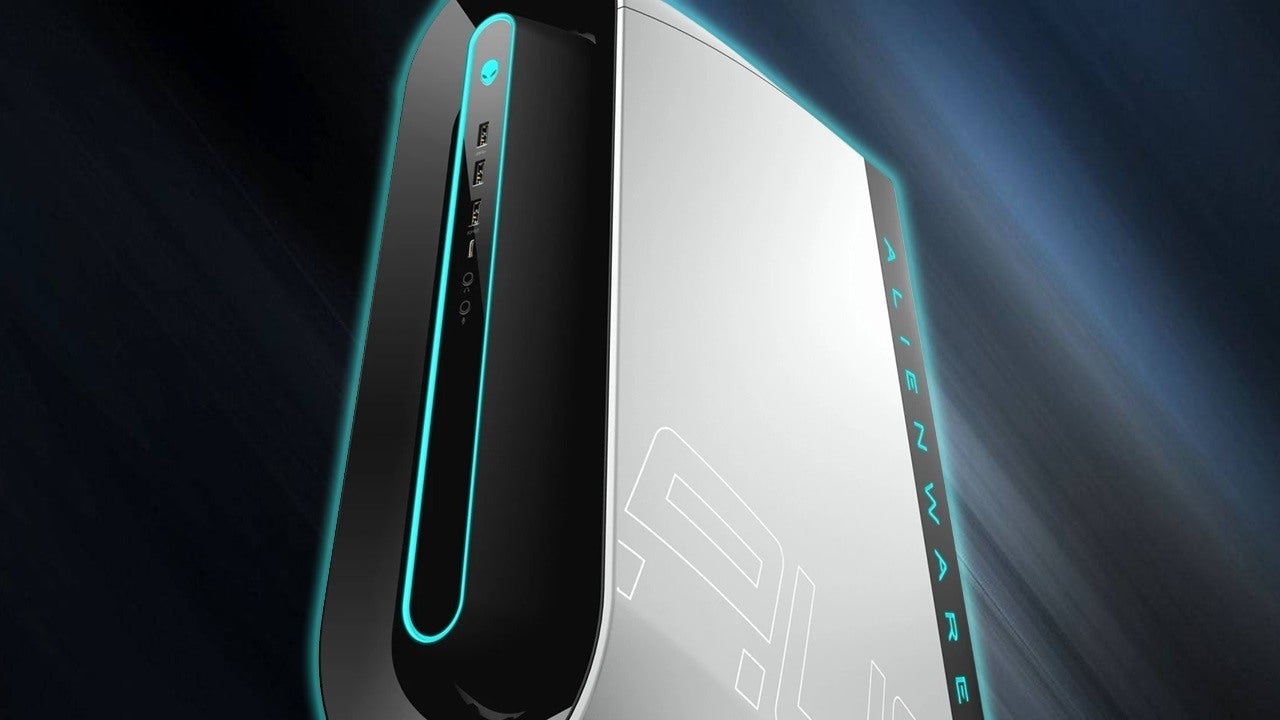 Daily Deals: This Alienware PC Can Handle All Your Gaming and VR Needs for Only $1100

March 28, 2020 Off By tracy
Today’s spotlight deal is a powerful Alienware Aurora desktop equipped with AMD components for just a tad over $1K. If you’re looking for a gaming laptop, the 17″ Alienware m17 laptop has dropped another $50 from yesterday. There are also some great deals on gaming novelties like a Street Fighter mini-arcade or a Game Boy Pocket themed Nintendo Switch controller. Nier Automata has dropped to only $17 for the PC, and you can still score a free pass to ComiXology, CBS, Disney+, Sling, and more.

This is another $50 price drop from yesterday’s already excellent price. The m17 is the 17″ variant of the new generation of Alienware m-series gaming laptops. Despite the larger screen size, it still clocks in at only 5.8 pounds.

If you want a new 2019 model AND a tremendous value, then take a look at this Dell G5 gaming desktop. This is a customizable config so you can pick and choose your preferred combination of components. The config we chose gives you a 9th generation Intel Core i5 6-core processor and a powerful RTX 2070 SUPER video card for about $1000. That’s hard to beat. Despite the fact that the G5 model is not as pricey as Alienware, it still boasts a toolless chassis so you can easily upgrade your memory and hard drive.

The PC version of this game still sells for $35 elsewhere but you can get it from Epic Games for absolutely free. If you like zombie horde shooters like Days Gone, Dying Light, or Left 4 Dead, you’ll feel right at home with this game. For more info, check out our review.

Onward Is Coming to Disney+ on April 3

Sign up for a 7-day free trial now and you’ll be able to watch the recently released Pixar’s Onward movie before the trial expires. In the interim, you can binge watch other big hits like Frozen 2, The Lion King, Aladdin, and every episode of The Mandalorian Season One. If you want to keep the subscription afterwards, it’s only $6.99 per month (or better yet, get a $69.99 annual subscription). Or sign up for Disney+, Hulu, and ESPN+ all for $12.99/month.

The 60-day extension (normally $30) has never, ever happened before. ComiXology is Amazon’s digital comic platform and is the largest digital retailer of American comics. The site hosts 20,000 digital comics, graphic novels, and manga from DC, Marvel, Image, Dark Horse, and more. Here’s your chance to access all of it, totally free, for 60 days. If you’re an avid comic reader, you might want to consider continuing on afterwards, since it’s only $5.99/month. You can even sign in with your Amazon account.

This cute little cabinet currently sells for $120 on Amazon, but you can get it for $20 off at StackSocial. This 1:6 scale cabinet is only 12″ tall but you can still play the original Street Fighter II: Champion Edition and Super Street Fighter II Turbo arcade games. In addition to a miniature fight stick control panel on the cabinet itself, the kit also includes a separate USB mini fight stick for 2-player mayhem.

This cute retro controller is inspired by the Game Boy Pocket. It’s compatible with the Nintendo Switch, PC, Mac, Android, and Raspberry Pi. The built-in 480mAh lithium battery gives it up to 18 hours of playtime between charges. You can get it for $30 on Amazon, or you can get it for 20% less at StackSocial with free shipping.

Save on some highly rated PC games. That includes Resident Evil 3, which is out in 2 weeks. GMG is a legit vendor, and the games are downloadable via the Steam platform.

Seamless Meal Delivery: $7 Off Orders $12 or More for New Customers

This is the time to try out a meal delivery service. Get restaurant food without taking the risk of being in a crowded area. Seamless is a tried and true, highly related service (they’re owned and operated by Grubhub) and you’ll have access to hundreds of restaurants. For new customers, sign up and and get up to 58% off your first order.

This Alienware desktop boasts a toolless chassis so you can easily upgrade the RAM and hard drive components on your own, saving your hard earned money. The new RTX 2080 SUPER is the latest generation of RTX cards and is modestly superior to the RTX 2080 (which is already more powerful than the GTX 1080 Ti). This makes the card the second most powerful card available. It’s paired with a 9th generation Intel Core i7 processor.

Apply the code in shopping cart and you’ll see this price at the last step of checkout before you place your order. This is $250 less than the best price on Black Friday. The RU8000 is Samsung’s highest end non-QLED TV of 2019. It’s very thin thanks to the LED-edgelit panel.

Keep up with live news updates for free. Sling Blue gives you access to CNN, MSNBC, HLN, and Fox News. You’ll also get access to HGTV, Food Network, A&E, Bravo, TNT, Comedy Central, Cartoon Network, The Discovery Channel, Nick Jr, and more. The Sling Blue service normally costs $30/month but it still might be worth it for all the great shows.

This is really simple to pull off. Simply apply both codes “GIFT” and “ENJOY” at checkout. With 30 days, you’ll have plenty of time to binge exclusive CBS All Access shows like Picard, Star Trek: Discovery, The Good Fight, and more. Afterwards, you can renew for only $5.99/mo (or $9.99/mo for the ad-free option), or just cancel before your trial ends. The trial normally is for 7 days, and this 1 month extension usually only happens two to three times a year.

This laptop might be a few generations older but it’s still a very capable workstation. This is a 3-pound laptop that boasts an Intel Core i5 processor with Turbo Boost to 3.6GHz, 8GB of RAM, 128GB SSD, and Intel Iris Plus graphics. There’s no Apple warranty but you do get a 2 year accidental damage warranty provided by CPS.

The biggest PC gaming stories of the week