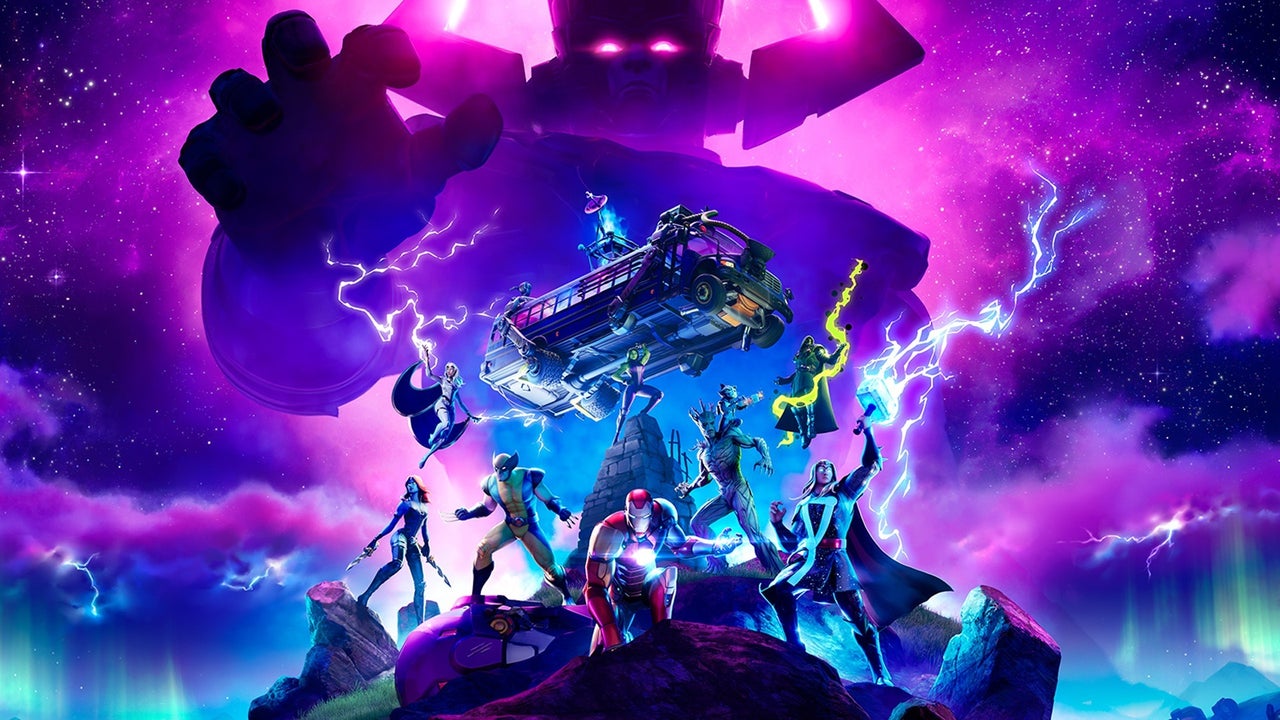 August 27, 2020 Off By tracy
Fortnite: Chapter 2 – Season 4, bringing with it, as teased earlier this week, a Marvel universe of heroes, villains, character skins, weapons, and new challenges.With Galactus threatening to devour a new world – that of Fortnite

– the new season, dubbed The Nexus War, sees a new set of Marvel characters arrive to fight against him and be unlocked in the new Battle Pass including:

Each character has their own special quest which will unlock a built-in Emote related to the hero or villain. The Battle Pass features 100 unlockable rewards, with plenty of Marvel-related new items included. New Marvel-themed super powers can be adopted in battles, like Doom’s Arcane Gauntles, Groot’s Bramble Shield, Silver Surfer’s Board, and more to come in the new season. New weapons like the Stark Industries Energy Rifle will be introduced.

And new locations, both currently added and more to come, feature a Marvel twist, like Doom’s Domain, Sentinel Graveyard, and more. And as you can see from the season’s first look, it looks like you’ll have a Helicarrier to call home, too, as it appears to be the new Battle Pass hub for players.

Leading up to the new season, a series of comic pages introduced how Thor and Galactus would factor into the Fortnite universe, with teases of other heroes to come.

This of course isn’t the first Fortnite and Marvel crossover — Captain America was previously released as a purchasable character, and last year featured a major Avengers: Endgame crossover, which was preceded by an Avengers: Infinity War crossover in 2018.