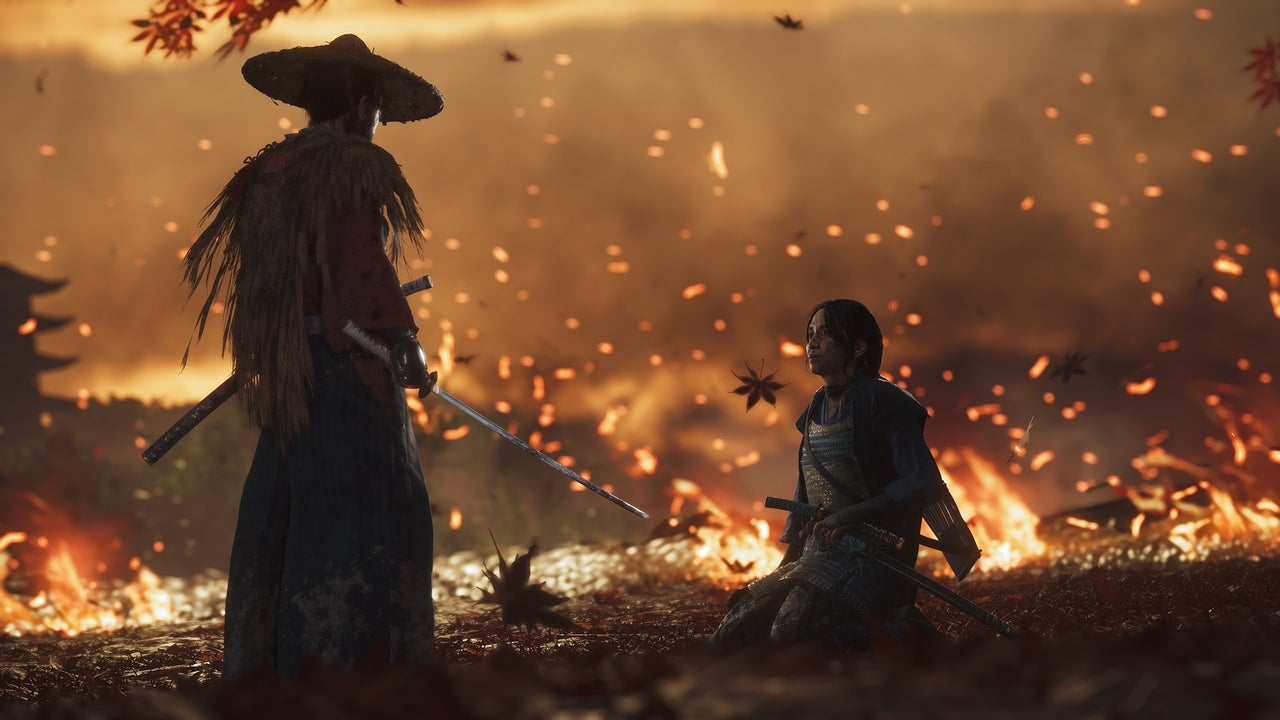 May 19, 2020 Off By tracy
Ghost of Tsushima, the long-awaited PS4 exclusive from Sony first-party studio Sucker Punch, will lead players on the journey of samurai Jin Sakai. And while the themes of honor and dishonor can often be found in samurai-focused media, the studio has taken a different approach to examining morality than it has in the Infamous franchise, its most recent games.Speaking to IGN after the Ghost of Tsushima State of Play, Creative Director and Art Director Jason Connell spoke with IGN about whether it considered adding any sort of morality meter to Ghost of Tsushima, given the Infamous games’ penchant for having players choose a good or bad path for their protagonists.“We thought about [a morality meter] because we had the karma system in [Infamous: Second Son], but we realized it was more important to us that we wanted to tell a human story of someone who is this way and has to evolve into something else, versus transform completely into something else,” Connell explained. “He doesn’t flip flop back and forth, it muddied it up for us. We really wanted the story to reflect his transformation.”

Second Son, Sucker Punch’s most recent full release, had players decide whether protagonist Delsin Rowe would be a benevolent, life-saving hero or a carefree, and careless when it came to lives, antihero. With Jin and Ghost of Tsushima, it appears the studio is aiming to tell a more singular story of Jin’s life. And, according to Connell, it’s a story defined by the very human challenges many of us face.

“It definitely plays with the notion of, you’re born and raised into this certain way of life. There’s expectations of you, the way you should perform. And then at some point, because some events happen, in this case a war, you have to challenge those things. And not everybody’s going to love the fact that you’re going to challenge an assumption that’s made upon your life,” he explained.

That’s not to say Ghost of Tsushima will be lacking in ways for players to choose how they want to play. Whether it’s the black-and-white film grain mode, Japanese voice track, color changes for gear, and more, Sucker Punch is obviously finding ways for players to tailor Jin’s story to their preferences. One of those is the flexibility in playstyle — the State of Play showcased Jin fighting as both a samurai and as the titular Ghost.

But these aren’t distinct modes players will be forced to play or spec Jin into throughout the game; the naming merely represents different facets of Jin as a character and fighter, emblematic of the “evolution” Connell referred to for Jin’s character.“There’s definitely important story moments that are more reflective of this change than others. But the reality is that even as you have gotten to some story moments, you can still play the game as this Samurai, you may just be more potent or more powerful. We don’t make you choose between [samurai and Ghost],” Connell said.

“When he’s a Ghost, he can turn around and play as a samurai because he’s always a samurai. All his training, using the Katana, that stuff is buried in him deep. On the stealth [State of Play segement], if you wanted to jump off the roof and start fighting like a samurai, you could totally do that. We don’t spec you out and suddenly you can’t play as a samurai. He’s always at his core, his heart of hearts, a samurai. The Ghost is this legendary warrior that he’s evolving into,” Connell said.

Some of those techniques range from Jin’s ability to engage enemies in standoffs — which, as Connell amusingly put it, “is the most samurai thing in the world to do, just walk slowly up to somebody and call them out,” while Jin will learn some tactics as the Ghost to intimidate and strike fear in his foes. Techniques aren’t limited to either Ghost or samurai — you can perform standoffs as the Ghost too, which Connell noted is even a prompt that appears in the State of Play, but simply wasn’t acted on as the developers tried to showcase a variety of tactics.

Stay tuned to IGN for more from our interview with Jason Connell.

Jonathon Dornbush is IGN’s Senior News Editor, host of Podcast Beyond!, and PlayStation lead. Find him on Twitter @jmdornbush.