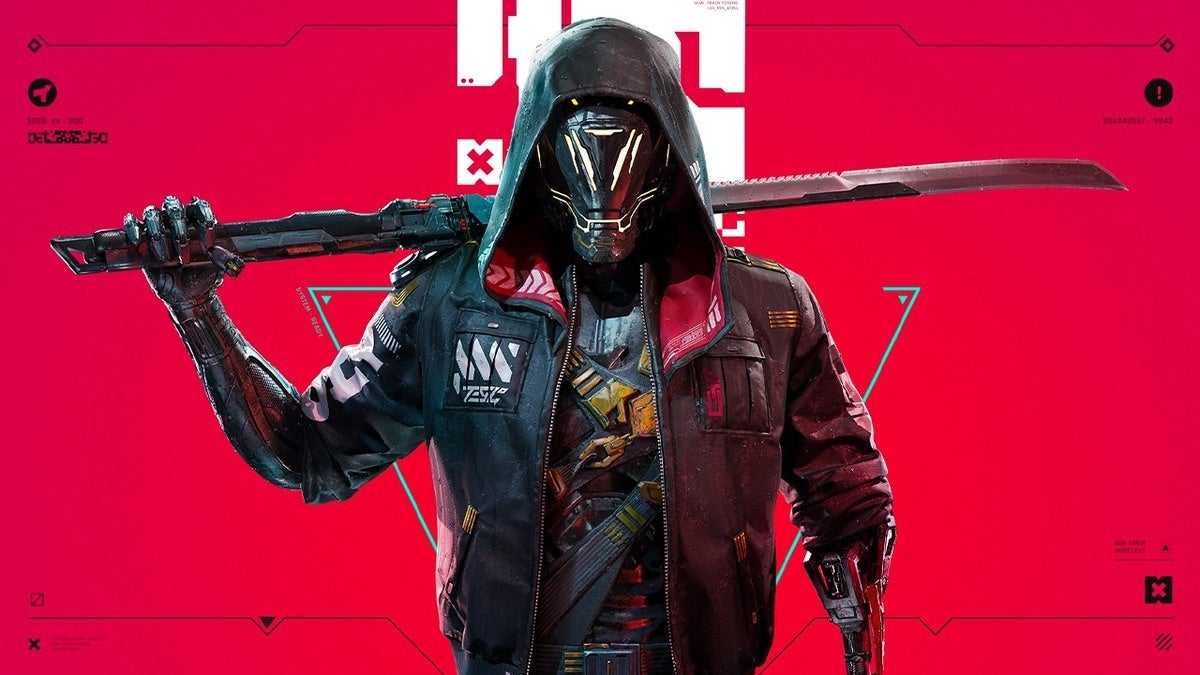 There is no shortage of great ninja-centric video games out there, from Ninja Gaiden to Metal Gear Rising to more recent gems like Katana Zero. But even among those, Ghostrunner stands out by being 100% committed to delivering that fantasy of becoming a super fast and deadly assassin. This is a game where you run fast, slide fast, kill fast, and if you can’t do those things fast enough, you die fast. It can be very demanding and requires pinpoint platforming precision and split second decision making, but it’s rarely ever frustrating thanks to instant respawns, mostly generous checkpointing, and most importantly, open ended combat encounters that offer multiple methods of approach. Make room at the table, Raiden, there’s a new sword-wielding cyberninja badass in town.

Taking place in a cyberpunk-themed post apocalypse, Ghostrunner tells the story of a cybernetically enhanced swordsmen who awakens after getting thrown out of a tower with little memory of what happened to him, who he is, or why he feels compelled to immediately plunge a sword into the poor soul waiting below him. Guided by the disembodied voice of an old man known as The Architect, the Ghostrunner gets wrapped up in an ongoing power struggle between the supposed rulers of this broken world, the efforts of a dying resistance, and the mystery of who he is.

It’s a predictable tale, but the story is nonetheless well told and respectably voice acted. What’s especially great though is how the storytelling almost never slows down the fast pace of this six to eight hour campaign. There’s a lot of well acted dialogue in Ghostrunner, but it all plays out via conversations that happen in the head of the main character. That gives you the choice to either stop and listen intently to what’s being said, or to just push on through the various parkour heavy platforming challenges that typically accompany any long exposition dumps.

Of course, the action is what you’re really here for – and if you’ve got a thing for lightning quick, reflex intensive, high risk/high reward combat that gets decided with just a single strike, then Ghostrunner was made just for you.

The only main weapon in Ghostrunner is a sword, though your speed and mobility options are weapons unto themselves. The Ghostrunner can run along walls, slide down slopes with great speed, and also utilize a quick dash that can be held down to slow down time and alter the direction of his momentum in mid-air. Chaining all of these abilities together created a wonderful flow of movement that allowed me to nearly effortlessly close the distance between me and the more basic enemies before satisfyingly slicing them in half.

Those basic enemies aren’t your only foes for long though, and one of the best things about Ghostrunner is how your adversaries always rise to meet your growing skills and abilities. Just when I got comfortable dodging and deflecting the bullets of the single-shot pistol wielding enemies, I had to deal with machine gun wielding soldiers that forced me to keep moving if I wanted to survive long enough to be able to hit them while they were reloading. After I got used to dealing with those, then I had to learn how to deal with shielded enemies that could only be hit from behind.

Ghostrunner does an amazing job of always keeping its action fresh.

Ghostrunner does an amazing job of always keeping its action fresh, and not just by periodically adding in new enemy types. Pretty much every level introduces something new into the mix, whether it’s an environmental mechanic like grind rails that completely change up how you navigate through a level, a temporary powerup such as a slow down that allows you to deal with a group of enemies that would otherwise be nearly impossible to take on without dying, or a shield battery that must be destroyed first in order to deal with the rest of the enemies in an encounter. Ghostrunner rarely stays on one theme for too long, and as a result the combat feels impeccably paced and never feels like it’s running out of ideas.

Best of all is the amount of flexibility each combat scenario offers. There’s often multiple entry points to any given encounter that each come with their own challenges. You might take the right side and have to deal with a machine gun enemy and a long path before you can get to him. Or you could take the left path, take down a ninja guarding a shuriken powerup, and then grind on a rail sniping enemies as you go. I felt like I was always rewarded for checking out different routes whenever I hit a wall.

While it’s platforming portions are much more linear, they still benefit from a ton of variety in their challenges. Sometimes you’ll have to hack something to freeze it in place while you navigate through or around it, other times you’ll have to quickly throw shurikens at power plates to open a door and dash through it before it closes, and you’ll often find yourself using dash in creative ways in order to get through tricky obstacles. The deep well of ideas Ghostrunner uses to power its short campaign is not quite Titanfall 2 levels, but it’s extremely deep nonetheless.

However, sometimes these ideas do overreach a bit and don’t quite fit with Ghostrunner’s controls. One section, for example, has you collecting 13 items scattered all around a constantly rotating object. It’s an awkward area with physics that feel off and frustrating mantling issues that send you flying towards your death when all you meant to do was pull yourself up to a ledge.

Ghostrunner also uses an interesting, albeit slightly gimmicky, upgrade system that allows you to alter and enhance your abilities. You earn upgrades automatically as you progress, which take the form of tetris-like blocks that can be rotated and placed onto a grid. Space is limited, and the better upgrades take much more of the grid, so you’ll have to pick and choose which upgrades you want to have active at any time. The upgrades themselves are pretty good, and I found myself largely keeping space reserved for deflection-based options since I loved being able to bounce bullets back at enemies. That said, I found myself not really caring about rearranging puzzle pieces in order to try and find an “optimal” placement, especially since any unused spaces on the grid will speed up your regeneration of a resource called focus.

Focus can be used to power one of your four special moves that each sort of function as a limited and situationally dependent ace in the hole. Blink, for example, can cut straight through shielded and otherwise tough to bring down enemies with one strike and keep your momentum going; Tempest, on the other hand, can be used to reflect projectiles that are otherwise extremely tough to avoid; and Surge is an anime-style sword energy slash that can take out multiple enemies from a distance. The last special move is a bit of a spoiler, but also has its own situational advantages.

It’s also impressive that Ghostrunner’s sights and sounds are no slouch either. This is a gorgeous looking game with an equally excellent synthwave-inspired soundtrack that will keep your head bumping all throughout.