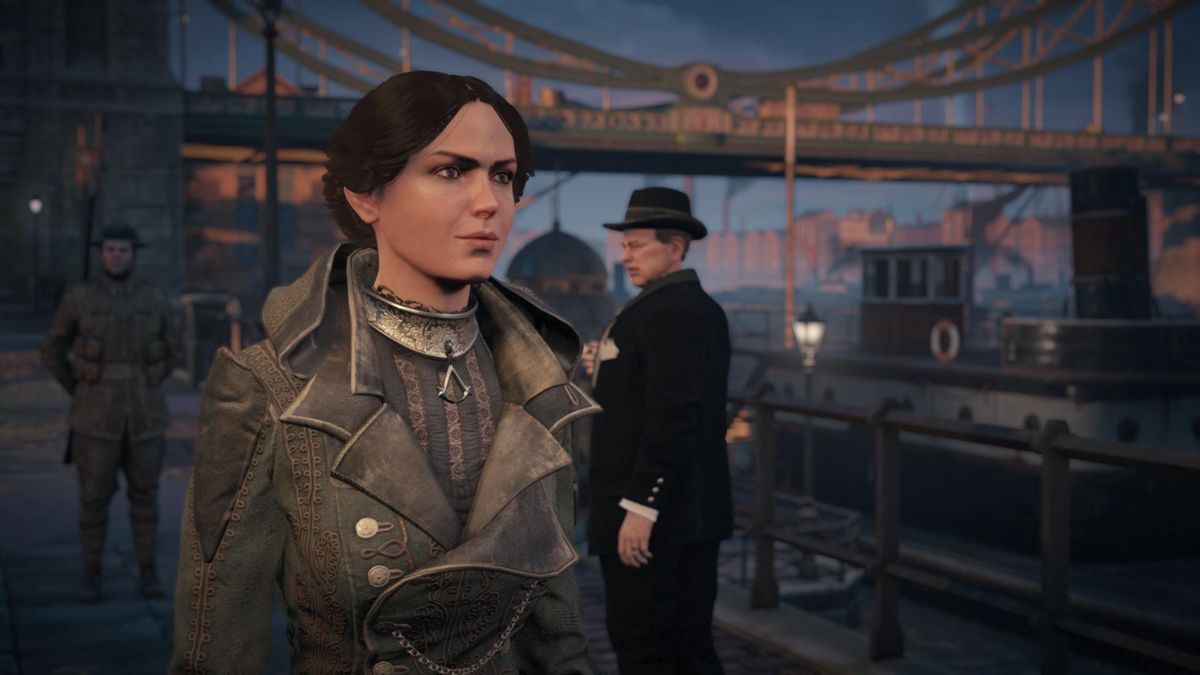 Great moments in PC gaming are bite-sized celebrations of some of our favorite gaming memories.

Six chapters in, Assassin’s Creed Syndicate deposits a marker on the edge of its map of Victorian London. You jump from boat to boat across the river to reach it, Froggering across the Thames. And there you find a hole in the simulation, a gap in space with the bombed-out London of 1916 on the other side. Step through and you’re transported decades into the future, suddenly inhabiting the granddaughter of one of the previous protagonists as she hunts spies and traitors across London.

If you’re going to do one iconic era of London—all horse-drawn carriages, top hats, and train murders—why not do another? Why not also do World War I, with zeppelins and recruitment posters and Winston Churchill asking you to be his personal spycatcher in return for the thanks of a grateful nation?

It is, in the grand tradition of Assassin’s Creed, sort of nonsense. Churchill’s base is in the middle of Tower Bridge, you take over an experimental anti-aircraft gun to shoot down biplanes, and nobody pays much mind as you run across rooftops, fighting enemies recycled from decades before.

Yet it looks right. The sun is always setting, searchlights picking out the clouds, smoke drifting past cranes, people huddled in boarded-up buildings. Where Syndicate’s London of 1868 is a zipline playground, here even the collectibles are maudlin—letters home from soldiers, most with notes at the end telling you how many days after writing them they died.

It’s a perfect contrast to the London where Charles Dickens recruits you to hunt Spring-Heeled Jack, where the underground boxing ring missions are just straight-up called Fight Clubs. Before first-person shooters got around to exploiting the possibilities of World War One as a setting, Assassin’s Creed did it with an unusually deft hand, balancing blatantly made-up stuff with enough actual history to make it feel like you experienced a moment that mattered.