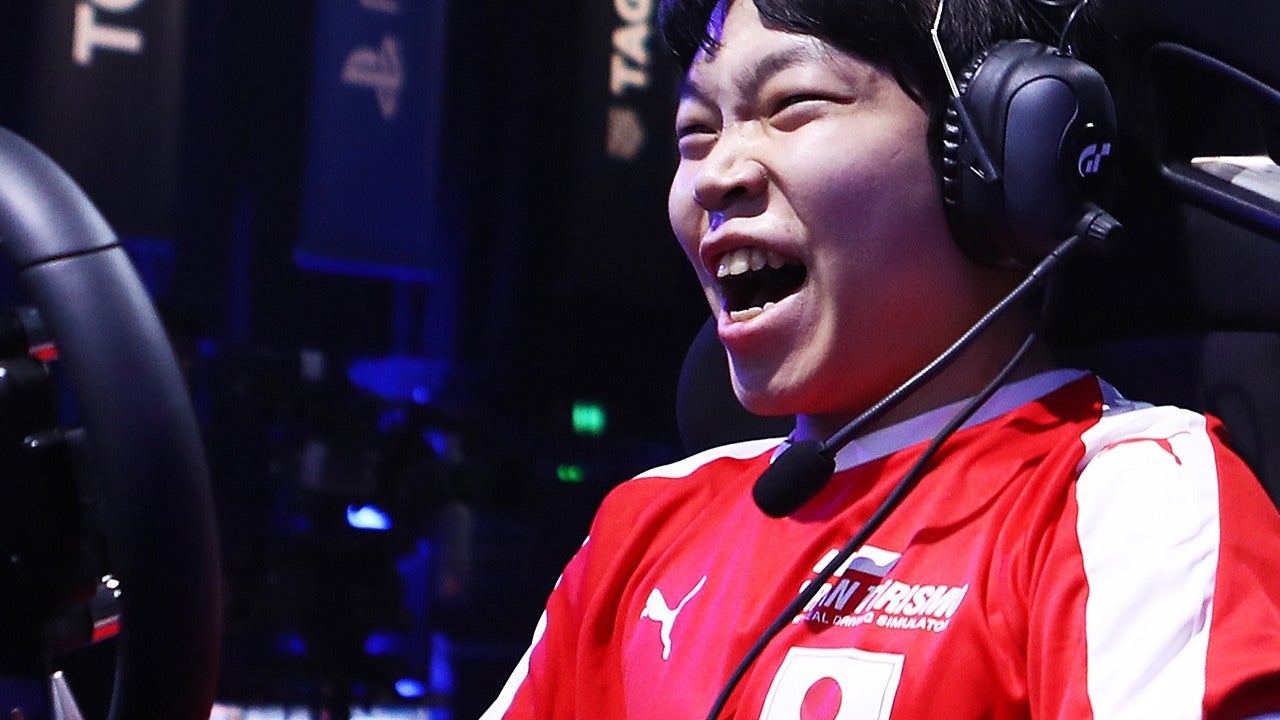 How GT Sport Is Making Virtual Racing the Real Deal

February 26, 2020 Off By tracy
Australia’s eccentric car culture is well documented. Falcons, Commodores, utes and fast four-doors. Brabham, Brock, and 351 Cleveland blocks. From Summernats and Mad Max, a love of everything from Bathurst cookouts to gender reveal burnouts runs deep down under.It’s no surprise, then, that – despite its geographical isolation – Australia plays host to a variety of big ticket international motor racing events, from the F1 curtain-raiser at Albert Park to the final round of the WRC, as well as the iconic Bathurst 1000 at Mount Panorama, the World Time Attack Challenge at Sydney Motorsport Park, and the MotoGP at Phillip Island.

However, another international racing event came to Australia for the first time this month, drawing competitors from all over the globe. But the venue for this high speed showdown isn’t one of the renowned race circuits mentioned above. In fact, the venue isn’t a race circuit at all. This racing championship doesn’t require a race track. It doesn’t even require real roads.

Where these drivers are going, they don’t need roads.

The Gran Turismo Championships (GTC) is a series of professional virtual racing tournaments that developer Polyphony Digital has been hosting in various cities around the world since 2018. Tokyo, Nürburg, Paris, New York, Monaco, and now Sydney are just some of the stopovers for the GTC World Tour events so far.

Certified by the FIA (the Fédération Internationale de l’Automobile, the organisation that governs F1, the World Rally Championship, the World Endurance Championship, and more) the GTC are split into two series. There’s the Nations Cup, where drivers compete individually representing their home country, and there’s the Manufacturer Series, where drivers compete in teams of three on behalf of one of the participating manufacturers. Entrants are selected for the live World Tour events via rankings from a dedicated online series within GT Sport’s ‘Sport’ mode. There are five territories: North America, Europe/Middle East/Africa, Central and South America, Asia, and Oceania. Anyone over 18 can have a shot.

It’s serious business, too, and Polyphony appears to spare little expense. In addition to the live studio audience, races are broadcast live via YouTube simultaneously in seven languages, with bespoke, two-person commentary teams for each audience. There are partnerships with Toyota, TAG Heuer, and Michelin, the drivers are clad fingers to feet in Puma gear, and there are enough Thrustmaster T-GTs here to buy a real car. Legendary Japanese game developer and Gran Turismo creator Kazunori Yamauchi is here to kick things off personally, and alongside him is the president of Motorsport Australia, Andrew Papadopoulos, and the FIA bigwig Stephane Fillastre.On top of this, the drivers who emerge as champions at the Gran Turismo Championships World Final are invited to join the FIA prize giving ceremony to be applauded alongside real world motorsport champions from a variety of disciplines. Polyphony even managed to get six-time F1 champion Lewis Hamilton on deck at the 2019 GTC World Finals in Monaco and to participate in a Pro-Am. He came third.“I could never foresee jumping on a plane six times going to Europe, going to America, you know, through a video game,” says Australian driver Adam Wilk. The New South Welshman is here competing in the Nations Cup and the Manufacturer Series with Ford.

“I’ve been playing Gran Turismo for about 20 years, and when the online aspect started from about 2010 you could see that there were a lot of guys who are ultra-fast, ultra-competitive,” he continues. “And by that stage esports started to get a presence. So I always thought, ‘You know, racing could do that too.’”

“And then to see how far it’s come in such a short period of time? It’s quite phenomenal. I’m just blown away that here we are now hosting an event in Sydney. We’ve got fast guys from all over the world coming together. Just an awesome experience.”

Adam Wilk at work behind the wheel in the Manufacturer Series.

Fellow local driver, Queenslander Kenny Conomos, regards the GT Academy as the origin of Gran Turismo esports, but is equally surprised at the rapid success of the GTC.

“I think it probably started with GT Academy, so that definitely gave a big spark to people; a bit of hope, you know?” says Conomos, competing in the Manufacturers Series with Jaguar. “You could get onto this reality TV show and become a racing driver; that was the prize.”

“So that was probably the first glimpse, but then that kind of fell off the radar. But yeah, [the GTC] has really been a big surprise: how big it is and how massive that they’ve done it. I mean, six trips in a year is no easy task and the cost of it, you know? Sending 50, 60 guys around the world to do it? it’s pretty crazy. So, yeah, definitely when I was young, I didn’t think it was possible. I wouldn’t have fathomed it being this big, for sure.

“I couldn’t even imagine what another three or five years would do. Who knows how big this is going to really be?”

“We’ve seen the numbers of the audience watching,” adds Wilk. “So it’s going to grow and grow.”

Those numbers are impressive, too; the 2019 season of the GTC racked up just over 47 million views across all broadcast platforms. While the amount of content uploaded also doubled, that’s still an increase of nearly 300% from 2018. Engagement exploded too, up 300% also.

There’s a reason why associations like the FIA and Motorsports Australia are keen to be involved in the GTC, and its increasing popularity is obviously a huge part of it. The FIA is also excited about digital racing’s capacity to work in tandem with traditional racing, effectively creating a consistent, worldwide racing platform for everybody and democratising grassroots racing.

“The beauty of the video game platform is that we can propose to all countries the same system, with the same rules and cars and challenges,” says the FIA’s Stephane Fillastre, head of brand, licensing, and retail. “We can be extremely inclusive. For us it is a fantastic tool for us to effectively provide to all the countries in the world which normally wouldn’t have access to traditional motorsport a platform which is inclusive. So that’s definitely the value, and why we think there is a bright future.”

“I’ve just come back from Oman; we had a congress there for the Middle Eastern and North African region,” adds president of Motorsport Australia, Andrew Papadopoulos. “And digital motorsport is being embraced hugely. Because that’s the grass roots level; it’s getting into motorsport without spending the money.”

There’s no desire to replace traditional motorsport with digital motorsport; the plan is to have them work together.

“I’m not sure we want to replace normal motorsport with digital motorsport, but it goes in with it,” says Papadopoulos. “You’ve got digital cricket, you’ve got football. I mean, FIFA’s got a huge footprint with their game.”

Before its release in late 2017, IGN discussed with Yamauchi whether the ultimate goal of GT Sport was to bring esports racers to Gran Turismo or turn existing GT fans into esports racing fans.

“I think the latter is true,” said Yamauchi at the time. “And there’s one more aspect of that and it’s an important point; it’s the definition of sport itself.”

“Sport in GT Sports has two meanings. One of those is, of course, what you would imagine when you first hear ‘esport’. When you have a big stadium full of people, tens of thousands of spectators, with millions in prizes for the winners. And that will probably happen for GT Sport as well.

“But my focus is not only that. There’s another aspect of sport that’s actually more important. What that is, is rather than the NBA, it’s the street basketball. Rather than the MLB it’s your local baseball team. It’s the part of sport that enriches your life in some way by playing it every day. Even if you’re not at the top in that sport it’s something that really gives you something extra in your life, and that’s the aspect of sport that I want to place a focus on.

Looking at the figures it would appear Yamauchi and his team at Polyphony have succeeded; GT Sport has now amassed 8.2 million users who are nearing a billion races completed. Yamauchi is particularly pleased at the personalities GT Sport is helping create.

“I think it also has to do with how Gran Turismo Sport was designed, but after I created the Sport and I created the Championships, you really got to see the strength of people and the power of the drivers,” he says. “These extraordinary characters that arose and started participating. They’re the ones that created the drama, and they’re really the drivers that change the future.”

“We have these rare characters that are incredible people who I was able to meet through the [Gran Turismo] Championships, and I think that’s what’s special about what’s happening here.

“The drivers that come up to the top of the eight million players of the game are really interesting people. They’re people that really command respect. That was my biggest surprise; it really moved me.”

Of course, all the glitz and pomp of the GTC production itself would be for naught if the on-screen product was incapable of delivering real racing drama, but it’s excellent viewing. Indeed, one of digital racing’s key strengths is just how closely it resembles the real thing. At the GTC virtual cameras track the action on screen, transitioning between trackside views and first-person shots. The driving is blisteringly quick and the passing clinical and calculated. English commentator Jimmy Broadbent calls the action with an irresistible level of enthusiasm. Attend or stream a GTC event and you’ll see racing is racing, regardless of whether it happens on real asphalt or within the bellies of a dozen PlayStations.

Racing is racing, regardless of whether it happens on real asphalt or within the bellies of a dozen PlayStations

After a wild weekend of racing it’s Team BMW who secure the win in the Manufacturer Series, and Japan’s Takuma Miyazono who wins the Nations Cup in the closest ever finish at the GTC to date. Just three hundredths of a second ultimately separate Miyazono from Australian driver Cody Nikola Latkovski in a drag race to the line out of the final corner that whips the crowd into a frenzy. As far as advertisements go for the GTC, the Sydney Nations Cup final is just about as good as racing gets, virtual or otherwise.

Last lap drama like that is absolute catnip for motorsport fans, and the very real pressure on Miyazono and Latkovski here must have been monumental. And yet, despite widespread acceptance of esports, virtual racers do still face some derision on account of their chosen specialty – sometimes even from real, professional race drivers.

Fillastre, for his part, isn’t having it.

“At the end, when you are getting the top 60 out of a community of eight million players, then those guys probably do have a certain talent,” he says. “There’s the credibility of the fact that they’re coming from a pyramid where they had to fight against eight million; those 60 have value.”

“We just have to let the other real racing drivers know that the set of skills are different, even if certain ones are common with real racing. But they also have to respect the fact that they are part of it, too.”

The final margin was less than half a car-length.

Luke is Games Editor at IGN’s Sydney office and came third in a GT Pro-Am with the help of Cody Nikola Latkovski, equalling Lewis Hamilton’s record and fulfilling his lifelong dream of meeting the Michelin Man. You can find him on Twitter every few days @MrLukeReilly.

Coffee Talk Review – A Caffeine High And A Crash