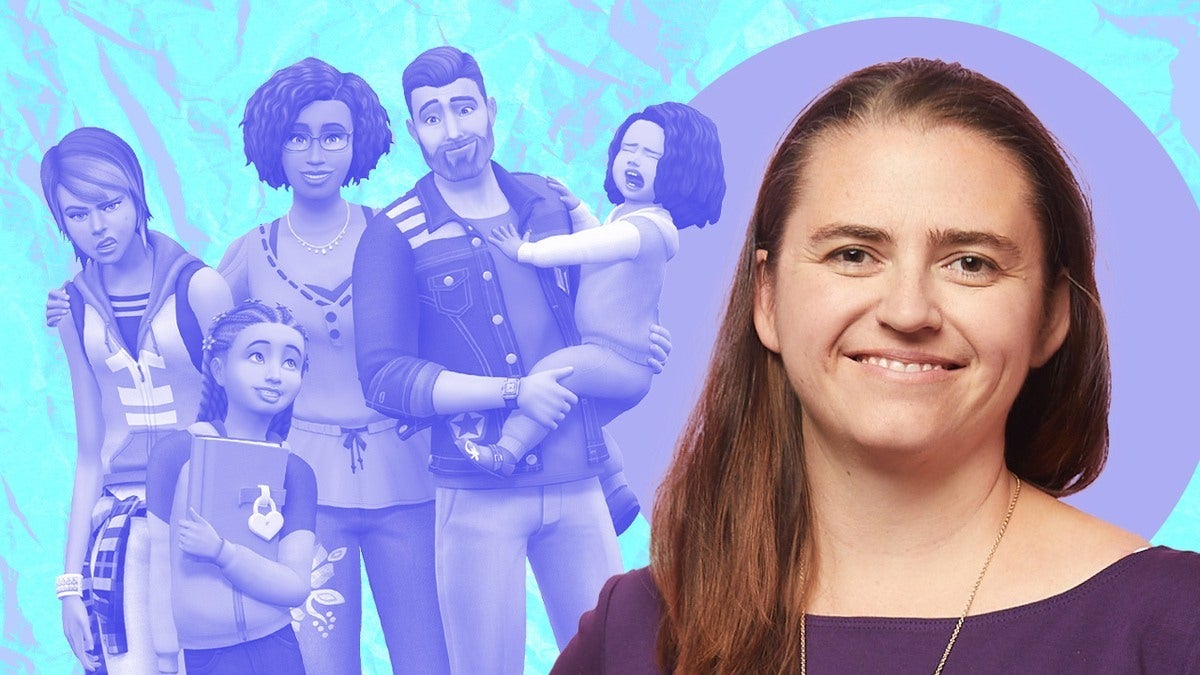 How Women Taught Me to Love and Build Games

Editors Note: This is a guest editorial written to celebrate International Women’s Day, and hopefully inspire a little, too. We’re very grateful to Lyndsay, backed by her team at EA, for taking the time to tell her story.

As we approach International Women’s Day, I’ve been answering a lot of questions about being a woman in the games industry. These questions all touch on the same themes – did you find it difficult? What obstacles did you have to overcome? Did you fit in? Did you have blockers or supporters? How did you handle it? All of them perpetuate the idea that women don’t really belong on game teams or play games at all. I started to reflect on my journey into gaming, and I was struck by the fact my exposure to gaming started with women. In fact, I wouldn’t have fallen in love with games was it not for my grandma.

My grandma was fiercely competitive and whip-smart. We played board games and card games but my grandma also loved technology. In her late 60s, she was playing games on her computer and had a NES before anyone else I can remember. She was playing nearly every weekend when we visited. It was at her house I first played Myst; my cousins and I played hours of Anticipation on the SNES; we repeatedly failed to beat Aladdin and lost out to her on Dr. Mario.

Lyndsay and her Grandma.

The existence of video games in my everyday life didn’t immediately lead me to think of joining games as a career. When it came time to think about going off to college I was pretty set on the idea of pursuing visual effects for movies, and I majored in Computer Modeling & Animation. At school, it became very apparent to me that my history in video games was very different than my male peers. But given the massive presence and culture around games at my college, I jumped in to play Counter-Strike, I joined the LAN parties, I played Virtua Tennis (very well I might add) and Soul Calibur; it was the language we used to connect.

I started to reflect on my journey into gaming, and I was struck by the fact my exposure to gaming started with women.

During my junior year in college, my friends in the Game Design major suggested we all volunteer at GDC. I’d never been before but was interested. That first GDC really opened up my imagination to what my career could be. I hadn’t connected the fact that video games were using all the same amazing technology that movies were, but instead, you were able to play with it and be immersed in it rather than just watching it. One of the friends I met as a volunteer at GDC was ultimately the person who convinced me to apply to EA as a tester, a role in which I would be playing games as they were built to ensure they worked under any combinations of play.

Starting at EA was another cultural shift for me. I had always considered myself a gamer. I loved games of all kinds, but I was witnessing a different level of passion and even fell prey to a dose of imposter syndrome. We played lots of games together, we tested lots of games together and we were all there for the same reason – to make awesome games. After a year in the testing department, I had a chance to work as a producer on The Sims

Makin’ Magic. Very early on in my career, it was apparent just how influential the women leaders had been on this team; in fact, my first manager in development was a woman.

I found women in all roles across the team and all levels of development. My manager, our development director, members of our art and animation team, a lead designer – there were incredible and experienced female game developers in all corners of our team, and I was able to jump in and feel like I belonged. Being able to start my journey on a game team through an expansion pack I was really excited about was incredible. I was able to create art, design features for the game, write text and more; it felt like a crash course into game development.

When we wrapped and moved onto The Sims 2, I was given a chance to work with more and more parts of the team and continued to see women in leadership roles around me. My more senior producer, the animators I worked with regularly, the brand leader, the audio team… I definitely started to feel like this was a place I belonged and a game I could really add value to.

My career and responsibilities grew immensely during The Sims 2, and I caught myself once again jumping into unknown territories to speak the language. Where it was Counter-Strike in college, it was User Interface during The Sims 2. I made icons and sliced up menus to understand how we did it, why it worked, and I broke a lot of builds along the way. As I moved forward, my responsibilities changed. Now I was in a position to start working more broadly across the game and start guiding the culture of the team. It was then I started to recognize how the unique makeup of The Sims team was directly contributing to our game. We couldn’t make a game about life if we only looked at life through a small lens. We were seeking to create experiences: approachable, relatable and authentic to players of all ages and genders around the world. The Sims is not a game made FOR women, but it does provide a space where women and girls can certainly feel safe, recognized and celebrated. My grandma would have loved it.

To this day, The Sims puts an intense amount of focus into crafting this space for exploration and self-expression, and it requires that we put our own perspectives aside to recognize when someone else knows more than we do. When we introduced gender customization we worked with GLAAD; we couldn’t claim to be experts in representing these stories. When we craft a pack centered on raising children and being a parent, we want to reflect every experience: being the mom, dad, sister, brother, grandparent, or troublesome toddler. We couldn’t possibly do that if we didn’t ask a lot of questions and create a culture of listening and learning.

I’ve been fortunate in my life and career to be surrounded by women who love gaming and recognize that it’s as much for them as anyone else.

I’ve been fortunate in my life and career to be surrounded by women who love gaming and recognize that it’s as much for them as anyone else. I bring that into my work and advocate for recognizing the vast audience that’s out there at any opportunity. I’m very proud that The Sims team has such a high percentage of female developers in this predominantly male industry. And we’ve made The Sims the top PC game for female players in the US. I am honored anytime I can attend Grace Hopper or present to the Girls Who Code about why we NEED them to help us make better games. My daughter is already really excited to play games and I plan to introduce her to all kinds of them. And in continuing the family tradition, her grandma, my mom, just bought a VR setup to play Beat Saber and has dominated top scores in 2048.

Games aren’t just for gamers, and gamers don’t come in just one flavor. We’re seeing this shift happening slowly in the movie industry with more movies created by and for women, showcasing distinct points of view, and different parts of the world. I believe we’ll see the same thing in games, and I honestly can’t wait. To the influential women in my gaming life – and to all the players out there – Happy International Women’s Day!

Lyndsay Pearson is the Executive Producer and General Manager for The Sims, leading and driving teams that have worked on a variety of projects across The Sims franchise. Since joining Electronic Arts in 2003, Lyndsay has worked on all generations of The Sims titles pushing to deliver powerful creativity and self expression to players around the world. In her role she focuses her attention on the design and development of the player experience; team dynamics and processes; and charting the future of The Sims. As part of EA’s Women’s Ultimate Team and Inclusion Council, Lyndsay is an advocate for diversity and inclusion not only in The Sims but across EA.