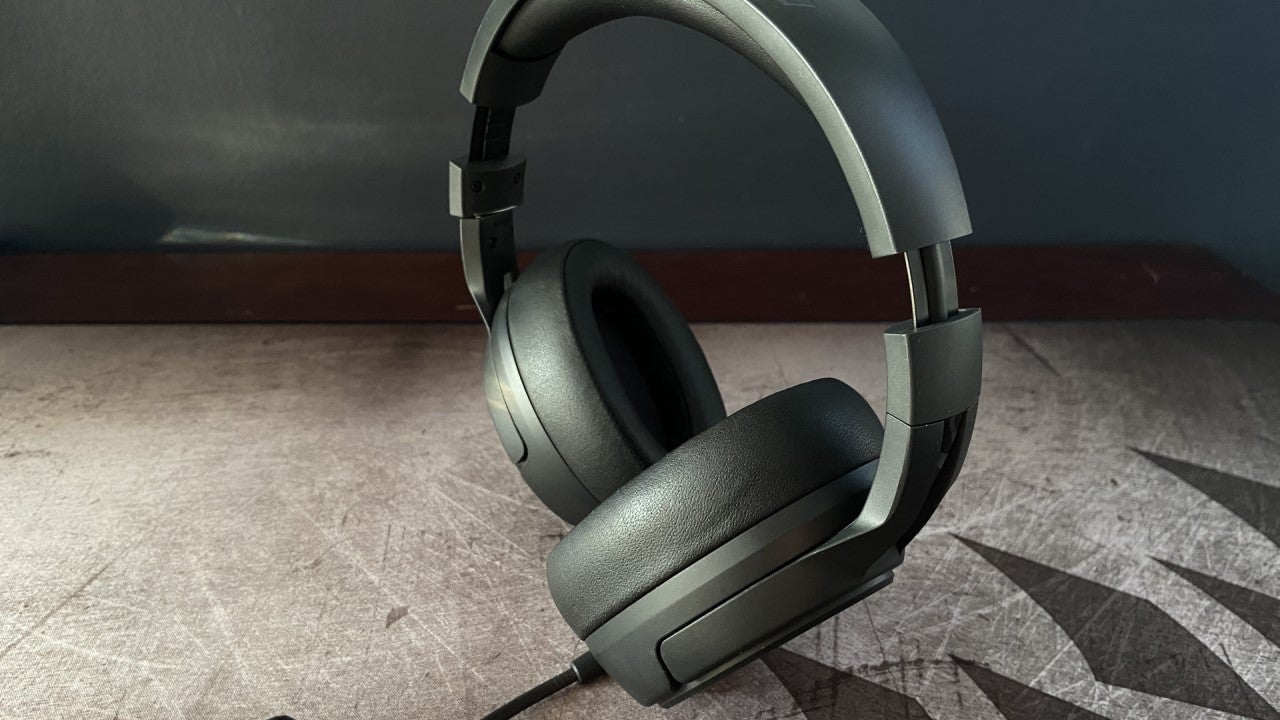 April 20, 2020 Off By tracy
The HyperX Cloud Flight S is the first gaming headset in HyperX’s stable with Qi wireless charging. It’s also one of the first over-the-ear headphones from any manufacturer with the feature. After reviewing the company’s first wireless headset, the Cloud Flight, last year and bemoaning the lack of virtual 7.1 surround sound, I was excited to see HyperX’s custom-tuned virtual 7.1 surround sound make the cut this time around. In addition to new charging and audio features, the Cloud Flight S also delivers some new and interesting design elements. Let’s jump in and see what this $160 wireless headset can do.

Setting up the Cloud Flight S is a snap. Just plug in the included USB wireless transmitter and you are good to go. The USB dongle transmits via a 2.4GHz connection rather than Bluetooth, and the transmitter and headset are paired out of the box. There’s no 3.5mm audio jack for the headset, which means it operates only in wireless mode. There’s a USB cable in the box for charging if you don’t have a Qi wireless charger. Such a charger is not included with the Cloud Flight S; HyperX sells one for $60.

Without a 3.5mm jack or Bluetooth, the Cloud Flight S does not work with phones and tablets or the Xbox One. It’s compatible only with PCs and the PS4.

The Cloud Flight S is constructed mostly from plastic with a metal band that runs inside the headband. I don’t think it’s unreasonable to hope for metal forks to hold the earcups to the headband on a $160 headset, but the headset still feels fairly sturdy. Those plastic forks are the weakest link in the design and will be the thing that snaps should you toss the headset in anger after a tough loss.

With soft, memory foam padding covered in synthetic leather on the earcups and underside of the headset, the Cloud Flight S sits comfortably on your head and against your ears. The fit is snug without being too tight. The earcups telescope 1.4 inches from each end of the headband to get the right fit on heads of most if not all sizes. And when you take a break, the earcups rotate so that they lie flat against you when you rest the headset around your neck – always an appreciated design touch.

With the Cloud Flight S, HyperX has introduced some new controls. You’ll find a volume dial on the right earcup and the power button and a button to toggle between stereo and virtual 7.1 surround sound on the left earcup – standard offerings. What’s new are four indentations spaced around the perimeter of the earcup, each a programmable control. By default, the two on the sides let you adjust the balance between game and chat volume. The top indent controls sidetone, and the bottom mutes the mic.

You can reprogram the buttons using the free HyperX NGenuity app, but you’ll need to download it from the Microsoft Store. I first downloaded it from the HyperX website, and it failed to recognize the Cloud Flight S. The version in the Microsoft Store is newer (it is listed as a beta) and picked up the Cloud Flight S with no issue. The app is very basic. You can adjust the volume levels, toggle sidetone and 7.1 surround sound, and adjust the game-chat balance, but these are all settings you can control on the headset itself. The only reason to use the app is to customize what the buttons do on the left earcup and to check to see if 7.1 surround sound is on or off (since you are given no indication on the headset itself). The app would be a lot more useful if it added an equalizer so you could custom tune the sound of the headset.

These four new controls are awesome, and I would be shocked if they didn’t start showing up on other HyperX headsets. They are intuitive to use and don’t detract from the overall design of the product. Also on the left earcup is the mic jack and micro-USB port for charging the headset at times when you aren’t within arm’s reach of a wireless charger.

Next to the power button is a status LED that lets you know when the headset is powered on and connected. It also clues you into remaining battery life – it’s solid green when you are above 90% battery, blinks green when you are between 15% and 90%, and blinks red when you have less than 15% remaining. Like the Cloud Flight, the Cloud Flight S is rated for 30 hours of battery life. While it’s useful to know when the battery is about to run out, I wish the status LED also indicated whether you had 7.1 surround sound enabled. The audio drops out for a second when you hit the button to toggle between stereo and surround sound, but it would also be nice to know what setting is currently being used when you pick up the headset.

Like the Cloud Flight, the Cloud Flight S features 50mm drivers that deliver big, dynamic sound. With CS:GO, the difference between stereo and surround sound was striking. Not only could I better locate sounds using the headset’s virtual 7.1 surround sound, but the sound was so much more dynamic. I got such a better sense of space in 7.1 sound. The sound field sounded enormous and made the 3D space seem so much more realistic. By comparison, stereo sound was muddy and made it more difficult to understand every word among the chatter from my teammates.

In Overwatch, I played with the game’s built-in Dolby Atmos setting with the headset in stereo mode, and then I enabled 7.1 virtual surround sound on the headset and turned off Dolby Atmos. Both scenarios deliver a huge sound field with enemy fire and effects easily located. In the end, I found that I preferred the sound of keeping Atmos off and using the headset’s 7.1 sound. The game sounded brighter and crisper with greater separation between low frequency explosions and the highs of gunfire. With both games, I did not experience any lag in the audio. It stayed locked in, even during the most chaotic battles in Overwatch.

One area the headset didn’t stand out was the mic. I tested the mic by making a voice recording, which sounded average at best. My voice sounded a bit muddy and did not stand out against background noises.

The HyperX Cloud Flight S is available on Amazon, Best Buy or direct from Kingston with an MSRP of $159.