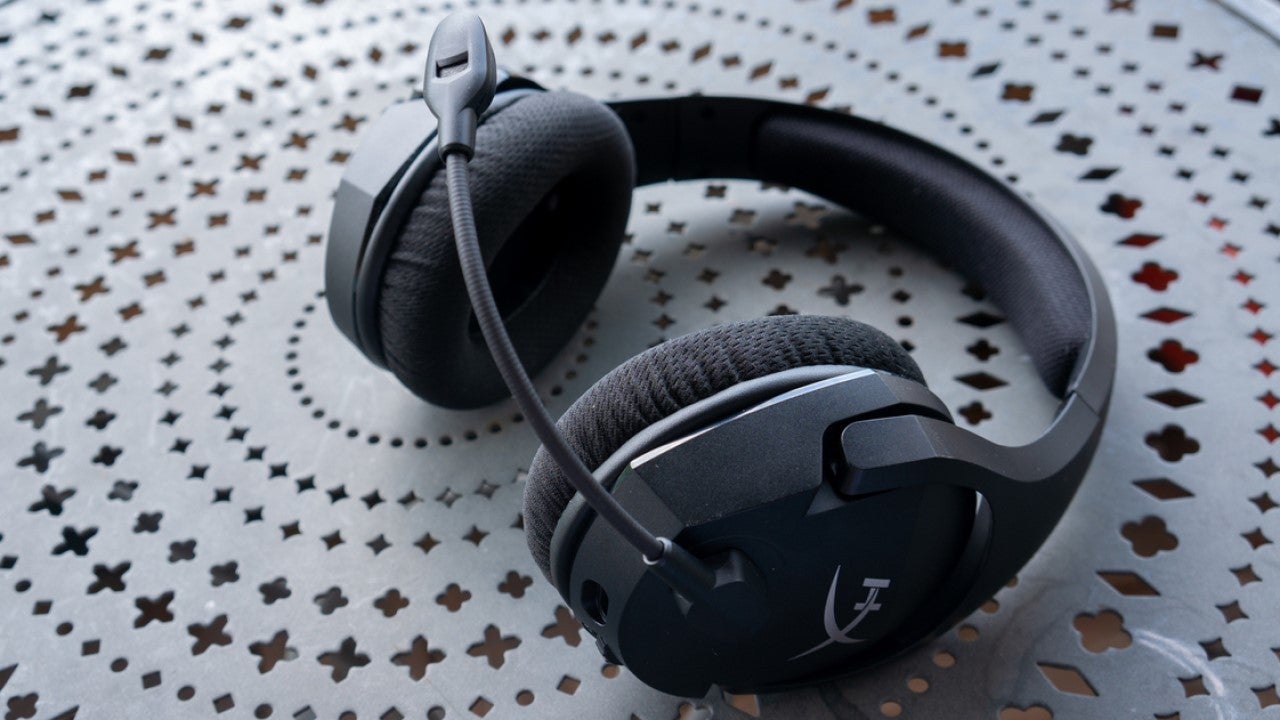 September 6, 2020 Off By tracy
HyperX has a new duo of affordable gaming headsets on the market now, bringing it’s Cloud Stinger series to a more budget-friendly price point in the form of the Cloud Stringer Core headsets. The HyperX Cloud Stinger Core Wireless + 7.1 is, as the name suggests, a wireless model with 7.1-channel surround sound that costs just $79.99. As far as wireless gaming headsets go, that makes it on the cheap side. So, let’s see just how well it fits into the competitive market of wireless gaming headsets.

The Core headset opts for mesh ear cups that only have a few degrees of swivel, and the padding in the ear cups and headband is fairly light. The negligible weight of the headset (just under 244 grams) keeps it feeling comfortable for long play sessions though.

The Core model maintains the 17-hour battery life of its predecessor, but now it can charge using a USB-C connection, helping bring it in line with the modern era of ports. The headset also continues to connect using a small wireless dongle for lossless and lag-free audio over a 2.4GHz connection. The dongle is about the size of a typical flash drive and connects to a USB-A port.

The audio on offer comes through 40mm neodymium directional drivers with support for software-enabled 7.1-channel surround sound on Windows PC. The headset offers a frequency response range from 20Hz to 20kHz. Dialing in the volume is also easy with a volume wheel on the left earcup.

Surprisingly, the microphone also offers a considerable frequency response range from 50Hz to 18kHz. It also maintains the flip-to-mute function of its predecessor, alongside a unidirectional pickup pattern, noise-cancelling, and a fabulously flexible boom arm.

HyperX’s NGenuity software is a fairly simple app for controlling settings of the headset. That is to say, it’s rather barren. It has a basic volume control for the speakers and microphone, and a toggle for 7.1-channel surround sound. Given the software is required to enable surround, it’s disappointing to not even see custom EQ or any sidetone settings.

Few wireless gaming headsets come into this price ballpark, so it would be fair to expect less from them on the audio front – but the HyperX Cloud Stinger Core Wireless + 7.1 holds up well.

The drivers can sound a little bass heavy, but that bass-forward sound manages not to muddy the audio. Not only does it succeed in delivering low booms, but it can keep bass, mid, and high-end sounds fairly clean.

I took the headset through well over 20 hours of Overwatch, which not only has excellent audio but also supplies a great deal of information through its audio. Amid frantic combat and plenty of gunshots ringing out around all sides, I could still hear clearly enough to pick up major warning signals like the sounds of a lurking Reaper, the approach of Roadhog looking for a pick, or the all-too-alarming callouts from D.Va or Pharah popping their ultimate abilities.

The ability to hear those audio cues clearly and with directionality was enough to maintain my usual level of play. So, I give the headset credit there. That said, the 3D audio comes down to the game, as I couldn’t spot the slightest difference between having the 7.1-channel mode on and off.

The microphone is perfectly serviceable. It’s a bit on the mellower side, and doesn’t seem to pick up as much on the low end. With the mic positioned close to my mouth, my voice sounds a bit fuller but with occasional clipping. However, positioned further away, the microphone can occasionally miss the first sound it hears when trying to cut down on noise. My teammates never complained (even though the lack of sidetone leads to more shouting than I’m used to), but it’s not a mic I’d try to start a streaming channel with. I’ve found the ClearCast microphones on SteelSeries’ headsets and the impressive Sennheiser GSP 370 headsets’ mic far more lifelike.

The wireless connection is perfectly stable while in the same room as the receiver. Putting a couple walls between quickly sees the signal spot out, even while under 20 feet away. The battery life also met HyperX’s advertised 17 hours, though the low-battery alert always felt much too early for me to anticipate the eventual shutdown, leading me to frantically swap headsets on several occasions.

There are only a few serious competitors for the HyperX Cloud Stinger Core Wireless + 7.1 in its price ballpark. The PDP LVL 50 is a match on price, but doesn’t have as good a build. However, for just a little more, HyperX is outclassed by the Corsair HS70 Pro (read our review of the original Corsair HS70) and the SteelSeries Arctis 1 Wireless.

The HyperX Cloud Stinger Core Wireless + 7.1 is available on Amazon with an MSRP of $79.99.

CategoryHardware
Epic Games Asks the Court Once More to Reinstate Fortnite to Apple’s App Store After Daily iOS Players Drop by Over 60%
CoD: Warzone stadium code: How to get the Enigma blueprint in Warzone