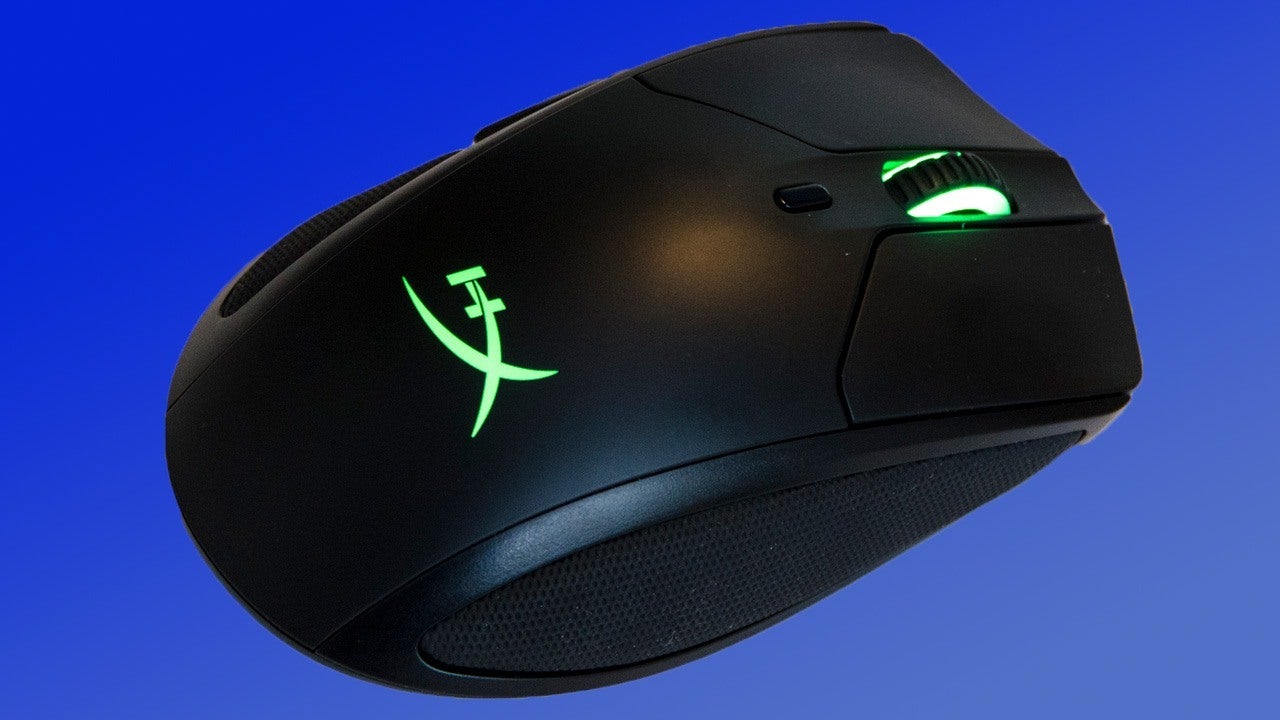 March 7, 2020 Off By tracy
Kingston is no stranger to gaming mice. In the last couple of years, the company has built a veritable colony under its HyperX brand, from the budget-minded Pulsefire Core to the premium Pulsefire Surge with its eye-catching wrap-around lighting. All that was missing from the lineup was a wireless model, and the Pulsefire Dart has arrived to fill that gap. Interestingly, Kingston has decided to cut the cord at a mid-level price point, and what you end up with is a mouse for gamers who want a precise and capable gaming mouse that trades some high-end features for industry-standard Qi charging.

I admire Kingston’s restraint. The Pulsefire Dart, like the rest of the Pulsefire family, is styled conservatively. There are no Lamborghiniesque angles here, like on the Logitech G900. Instead, it’s got a lot of gentle curves and a beefy, ergonomic hump that’s comfortable for palm grippers. Nor are there a dozen buttons buried in every nook and cranny of the shell. It’s got exactly six buttons, all programmable, and they’re the ones you’d expect: left and right on top, two under the thumb, a mouse wheel, and a DPI toggle behind the wheel. The left and right buttons sit on top of Omron switches and are rated for 50 million clicks.

The mouse’s signature feature is wireless connectivity, of course. Unlike a lot of mice, though, there’s no proprietary wireless tech (like Corsair’s Slipstream) or dual mode wireless connectivity (like the Corsair Harpoon RGB Wireless’s 2.4 GHz and Bluetooth). It features a standard 2.4 GHz radio and includes a USB antenna dongle for your PC, with a twist: If your PC isn’t close to the mouse, you can plug the dongle into the included six-foot USB cable and use it as an extension to position the dongle close to the mouse.

I experimented with various positions and never noticed any glitches, but it’s great that Kingston accommodates users who might run into issues with PCs that are too far from the mouse. When the cable isn’t acting like an antenna extension, you can use it to charge the mouse or use it as a wired controller.

Overall, the Dart measures 1.7 by 2.9 by 4.9 inches and fits my hand quite nicely, but it’s admittedly a lot to push around the desktop, especially if you’re used to a lightweight mouse. Weighing 112 g (120 g if you plug in the USB cable), it’s the heaviest Pulsefire by far. That’s understandable, though – it’s got a battery in its belly. Speaking of the battery, Kingston cites a 50-hour battery (or 90 hours if you turn off the LEDs).

I hate charging my mouse with a clumsy USB cable, so the mouse’s Qi charging capabilities are especially welcome. Unlike many wireless mice, the Dart doesn’t rely on proprietary charging tech. Instead, you can place it on any Qi-compliant charger. Kingston has released its own Chargeplay Base, a dual charger that can handle the Dart and one other device (like your phone) simultaneously. This $60 charging pad isn’t cheap, but it’s super handy to be able to charge two things at once. And if you remember to put the mouse on a charging pad when you shut your PC down at the end of the day, you’ll never have to use it with its included USB cable or find out how long it takes to charge a dead Dart.

But that’s a good question. How long does it take to charge a dead Dart? I never ran it all the way down to empty, but when it reached about 30 percent, I put it on the Chargeplay Base and found it took about 90 minutes to top off. Charging a second device on the other pad had no effect on charge time. It would be faster to charge the mouse via the USB cable, of course, and you could continue to use the mouse while it charges – but the cable adds additional inertia to the mouse.

Surprisingly, the Pulsefire Dart doesn’t have any sort of slot or compartment to stow the wireless dongle for travel. That’s weird, but aside from that, the mouse hits the right notes for comfort. The sides are padded with imitation leather, which is surprisingly comfortable. If you anxiously dig your fingertips or the fleshy part of your thumb into the mouse, the sides actually “give,” as if you’re pressing into a sofa cushion.

Under the hood, the Dart is equipped with a Pixart 3389 sensor, which has a maximum resolution of 16,000 DPI. Certainly, there are mice that offer more DPI, but on any reasonably sized monitor, most gamers won’t come anywhere close to needing the full resolution that this mouse offers. And if your PC can’t handle the mouse’s default 1000Hz polling rate, you can dial that back as well.

On the hood, as it were, Kingston illuminates the Dart in two zones – on the scroll wheel and the HyperX logo on the mouse’s rump. At full brightness, it glows great even in a brightly lit room.

HyperX’s NGenuity desktop software is extremely straightforward, mainly because the features it offers are fairly limited. On the lighting tab, you can choose from among three lighting patterns and a color wheel to dial in exactly how you want it to look.

The sensor tab lets you specify up to five DPI settings you can toggle through, though out of the box, the mouse is configured with just three. You can also choose a mouse wheel color to associate with each DPI, so there’s a visual indicator of which one you’ve chosen.

Modders will be most interested in the buttons tab, where you can remap each of the six buttons on the mouse. You can assign keyboard functions, choose multimedia playback commands, or program and assign simple macros. The macro recorder isn’t especially powerful – there’s no cut and paste or other fancy editing, for example, or run once/loop controls – but it’s easy to use and can handle most ordinary macro tasks. One annoying frustration: there’s no visual indicator to tell you what functions the mouse buttons are currently assigned to.

The mouse’s base settings are saved to the mouse itself, so you can easily take it on the go (don’t lose that antenna dongle), but you can also save any number of additional profiles, and bind them to specific games.

To put the Dart through its paces, I played Call of Duty 4: Black Ops and Fortnite. The mouse glided well enough on my mousepad, but the lack of PTFE or a similar low-friction material on the bottom was somewhat noticeable, especially when I tried using it directly on the desktop.

In general, the mouse was accurate and responsive – though it did have a tendency to force me to overshoot and sometimes over-correct when aiming, such as when I had to fly across the screen quickly to engage a distant enemy. That’s because it’s a bit on the heavy side, and personally, I’ve gotten used to playing with featherweight controllers. But if you’re already comfortable using mice in the 80- to 100-gram range, the Dart probably won’t feel that much different.

I rarely use more than two DPI settings in a game. I like to switch between relatively low and high DPIs depending upon whether I have a shotgun or sniper rifle, for example, and when I’m scouting or pixel hunting, but I don’t enjoy cycling through five different settings to get past the ones I rarely use. That’s why I really appreciated the fact that I could delete DPI slots I didn’t want from NGenuity desktop software, so the DPI button truly became a toggle between 800 and 5000 DPI for me. I didn’t need the helpful LED color coding that announced which DPI I had selected, but I was glad it was there, since it eliminated all ambiguity when adding additional DPI settings.

Speaking of buttons, despite the price and wireless capabilities, this is an admittedly basic mouse. With only six buttons available, most gamers will probably only reassign the two side buttons, and so that gives you limited flexibility in a lot of gaming scenarios. For FPS games like Call of Duty, that suited me just fine, but MMO players might feel limited.

The HyperX Pulsefire Dart is available on Amazon with an MSRP of $99, while the Chargeplay Base costs $60.