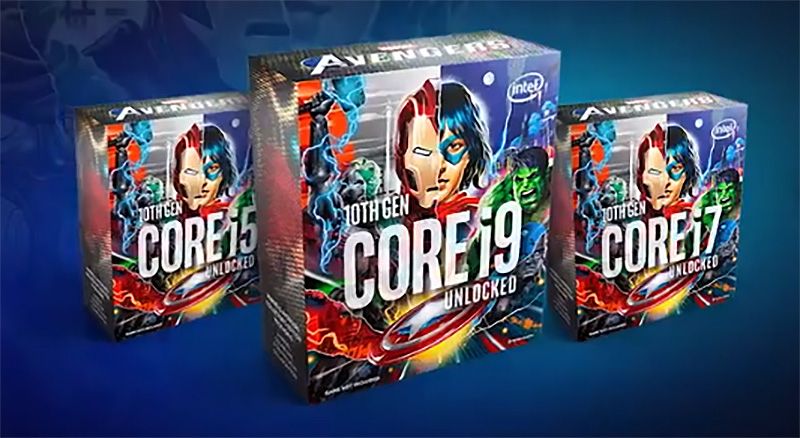 A couple of weeks ago, we wrote about a spattering of overseas retailers selling Intel “KA” model CPUs marketed as being Avengers Edition processors. Now there is no doubt—Intel confirmed on Twitter that it has partnered with Marvel on a set of Core desktop processors featuring Avengers Collector’s Edition packaging.

Intel stopped short of listing exactly which Core CPUs are available with the themed packaging, and it did not divulge how much of a limited run this promotion is going to be. However, one interesting thing about the tie-in is that the upcoming Marvel’s Avengers game is not actually included. Because…well, I’m not actually sure.

You can sort of see the disclaimer on the lower-left corner of the box by zooming into the image in Intel’s video, but it’s blurry. For a better view, Twitter user @momomo_us spotted a retail listing at KCC Shop with a set of photos taken by the retailer, which clearly show the “game not included” text on the box.

Marvel’s Avengers launches on September 4 for PC, PlayStation 4, Xbox One, and Google Stadia. Square Enix originally planned to release the game in May, but like many other things, it was pushed back a bit due to Covid-19.

The specifications are the same on the KA models as they are on their regular counterparts. So what you’re getting with the KA models is a themed package designed by muralist Tristan Eaton.

The Best Nintendo Switch Deals on Consoles, Games, and Bundles of 2020