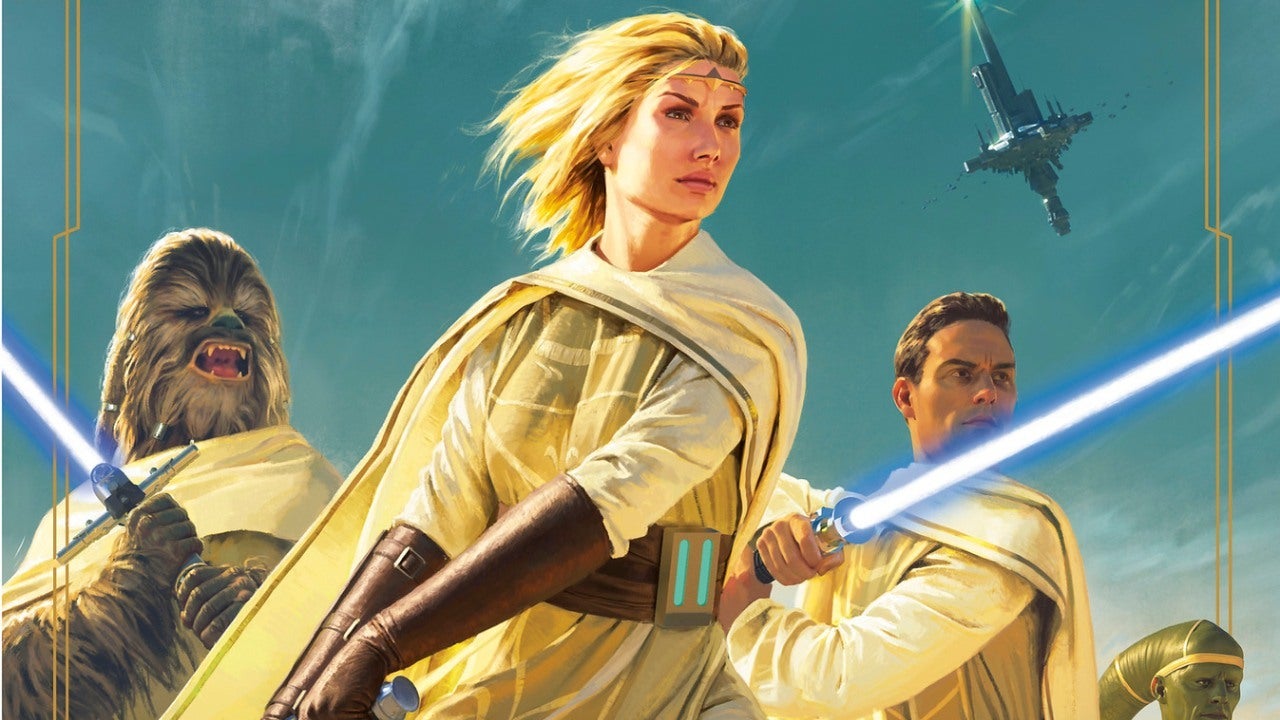 February 25, 2020 Off By tracy
Star Wars’ Project Luminous has officially been revealed as Star Wars: The High Republic – new adult and young adult novels, children’s books, and comics that will explore this new era that takes place 200 years before the events of Star Wars: The Phantom Menace.These inter-connected stories, which will begin to debut in August 2020 at Star Wars Celebration Anaheim, “will not overlap any of the filmed features or series currently planned for production, giving creators and partners a vast amount of room to tell Star Wars stories with new adventures and original characters.”

This is a multi-year project that will have a “core group of heroes that will expand,” and the first phase of this new initiative is called “Light of the Jedi.”

Hundreds of years before the Skywalker Saga, the Galactic Republic is at its height. Protected by the Jedi Knights, guardians of peace and justice throughout the galaxy.

Jedi are like the Knights of the Round Table during the High Republic Era, and villains known as the space viking-like Nihil will be causing trouble in that galaxy far, far away. The High Republic has a very distinct style, which is reflected in the Jedi’s Temple wear and mission attire. Additionally, some of the Lightsabers will resemble King Arthur’s Excalibur, complete with longer handles and a crossguard.

The threat and tension, as Lucasfilm’s Pablo Hidalgo explains, stems from the fact that the Republic’s reach does not cover all the galaxy. It is a time that has a bit of a “wild, wild west” feel. There are even “Texas Ranger” Jedi who explore the farthest reaches of space, beyond the safety of the Republic.

These stories will written by a team of writers that include Claudia Gray, Justina Ireland, Daniel Jose Older, Cavan Scott, and Charles Soule. Lucasfilm brought these writers and many more to Skywalker Ranch to develop this new concept and give them the chance to tell the stories they’ve always dreamed of.

“Star Wars: The High Republic features the Jedi as we’ve always wanted to see them — as true guardians of peace and justice. This is a hopeful, optimistic time, when the Jedi and the Galactic Republic are at their height. But of course, into this glorious new era something wicked this way comes,” says Lucasfilm publishing creative director Michael Siglain. “This initiative will give readers young and old a new corner of the galaxy to explore through rich, meaningful stories. Plus, readers will learn what scares the Jedi.”

The first story will be Charles Soule’s Light of the Jedi on August 25, 2020, followed by Justina Ireland’s A Test of Courage on September 8, and Claudia Gray’s Into the Dark on October 13. There will also be comics from both Marvel and IDW.

Light of the Jedi will begin in a time of peace, but an event known as The Great Disaster occurs and forces the Jedi into action.

Two of the big inspirations for The High Republic were Obi-Wan’s A New Hope quote, “For over a thousand generations, the Jedi Knights were the guardians of peace and justice in the Old Republic,” and the simple question that asks, what scares the Jedi?

These stories will also not just focus on the Jedi, there will be new smugglers, scoundrels, and bounty hunters that will have the spotlight.

Soule had actually been teasing the arrival of the High Republic Era in both The Rise of Kylo Ren #2 comic and 2020’s Star Wars #2.The High Republic will be just some of the Star Wars stories that will fill the void until Star Wars returns to the big screen in 2022.

Adam Bankhurst is a news writer for IGN who is telling all from a galaxy near and far, far away that he will one day write a Star Wars story. You can follow him on Twitter @AdamBankhurst and on Twitch.