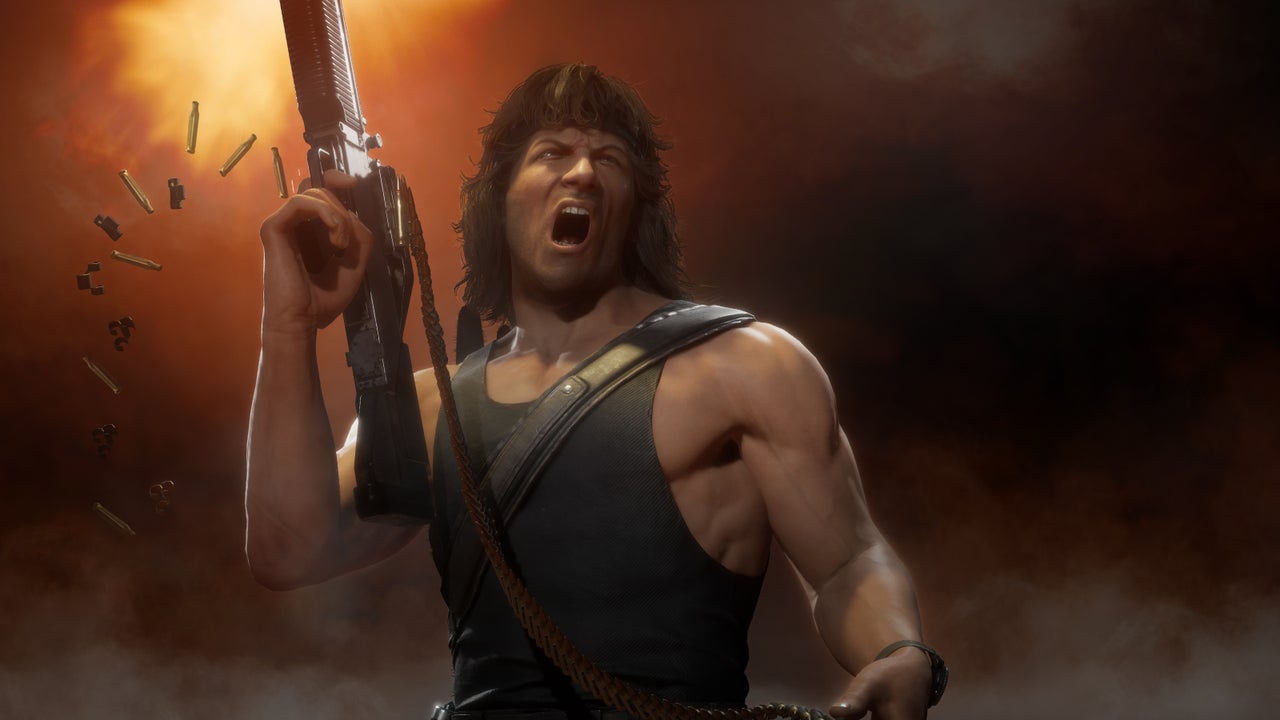 October 8, 2020 Off By tracy
Mortal Kombat 11 will add Sylvester Stallone’s Rambo as a DLC character, alongside classic characters Mileena and Rain. Mortal Kombat 11 will also receive an Ultimate edition, arriving on November 17, and both the base and Ultimate versions of the game are coming to PS5, Xbox Series X and Xbox Series S, with free upgrades for current-gen owners.Mortal Kombat 11 Ultimate will comprise the base game, the Aftermath expansion, and Kombat Packs 1 & 2. It will be released on PS5, PS4, Xbox Series X/S, Xbox One, Nintendo Switch, PC, and Stadia. A physical Kollector’s Edition will contain all of the above, as well as a “Sub Zero mask bust, exclusive steel case, commemorative magnet coin, authenticity plate and exclusive DLC.”Next-gen versions of the game will feature “4K dynamic resolution, enhanced visuals, improved loading times and more.” Mortal Kombat 11, and Mortal Kombat 11 Ultimate owners will qualify for free upgrades from PS4 and Xbox One to PS5 and Xbox Series consoles. Cross-play is also available across PS5, PS4, Xbox Series X/S and Xbox One, in “select modes”.

Kombat Pack 2 contains Rambo, Mileena, and Rain, and is available to purchase separately. Check out a trailer with a first look at Rambo, Rain and Mileena below:Rambo has been designed based on his original 1982 First Blood look, and has been fully voiced by Sylvester Stallone. Rain has had his classic moves reimagined, and now uses a katar, and can open a rift to a “previously unknown watery realm”. Mileena also now uses her claws as well as sais in her attacks.

We awarded the recent Aftermath expansion a 7/10 review, saying “There’s not enough meat on Mortal Kombat 11: Aftermath’s bones to feel like a full expansion, but two of its three new characters are excellent and the brief campaign is fun while it lasts.”