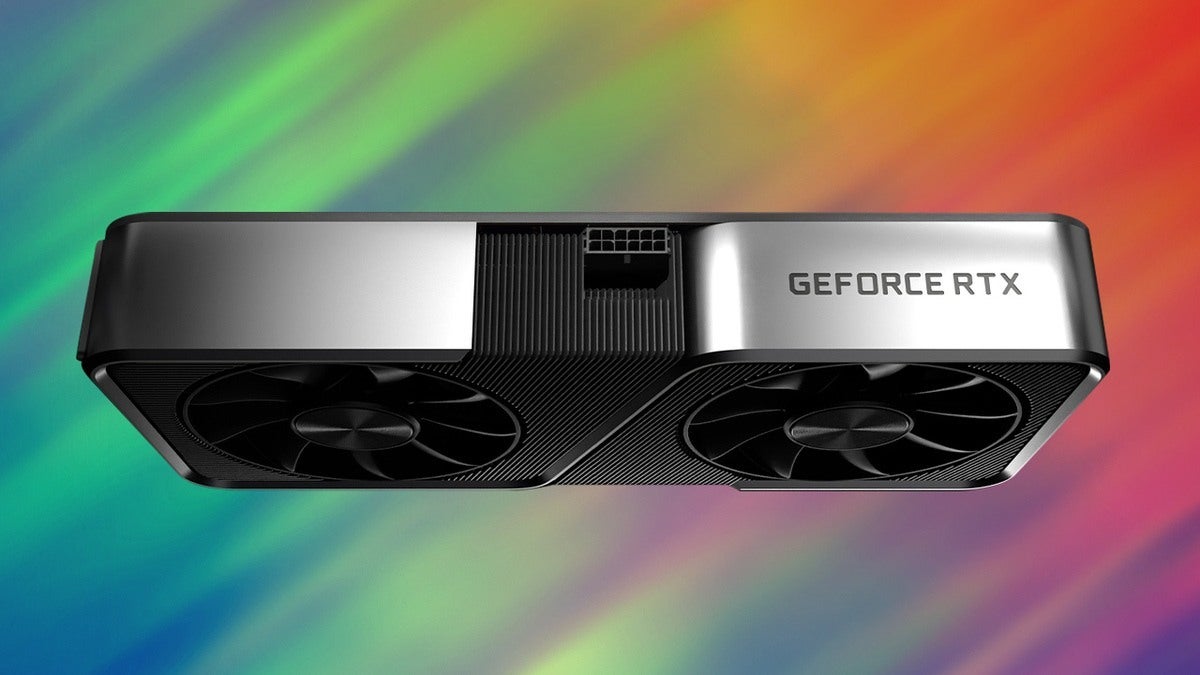 November 7, 2020 Off By tracy
Despite scarcity due to overwhelming demand, Nvidia’s RTX 30-series graphics cards are here and we’re finally able to spill the beans on the final entry in Nvidia’s launch trio: the RTX 3070 Founders Edition. I’ve reviewed both the RTX 3080 and 3090 and found each to be a performer, but both are also expensive enough to be out of reach for many gamers. After a month of waiting, we can finally see whether Nvidia’s most affordable 30-series card lives up to the hype of 2080 Ti-like performance. At only $499, it may just be the most compelling card of the bunch. Does it deliver?

Compared to its higher-spec siblings, the RTX 3070 feels downright small. It features the same overall design language as the rest of the line-up, albeit with a simplified face plate, but at 9.5 inches long and 4.4 inches wide, it’s almost two inches shorter than the RTX 3080 and three inches shorter than the 3090. Side by side, it feels like the baby of the family and is even a touch shorter than last generation’s RTX 2070 and 2080 Super. If you liked the sleek, black look of the 3080 or 3090, you’ll also like this and perhaps even more because the GeForce RTX logo no longer lights up.

Its small footprint doesn’t translate to reduced power, however. Like the rest of the RTX 30-series so far, it is an absolute performer. The RTX 3070 more than doubles the CUDA core count from last generation’s RTX 2070, jumping from 2304 cores to 5888. As I’ve noted in past reviews, double the cores doesn’t translate to double the performance as a portion of those cores will swap between shading and math duties, but it’s a massive leap nonetheless. It’s also worth mentioning that the Boost Clock for this card is 1.73 GHz, but like all RTX cards, this doesn’t mean much thanks to Nvidia’s automatic overclocking. In my testing the card hovered around 1.9 GHz without dialing in any overclock of my own.

In addition, the RTX 3070 comes equipped with 8GB of GDDR6 memory. This is an important scale back from the GDDR6X found on the RTX 3080 and 3090, but a reasonable one for both cost and availability. The memory is clocked to 7000MHz on a 256-bit bus, which is identical to last generation’s RTX 2070. Total memory bandwidth is 448 GB/s, which sounds almost quaint compared to the 760 GB/s on the RTX 3080. For 4K gaming, this is absolutely sufficient, but given the many direct comparisons Nvidia has made to the RTX 2080 Ti, I would have liked to have seen an upgrade in the memory spec. The 2080 Ti featured a bandwidth of 616 GB/s, in comparison.

Like the rest of this generation of RTX cards, the RTX 3070 utilizes Nvidia’s latest RTX processing system. The graphics engine of the card is composed of three core parts: the programmable shader, which is responsible for rasterization (traditional game rendering); the RT Core, which handles ray tracing; and the Tensor Core, which powers the AI functions of RTX, including DLSS and the RTX Broadcast suite. Compared to last generation, there has been some major improvements:

Of course, you should only take these numbers in comparison to each other and not other products, like a next-gen console. TFLOPS are not directly comparable, but can still provide a good metric for generation over generation improvements.

Building a tiny powerhouse may be great for small form factor builds, but that miniature cooler does have negative impacts on overall thermals and noise. The card uses a similar dual axial cooler as previous 30-series cards (the fans are no longer on opposite sides), but the reduced surface area results in higher temps overall. In my testing, the card reliably peaked at 77C once it had a chance to heat up. At this point, it became slightly more audible than the stock fans in my Lian Li Lancool II case. Compared to the downright impressive results of the RTX 3080 and 3090 coolers, this is much more in line with what we found with the original RTX 2070 and is even several degrees higher than the RTX 2070 Super I tested against.

As an RTX-30 card, the 3070 also brings with it many of the other key features of this generation, including RTX Reflex, RTX Broadcast, RTX I/O, and RTX Studio. I went over these in some depth in my review of the RTX 3080, so be sure to head over there for more information. In short, systems like RTX Broadcast and RTX Studio make content creation and streaming easier than ever before, all without the need for expensive green screens or quality-killing noise canceling microphones. If you’re a competitive gamer, RTX Reflex may be worth the upgrade alone as even a relative pleb like myself could feel an immediate improvement in responsiveness just by turning it on. RTX I/O, on the other hand, stands to be game changing for reducing load times once it is widely implemented in games. At the moment, however, we’re still waiting on that adoption to take place.

Finally, around the back we have our video outputs. Identical to the RTX 3080 and 3090, it features three DisplayPort 1.4a connections and a single HDMI 2.1 out. Each can be connected simultaneously for a maximum supported resolution of 7680 x 4320.

Like all of our graphics card reviews, I put the RTX 3070 Founders Edition through a series of rigorous tests to see how it held up both in synthetics as well as real-world game tests. Given its spec sheet, I tested games across 1080p, 1440p, and 4K resolutions and recorded the average frame rate for each.

Given that Nvidia positioned the card as having RTX 2080 Ti levels of performance, I was particularly interested in testing that, as well as the 2080 Super, to cover that scope of 20-series cards. It’s important to note, however, that the RTX 2080 Ti I have available for testing is a factory overclocked model and runs roughly 4% higher than a standard 2080 Ti Founders Edition. This is also true of the RTX 2070 Super (selected because it’s the most recent iteration of this last-gen counterpart), though to a lesser degree. Bear that in mind as you examine the results.

Looking purely at synthetics, the RTX 3070 goes toe to toe with the RTX 2080 Ti and beats it in two out of three cases. It falls about 100 points behind in the Unigine Heaven benchmark, but remember that the Gigabyte AORUS Xtreme features a fast factory overclock, which would put the results of both cards much closer when comparing against a RTX 2080 Ti Founders Edition.

Compared to the RTX 2070 Super, which was also a factory overclocked model, or the RTX 2080 Super FE, the RTX 3070 demonstrates a commanding lead. The card was 39% faster in Fire Strike Ultra, 34% faster in Unigine Heaven, and 45% and 42% in the Bright Memory and Boundary benchmarks respectively. Against the RTX 2080 Super Founders Edition, averages 24% higher in Fire Strike, 21% in Heaven, and 21% and 33% faster in the Bright Memory and Boundary.

Here’s how it performed in our expanded battery of games at 4K:

Using the comparison cards we had on hand for testing, the RTX 3070 clocked in with frame rates ranging from 8% slower to 8% faster than the RTX 2080 Ti, for an average frame rate that was 97% of the 2080 Ti. But, factoring in the factory overclock, these results would tighten further, making the average performance almost identical at 4K. Compared to the RTX 2080 and Super, it performed an average of 22% and 36% faster respectively.

While the generational leap over the RTX 2070 Super may not be as huge as I found with the RTX 3080, these results are still very impressive. The most striking is just how close the RTX 3070 performs to the RTX 2080 Ti, while costing less than half of that flagship GPU. Nvidia did not oversell this card by any margin.

The Nvidia GeForce RTX 3070 Founders Edition is available direct from Nvidia with an MSRP of $499, starting on October 29.

You can also purchase partner cards from the following vendors beginning on launch day.