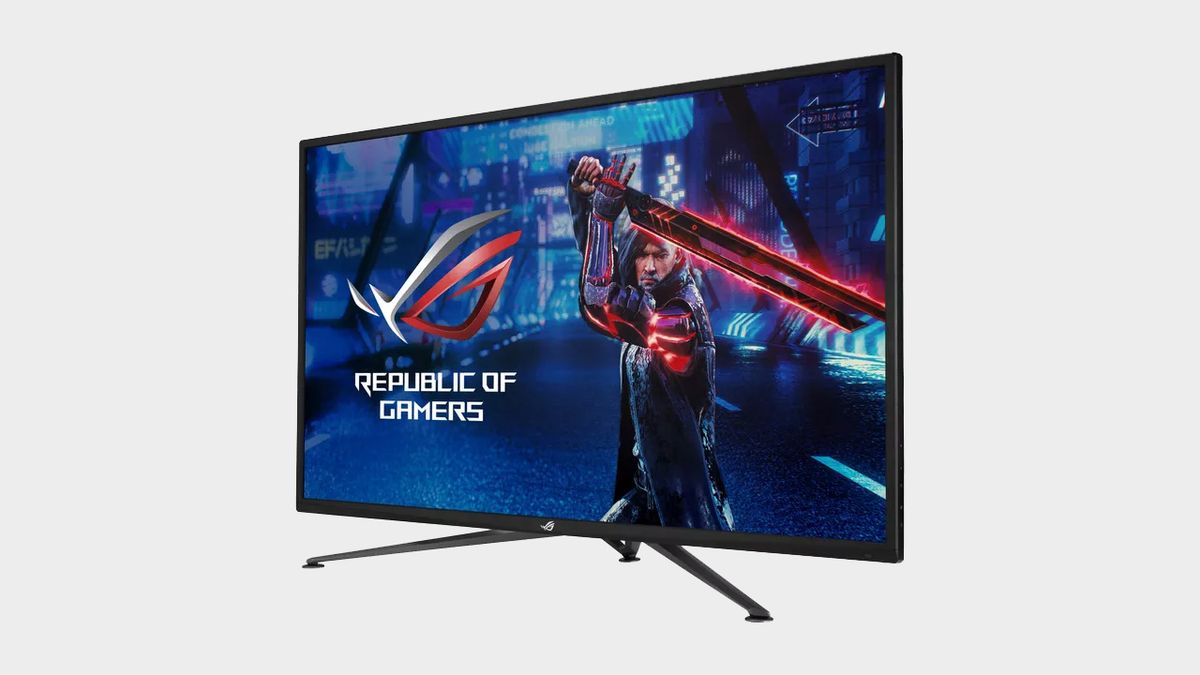 If 4K 144Hz is something you aspire to, Asus should have something to suit. The most affordable is likely to be the new Asus TUF Gaming VG28UQL1A, due out by June.

It’s a 28-inch IPS panel, which is unusual in the 4K space, and runs at 144Hz. Other notable specs include DisplayHDR 400 certification, 90 percent coverage of the DCI-P3 gamut, variable refresh and that console-critical HDMI 2.1 connectivity. Being part of the TUF range it should also be one of the most wallet-friendly of the new high-spec Asus lineup.

Moving up the size scale is the 32-inch Asus ROG Swift PG32UQ. This is a premium IPS 4K panel with 144Hz refresh and HDMI 2.1 support. The latter makes the PG32UQ a good pick for both PC and console gaming. DisplayPort 1.4 connectivity is provided, too.

HDR capability is rated at a relatively modest DisplayHDR 600, so this is not one of the new generation of mini-LED backlights with 1,000-plus local dimming zones. On the one hand that means it won’t deliver a true HDR experience, but on the other, it should help keep costs down. The PG32UQ also packs G-Sync compatibility with Reflex Latency Analyzer support, making it a great fit for the latest Nvidia GPUs.

The final 4K model is a the 43-inch Asus ROG Strix XG43UQ. Again, we’re talking 144Hz and HDMI 2.1, but this time with DisplayHDR 1000 support. Unlike the other 4K 144Hz offerings, the XG43UQ uses VA panel technology. Given the 43-inch panel size, what we’re likely looking at here is a repurposed 4K TV panel.

For esports freaks, and those who favour refresh rates above all, Asus has one more trick up its sleeve, the Asus ROG Swift PG279QM. It’s a 27-inch QHD panel with 2,560 by 1,440 pixels and a sweet 240Hz refresh rate.

For the record, all of these new Asus gaming panels are rated at 1ms for response times. Depending on how you view these things, that’s either brilliant to hear or tells you everything you need to know about claimed response times – four new monitors in a large range of sizes and specs, one with a completely different type, all with the  same response time down to the last millisecond. Really?

Anyway, none of these panels will be cheap, but here’s hoping the fact that they will be up against a wide range of similarly specced competitors from other brands, like Acer and Viewsonic, will make for competitive pricing.

The 28-inch Asus TUF Gaming VG28UQL1A aside, they’re all due out in the first quarter of 2021, so hopefully we’ll get an idea of pricing and availability soon.