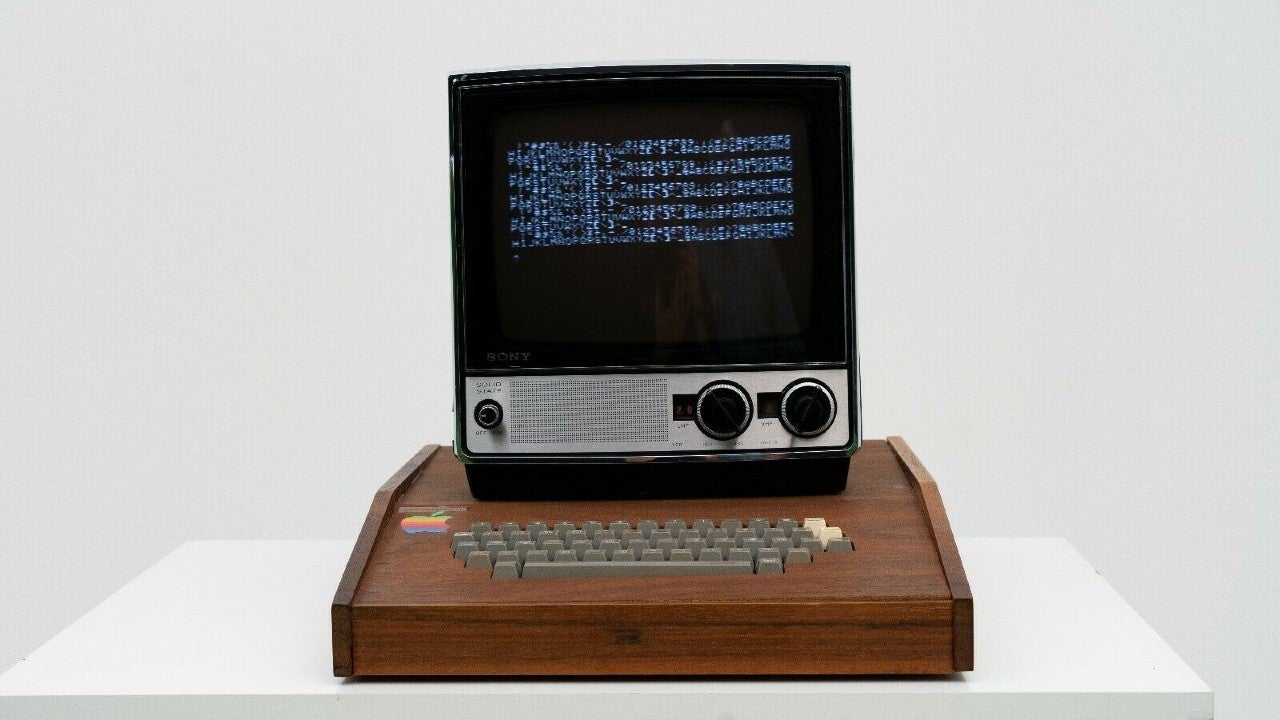 One of the Original Apple 1 Computers Built by Steve Jobs, Steve Wozniak on Sale for $1.5 Million

An extremely rare Apple-1 computer, the original 1976 design created by famed engineer Steve Wozniak, has gone up for auction on eBay at an asking price of $1.5 million.

The Apple-1 was Apple’s first product sold to consumers, the result of Wozniak selling a $500 calculator and the late Steve Jobs selling his VW Microbus to fund its development. The Apple-1 was discontinued only a year later in 1977 when the Apple-II released. According to the Apple-1 Registry, only 200 Apple-1 units (plus a few in pre-production) were ever made.

According to the eBay listing and the unit’s Apple-1 Registry page, this Apple-1 computer is one of only six to have an original Byte Shop KOA wood case. The computer is also in working condition with an unmodified NTI motherboard. The seller is also including an original Sony TV-115 monitor with a video modulator. Check out the eBay gallery below.

The only parts to have been replaced on this particular unit are its video and keyboard connectors, according to the unit’s Apple-1 Registry page. With a hand-soldered motherboard and a slight difference in the connector pin, current owner Krishna B. Blake conjectured that it may have been originally designed for military use.

Previous Apple-1 computers have sold for as much as $905,000 in 2014, according to CNBC. That current record-holder was believed to be one of the first batches of 50 units that Wozniak built himself. Experts believe that other Apple-1 units may go for anywhere from $175,000 to $475,000, so definitely lower than the eBay seller’s asking price, but not out of the realm of possibility.

According to the seller, this particular Apple-1 unit was originally purchased second hand in a Canadian computer store in 1978 for a “couple hundred” dollars, Blake feeling the hardware would have a place in history. Ever since, it’s spent its life in a controlled environment in Montreal until 2015, when Blake realized its value had skyrocketed.

It remains to be seen if the seller will reach their auction goal, but this Apple-1 will almost certainly go for a pretty penny regardless given its relatively pristine condition.

Joseph Knoop is a writer/producer/lowly Windows user for IGN, and he’s in mint condition.