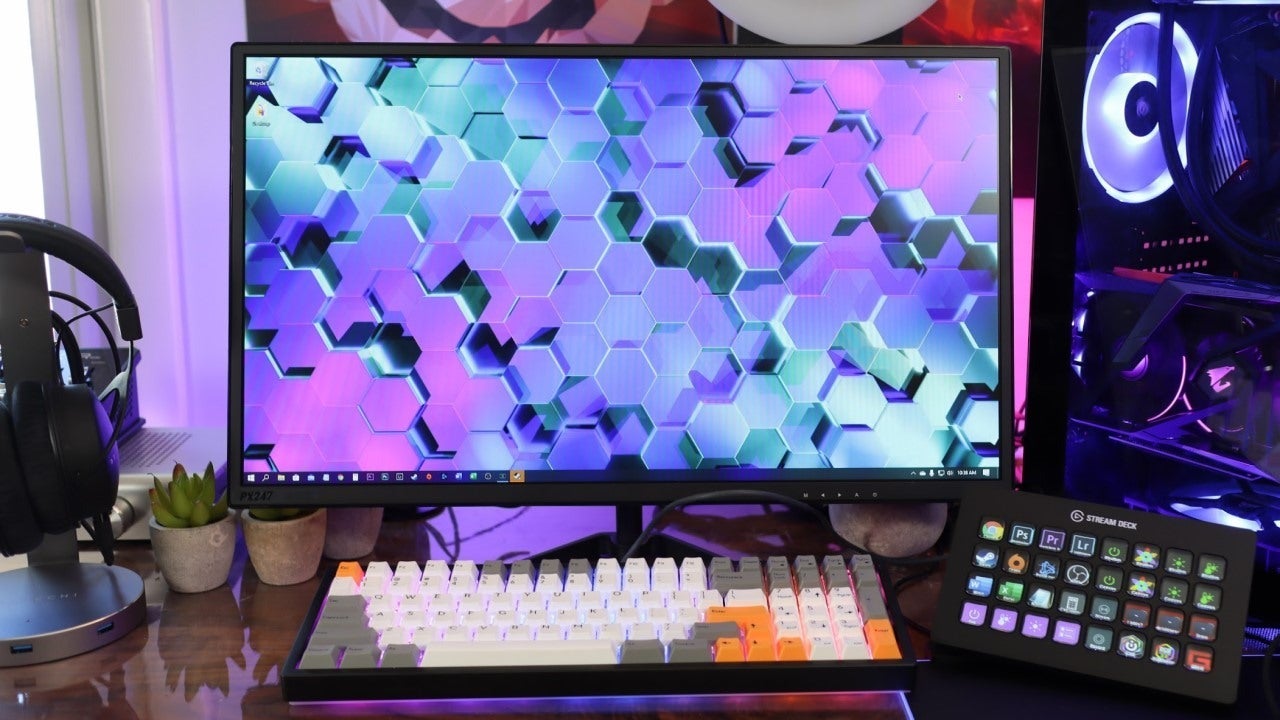 March 19, 2020 Off By tracy
For years, choosing an IPS monitor meant sacrificing speed and response time. Those days are becoming a thing of the past. Over the last year, we’ve seen IPS displays from big companies like Gigabyte and ASUS hit the market, delivering the blisteringly fast 1ms response times and high refresh rates gamers crave. Usually, those features come with a hefty price tag, but what if you’re on a budget?Pixio may have the answer. Today, we’re looking at the Pixio PX247, a 24-inch 1080p gaming monitor that uses a color-rich IPS panel clocked to 144Hz. Combine that with an esports-ready 1ms response time and a $169 price tag, and you have a compelling package. But is it as good as it seems?

The PX247 is a budget gaming monitor and it shows. The design is very simple with no RGB or other aesthetic frills. The stand is barebones and only allows you to adjust tilt. There are two video inputs, HDMI and DisplayPort, and only DisplayPort unlocks the full 144Hz (HDMI is limited to 120Hz). It’s light on gaming features, the speakers are some of the worst I’ve ever heard, and the five-button menu navigation system feels last-gen. Having reviewed several of Pixio’s monitors, it was clear to me right away the company pushed itself to make this monitor as cheap as possible.

What the Pixio PX247 does have is a fast IPS screen. In my testing, it performed well through the response time and ghosting tests on Lagom’s LCD Test Pages with no color shifting or visible ghosts. This shows how quickly the panel in the PX247 is able to transition from light to dark colors and is on par with some of the best VA panels I’ve tested. Blur Buster’s Test UFO did show minor ghosting, but in actual gaming I wasn’t able to observe any at all.

To pull off that low price, you’re also sacrificing some modern display features, like HDR and 10-bit color. This is a standard SDR screen rated for 350-nits of peak brightness. That said, certain scenes looked unusually dim, such as running through the fields in Kingdom Come: Deliverance. I actually found myself digging inside the monitor’s menus to make sure the brightness was turned up all the way.

Even though the panel offers the expectedly rich colors and wide, 178 degree viewing angles typical of IPS, how good it looked really seemed to depend on the content. In Overwatch, the visuals felt very good, thanks, I believe, to the oversaturated color pallete and that silky smooth 144Hz refresh rate. Kingdom Come and even certain parts of The Witcher 3 just made me worry I was missing out on details in the shadows. The monitor offers a few generic picture profiles – Standard, Internet, Game, and Movie – but none of them looked better than what I could dial in myself with the built-in color balance.

On the plus side, the combination of 144Hz and 1080p is a great fit. Upgrading to any high refresh rate monitor is an improvement if you’re used to 60Hz, but if you’re not running at high fps, you’re missing out on its potential. 1080p is easier than ever to run with modern graphics cards, so pulling off triple-digit fps is a real possibility without turning down all of the graphical bells and whistles.

The screen size is also a good fit for 1080p. The 24-inch screen of the PX247 feels a bit small, but it allows for a higher pixel density and a more crisp image. The screen isn’t “frameless” like some of Pixio’s more expensive models, but the bezels are still very thin and help the screen to feel more spacious. I would have liked to have seen a curve to enhance the effect further, but at this price, it’s something I can live without.

Getting started with the monitor is simple, which is one of the only good things I can say about the stand. It comes in two parts and needs to be screwed into the back of the monitor with four separate screws. Thankfully, the silver plate is hidden behind a plastic cover. It sits low, and I repeatedly felt like the screen wasn’t completely level, as if the mounting plate were slightly off. Even if it was my desk (which I don’t think it was), there was no way to fix it since you can only adjust tilt, not pivot. It’s bad, and I would waste no time replacing it if the PX247 were my daily driver.

Gaming on the PX247 wasn’t bad but wasn’t that impressive either. The first game I tried was Kingdom Come: Deliverance, which I’ve already said was a disappointment. The game makes heavy use of shadows and the dynamic range of the monitor wasn’t able to consistently make it look good. The darks felt crushed at times (a cross-check of Lagom’s did reveal black crushing, even at 100 percent brightness) and made taking in that beautiful world less fun than it should have been. I tried to turn Black Equalizer up – a gaming feature that lets you spot enemies skulking in the dark – but then the rest of the image looked washed out.

Playing shooters seemed to be a better fit. I main Orisa in Overwatch and picking off enemies while shielding my team was a lot of fun thanks to the saturated colors. I even found myself choosing Tracer to take advantage of the high refresh rate. My 2080 Ti was easily able to churn out more than 144 fps and the reduced motion blur when performing quick flicks and turnarounds allowed me to pick off other players while staying constantly on the move.

Call of Duty: Modern Warfare and Battlefield V were a bit harder since they each make heavy use of shadows to hide enemies. I didn’t find it to be as off-putting as with Kingdom Come, which makes me think its blandness may have something to do with the game engine, but I still found myself craving more dynamic range to make enemies and objects stand out more in the environment.

You’ll also need a headset or separate speakers to enjoy any kind of gaming. The speakers here are terrible. They’re quiet, tinny, and once even distorted inside a dialogue tree. It’s nice Pixio included them, but they should only be used as a last resort.

For the price, I was impressed to find that the PX247 worked very well with both FreeSync and G-Sync. Given the other issues I found, I was worried it wouldn’t play well with my RTX 2080 Ti. As it turns out, I had nothing to fear as the monitor performed flawlessly across the different games I tested it with.