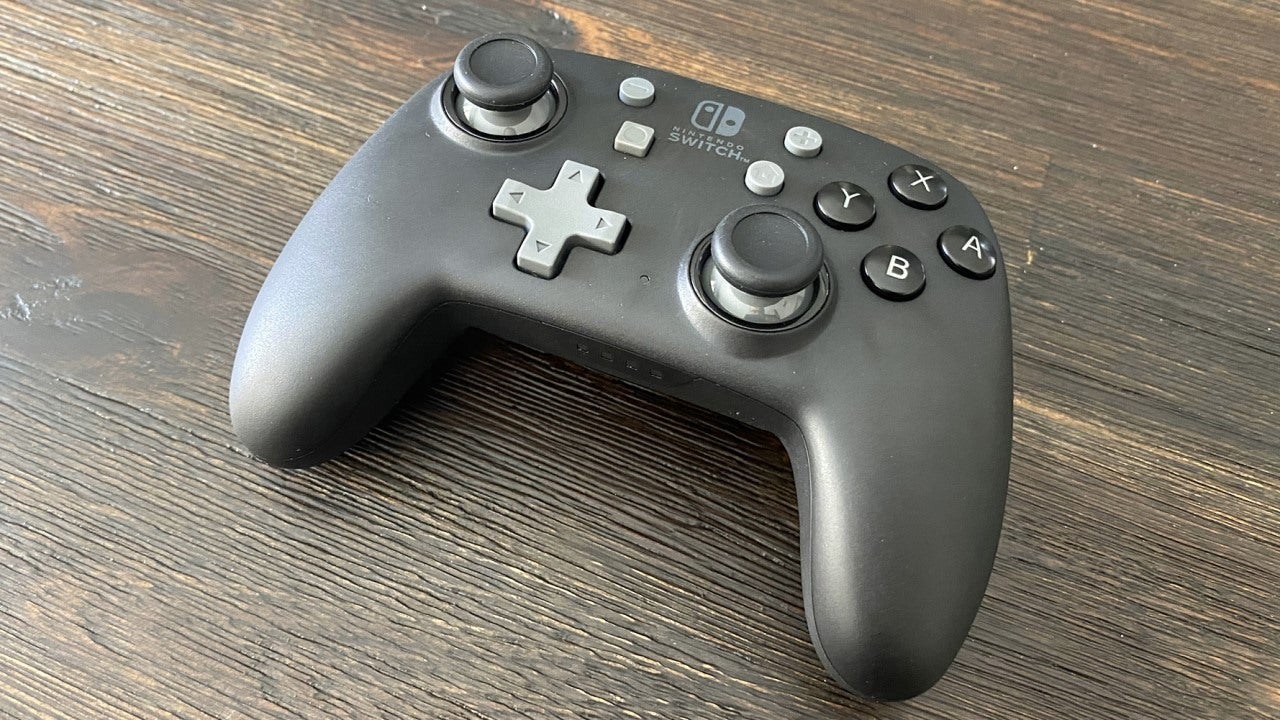 July 25, 2020 Off By tracy
PowerA’s new Nano Enhanced Wireless Controller brings all the features of its full-sized counterparts while adding in some quality-of-life features at a fraction of the size. The introduction of a built-in rechargeable battery is a welcome change, and one that puts it on par with Nintendo’s Pro Controller. And, at a retail price of $49 it’s almost half the price, too. Its small size is great for those with smaller hands, or an easy on-the-go solution if you prefer the Nintendo Switch’s tabletop mode. Here’s everything you need to know about this small, but mighty, Switch accessory.

My first reaction when unboxing the PowerA Nano was just how absolutely adorable it is. It feels great to hold while still having some heft to it. The controller has a nice powder coat finish to it, making it smooth to the touch and giving it a premium look and feel.

The analog sticks feel snappy and responsive, and have a slight concaveness that allows your thumbs to grip a bit better than Nintendo’s Pro Controller. The face buttons are a bit lower profile, but have a nice press to them. The shoulder buttons have a nice ergonomic shape that angles slightly upwards to accommodate your fingers. The travel on the actual triggers is very low, which is ideal for first-person shooters, or other games where response time is critical. There’s also a satisfying click from both the shoulder buttons and bumpers.

The Nano Enhanced Wireless Controller is designed specifically for Nintendo Switch, so it includes the Plus, Minus, Home, and Screenshot buttons for full navigation. These buttons are noticeably lower quality than the other face buttons, and feel a bit mushy when pressed. Unfortunately, the D-pad is of similar quality. While nobody designs a D-pad quite like Nintendo, this one hardly even clicks when pressed, resulting in a very mushy feeling experience.

What sets this controller apart from many others is the built-in rechargeable lithium-ion battery that offers up to 20 hours of wireless gaming. Additionally, it takes advantage of USB-C for its charging port, which allows for faster charging and brings it in-line with many other Nintendo Switch accessories.

As a bonus, there are also two programmable Advanced Gaming Buttons on the rear of the controller that allow for on-the-fly button mapping for any game. This brings more of a “pro” feel to the controller than even Nintendo’s first-party offering.

While the Nano Enhanced Wireless Controller doesn’t come with any software per se, its programmable Advanced Gaming Buttons on the rear do require a few steps in order to work properly. You’ll need to hold the program button for a couple seconds, followed by the desired input button, and finally selecting the left or right Advanced Gaming Button to map the control. The fact that this can all be done without needing to go into any system settings or in-game menus is great, and allows for extremely flexible play that can be customized for any game on the Switch.

I spent a good amount of time navigating my Animal Crossing island while putting the Nano Enhanced Controller to the test. Movement from the analog sticks was fluid and responsive, and all face buttons worked as intended.

Where it really shines, though, is the Advanced Gaming Buttons. Depending on the situation, whether I was fishing, planting flowers, or refurnishing my home, I could change the input to meet my needs. For instance, I mapped one of the buttons to pull up the radial menu for my tools for quick on-the-fly switching and the other to bring up my inventory. Sure, these are normally only a button press away, but being able to move fluidly between tasks in-the-moment without taking my finger off the analog stick was something I really appreciated. The fact that you can change them at a moment’s notice, too, makes it that much more impactful.

I played through a couple 2D platformers to test the D-pad, and while it didn’t feel perfect, it was definitely serviceable. I didn’t have any input issues during my gameplay, something that even Nintendo’s Pro Controller suffers from at times.

One noticeable omission is the lack of rumble support. While this isn’t a deal-breaker, it’s something I’ve come to appreciate in modern controllers. The lack of any vibration was surely missed when hitting rocks or fishing in Animal Crossing.

During my time with the controller I did experience a significant issue with the Bluetooth. While playing it would periodically disconnect, or there would be noticeable input lag when pressing any of the buttons. This was remedied by unpairing and re-pairing the controller in the Nintendo Switch menu, but it would inevitably return. I found moving closer to my Switch resolved the issue completely, so it may be an issue with the proximity to the console itself. Oddly enough, I found that plugging the controller into power (not necessarily the Switch itself, any outlet will do) also prevented the Bluetooth issue from occurring. While this is a serious issue for a wireless controller, there are workarounds and it’s possible that this gets fixed before its final release or through a subsequent firmware update.

The PowerA Nano Enhanced Wireless Controller is available for pre-order for $49.99 from PowerA, and will available at Amazon and other retailers. It’s expected to launch in August.