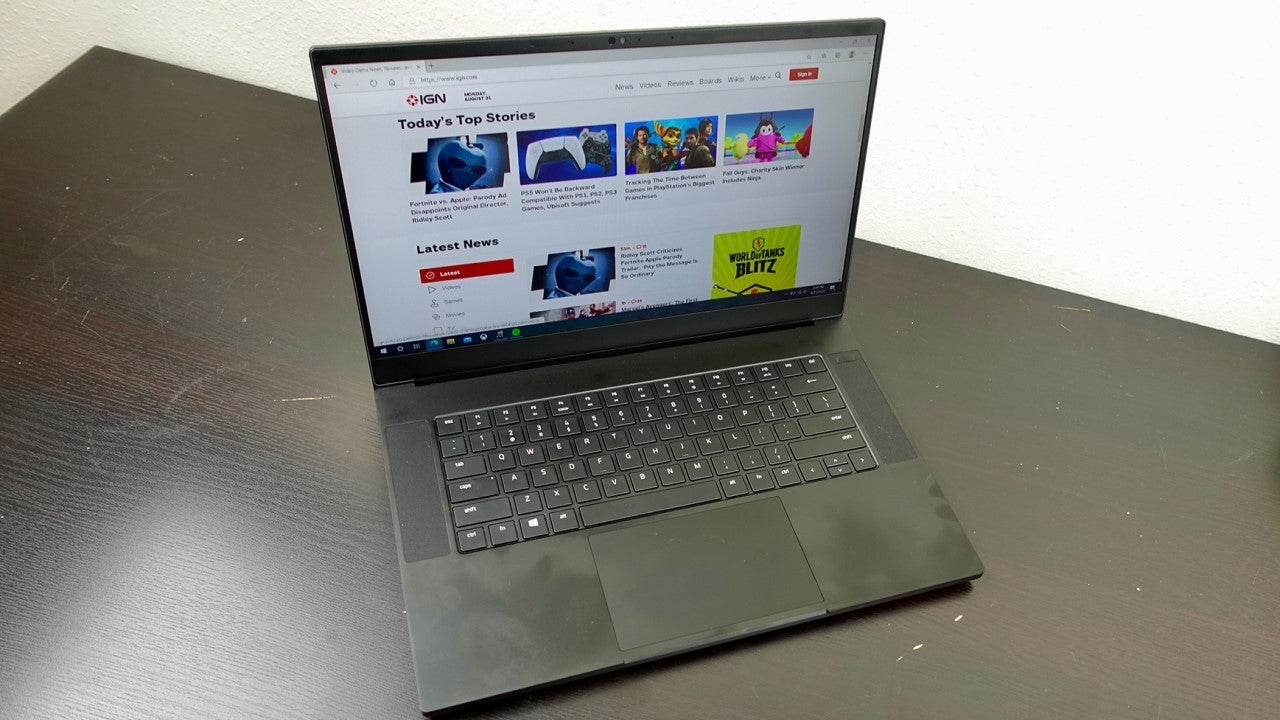 September 12, 2020 Off By tracy
Earlier this year, I was able to spend some time testing the Razer Blade 15 Advanced (2019) gaming laptop, featuring an RTX-2060 and an older Intel processor, and thoroughly enjoyed the entire experience. For the past few weeks, I’ve been testing the 2020 version of the Blade 15 Advanced, with a 10th Gen Intel processor and an RTX-2080 Super w/Max-Q tuning.The updated internals have added to the overall cost of the Blade 15 Advanced, with the model I’ve been testing normally priced at $2,999 (however, it can be found on sale for $2,799).

Does the sum of the new parts justify the new cost? It depends. Let’s take a closer look.

Here are the specifications of the Razer Blade 15 Advanced I’ve been testing:

The model I’ve been testing is the middle configuration. Other models include an RTX 2070 Super-equipped build with a 512GB SSD currently priced at $2,399 on the low end, while at the top of the pack you’re looking at $3,099 for a QLED 4K 60Hz touchscreen with the same specs as the model I tested.

True to the company’s standard approach, the Blade 15 Advanced has a minimalist design. The black housing is broken up only by the bright green USB ports on either side, matching the color of the Razer logo on the lid. That same approach carries over to the inside, with a black keyboard that features white lettering to allow for the individually lit RGB keys to shine bright, along with an all-black trackpad, speakers on either side of the keyboard, and the power button.

If you like all black everything, then Razer’s traditional design aesthetic is made for you. It’s a look that I enjoy, even if it does feel a little boring when compared to some of the more colorful and geometric designs I’ve seen on gaming rigs.

The 15.6-inch 300Hz HD display has impressively thin bezels on either vertical side, with the top bezel slightly larger due to the Windows Hello compatible camera setup, and 720p webcam. Signing into the Razer is as simple as opening the lid and looking at the camera, thanks to the Hello integration.

It’s a respectable mix of ports and connections for a gaming laptop, giving you plenty of options to connect most of your accessories to it without the need for a USB hub.

Inside the Blade 15 Advanced is a healthy list of components sure to make your mouth drool. Starting with the 8 core, 16 thread, 10th Gen Intel Core i7-10875H with a 2.3GHz base clock speed, and a max turbo of up to 5.1GHz. Combine that with the Nvidia RTX 2080 Super with Max-Q, 16GB of DDR4 2933MHz memory, and 1TB of NVMe SSD storage, and you have a well-rounded machine for work and play. Well, mostly play. This build will handle pretty much any kind of work you throw at it.

Speaking of what you can throw at it – I put the Blade 15 Advanced through its paces with IGN’s new suite of benchmarking tests. The Advanced did pretty well for itself – have a look at the results:

As you can see, it didn’t quite keep up with the MSI GE66 Raider, but that was to be expected. The Raider has an Intel Core i9-10980HK processor, while both the Blade Advanced and the Acer Predator Triton 500 have an Intel Core i7-10750H. All three models were equipped with a RTX-2080 Super with Max-Q tuning.

As for real world use, the Blade 15 Advanced and its 300Hz display were a joy to game on. I played a great deal of Warzone during my time testing, as well as falling into the Fall Guys gaming trap for a few days. That’s a lightweight game that most PCs can handle without issue, so I won’t opine about that experience.

Instead, I can say that playing Warzone was smooth and responsive, with an average frame rate of 106 with RTX enabled. I got that number by using Xbox Game Bar to monitor the fps rates, jotting down random 60-second averages, and then averaging those readings.

That compares less than favorably to the GE66 Raider’s average of 133fps, but I’m not sure I could truly tell a difference. Obviously 106fps doesn’t come anywhere close to taking full advantage of the 300Hz display, but it’s quick and crisp and plenty enjoyable to play.

Those numbers are with every setting on high, at 1080p. You can surely finesse them with some tweaked settings to get a higher FPS if you want to push it.

When testing previous Razer laptops, the housing near the hinge has always gotten warm, if not downright hot. With the Blade Advanced’s vapor chamber cooling, however, the housing only ever got to what I’d call the “warm” phase. It really did make a difference.

The keyboard keys don’t have a lot of travel, nor do they have a mechanical feel and click, but they offer a solid mix of a feeling that’s both easy to type on and good to game on.

The stereo speakers offer plenty of volume and depth, overpowering the fans as they spun up during extended gaming sessions. Music and Twitch streams had plenty of range, as well.

As for storage, I was able to install my standard lineup of testing, benchmarking apps and games, and still have some room left over on the 1TB drive.

One of my favorite parts about testing more recent Razer laptops is the ridiculous battery life they come with. IGN recently reworked our battery benchmark testing, switching from a video on loop to PCMark 10’s Battery Test.

Running the test on the Blade Advanced, the battery powered through 6 hours and 14 minutes. Out of the handful of gaming laptops we’ve tested thus far, that’s good enough for second – with the Acer Nitro 5 lasting 9 hours and 40 minutes.

Both are equally impressive, given that battery life and gaming laptops are usually not two phrases you use in the same sentence; at least in a positive manner.

The only pre-installed program I found on the Blade 15 Advanced after unboxing was Razer’s Synapse software. As is usually the case with Razer’s laptops, you won’t find any bloatware or anti-virus software here. Instead, you’ll find only the apps necessary to control key aspects of the laptop.

For example, Razer’s Synapse software is used to control lighting on your keyboard, connect to third-party services like Alexa, Philips Hue or Nanoleaf, and create profiles for your installed games.

Outside of Microsoft’s standard Candy Crush and a few other odds and ends that you can easily remove, that’s all you’ll find on the Razer Blade 15 Advanced. And for as much as you pay for this build, that’s exactly the way it should be.