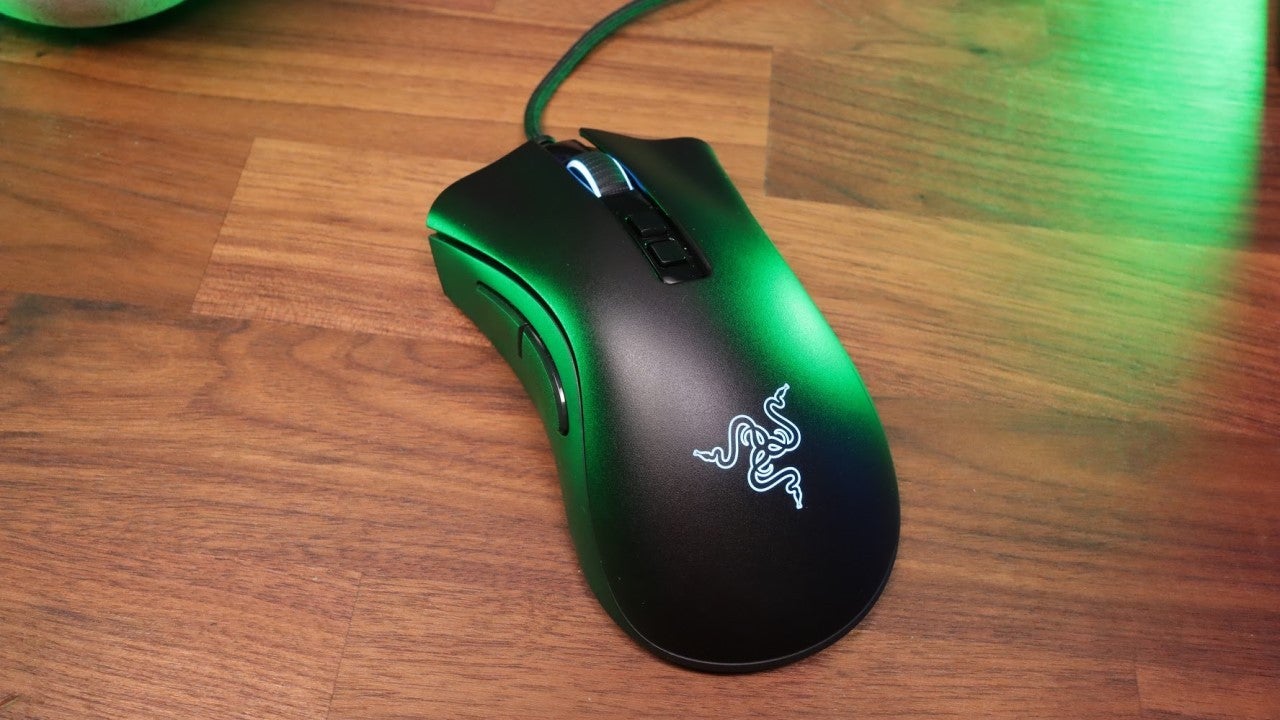 March 1, 2020 Off By tracy
Razer’s DeathAdder has become an iconic mouse in PC gaming. Over the years, it’s undergone multiple revisions and refreshes to stay current with the latest trends and advancements from Razer. At the same time, it plays it safe with its design and has typically been priced to match. This month, the company is refreshing it again with the Razer DeathAdder V2. This version features a new 20K DPI Focus+ sensor, optical switches, and Speedflex cable, but is it fresh enough to buy all over again?

The Razer DeathAdder has always been about purpose. It’s a mouse you pick up when you don’t need masses of extra thumb buttons or fancy features that jack up the price. It’s a straightforward mouse for straightforward games – shooters in particular. It features a simple sculpted design with symmetrical buttons. It’s still made for right-handed gamers, though. Sorry, lefties!

Like each version before it, the V2 is more about performance than flash, so the design is accessible and familiar, and doesn’t bother reinventing much of anything. If you’ve seen or used any version of the DeathAdder before, you know what to expect here. Its larger size is best suited for palm and claw grips, and it instantly felt right at home in my hand.

Even though it looks familiar, the DeathAdder V2 is easily the best version of the mouse yet. The V2 brings a number of major improvements, but the most noticeable is how light it is. We’re not quite in ultralight territory (usually considered around 70 grams or less) but are close at 82 grams – 23 grams lighter than its predecessor the DeathAdder Elite. The DeathAdder V2 nails this middle-ground, making it an excellent choice for gamers who want a lightweight mouse but may not be sold on going as light as possible.

The other thing you’re likely to notice right away are the new optical mouse switches. The clicks are magical. I previously considered Logitech to have the best-feeling mouse switches, but Razer now holds the crown in my book. They’re tactile and satisfying and just stiff enough to prevent mis-clicks. Beyond that, without any physical contacts they’re much more durable, so Razer has rated them for 70M clicks each.

Razer also claims the switches are “3x faster” than mechanical switches, since there’s no debounce delay in the electrical signal. This is a known benefit of optical switches and something much touted by switch manufacturers, but it’s not the kind of improvement you’ll feel or notice in actual gameplay. Still, the switches are fast, consistent, and feel great to use.

The mouse has also been upgraded with Razer’s Focus+ Optical Sensor. Along with a boost to 20K DPI, it features the company’s new Motion Sync technology. It’s an interesting idea but, like the debounce delay improvement on the optical switches, it’s about raising the bar on what’s possible versus what you’re actually likely to feel. Motion Sync functions by aligning the signals sent by the mouse with the rate your PC seeks them, so your position is always accurate. It’s an innovation that very likely does make the mouse more consistent but in practice it’s hard to tell the difference.

Focus+ does bring with it a cool feature that’s long overdue: automatic surface calibration. No more needing to open Synapse to calibrate your surface for lift-off distance! It also allows you to set the height that the mouse will begin sensing again.

Along with the improvements to the DeathAdder’s eye, Razer has added a number of quality of life features with this generation. You can now save five profiles to onboard storage, so you won’t need Synapse on multiple PCs. The addition of a profile-cycling button brings the button count from 7 to 8, but since it’s on the bottom, that extra button wasn’t helpful in games. The mouse also sports Razer’s excellent Speedflex cable which is super flexible and low drag for a wireless-like experience. The feet have also been upgraded to 100% PTFE for an extra-smooth glide.

As you might expect from a Razer peripheral, the DeathAdder is fully customizable. Inside the Synapse suite, you can remap every button except for Left Click. Razer has come a long way with its software, and it’s both intuitive and powerful. You can easily assign macros, launch programs, create second layers, or even turbo buttons. It also allows you to control the mouse’s palm and ring RGB with preset or custom effects.

The Razer DeathAdder V2 is a performance mouse, so I put it to the test in some of my favorite performance games. I’m a huge fan of first-person shooters, so I wasted no time jumping into a match of Apex Legends. The size and shape of the DeathAdder felt natural in my hand right away, so I was able to get up to speed with Wraith in no time at all.

Playing Apex with the DeathAdder really highlighted how fluid it makes high intensity gaming. The move to full PTFE feet was smart and allows the mouse to glide like a dream. I spent time on hard and smooth mouse mats as well as a bare desk and it still glides better than any of my mice with standard feet. This can make control a bit tougher, however, so I had to lower the DPI a touch when I swapped to hard surfaces.

Over the last two weeks, I also spent a good amount of time in other shooters like Overwatch, Battlefield V, Call of Duty: Modern Warfare, and PUBG. The DeathAdder V2 lived up to every demand I put on it, including fast whips to catch enemies stalking from behind. The new switches felt excellent to use and saved me from sending out accidental shots while tracking enemies with my sniper rifle.

The only time I felt like the mouse wasn’t a good fit was when I swapped genres and started playing World of Warcraft. The DeathAdder’s conventional button layout doesn’t lend itself to games that require lots of keybinds.

The Razer DeathAdder V2 has an MSRP of $69 and is available on Amazon or direct from Razer.