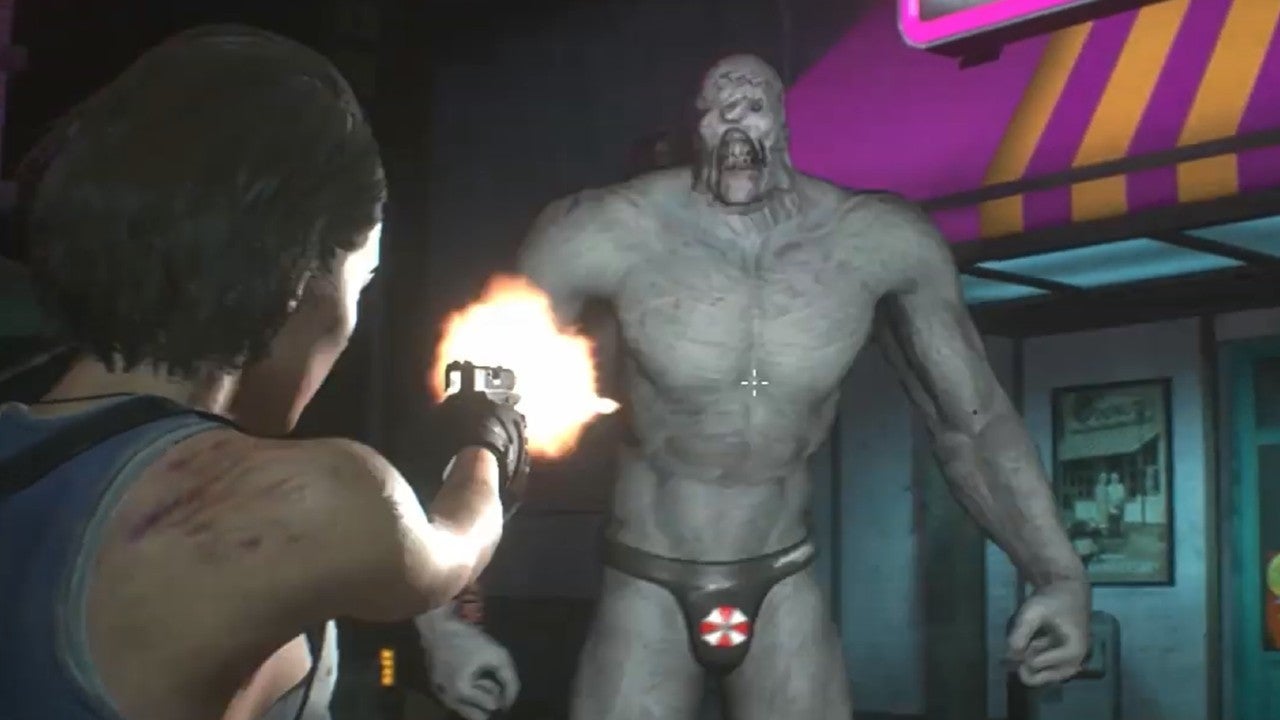 The Resident Evil 3 remake may not be officially out until April 3, but that hasn’t stopped enterprising modders from giving us what we’ve wanted all along: Nemesis in an Umbrella-branded beach thong.

First spotted by Eurogamer, a Patreon-backed modder by the name of Marcos RC is responsible for this new abomination. As if Resident Evil 3’s iconic undead, invincible boss wasn’t already bad enough, we now get to see him stomping around the streets of Raccoon City all half-naked. You can watch Marcos RC’s video on his YouTube channel, or check out screenshots below.

The mod is officially called the “Beachboy Nemesis” mod, with a 3D body base created by “MisterHecks.” You can download the mod from Marcos RC’s Patreon page here. Could you imagine how horrifying this would be with the first-person Resident Evil 3 mod?

Sexy Nemesis mods are all we get for now, since Capcom recently delayed the Resident Evil Resistance beta on PS4 and Steam, with the Xbox One version rolling along as originally planned. Capcom has also warned that physical editions of Resident Evil 3 may be delayed in Europe thanks to COVID-19 impacting shipping infrastructure.

MisterHecks, who created the Nemesis model that Marcos RC utilized, similarly made a thong mod for Mr. X in the Resident Evil 2 remake.

Joseph Knoop is a writer/producer for IGN, and looks forward to gamers rising up for this mod.