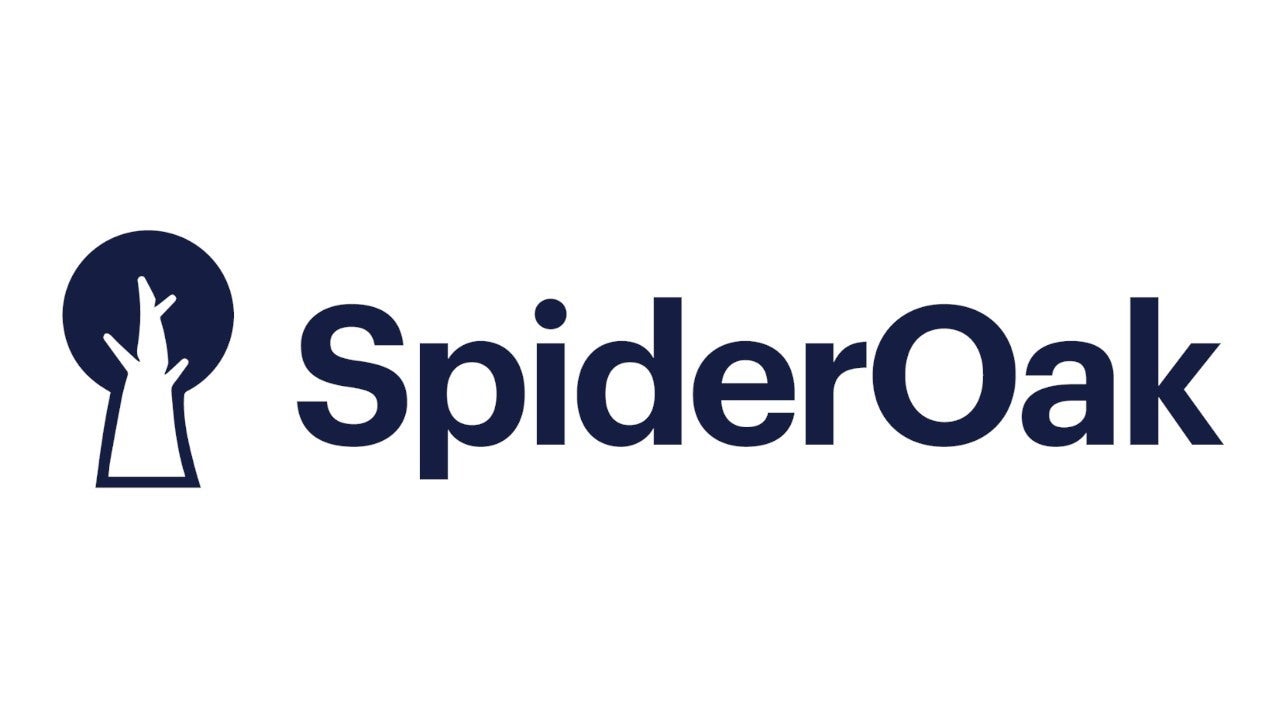 May 16, 2020 Off By tracy
Cloud backup is an important part of keeping your data safe from fire, floods, and other disasters. Unfortunately, it also necessitates handing your data over to someone else to keep it safe. If you have trouble trusting your data to “the cloud,” SpiderOak One is a backup plan that’s right up your alley, as it’s all about security.Since cloud backup has become increasingly necessary for peace of mind and data security, I thoroughly evaluated SpiderOak One along with several other leading packages based on three main criteria: pricing, features, and performance.

SpiderOak One – Design, Pricing, and Features

SpiderOak One isn’t the only cloud backup service with good security, but it is the only one with security as its banner feature. It encrypts all your data from end-to-end, starting on your own machine, so SpiderOak can’t “see” your data when it’s on their servers. It says you don’t have to worry about them using your data for nefarious purposes, or handing it over if the government comes knocking. Even if they wanted to, their “no knowledge” system prevents them from accessing your data unless you give them permission.

That security comes at a higher price point than the more affordable backup services, though. SpiderOak One’s cheapest plan is $6 per month (See pricing and plans on the SpiderOak website), and that’s for only 150GB of space, which is rather expensive when compared with similar services. However, SpiderOak’s higher tiers are a bit better: its 2TB plan is $12 per month or $129 per year, and 5TB is $25 per month, or $279 per year. That’s right about in the middle of the pack as far as the cloud backup services we tested, and it also allows for unlimited devices.

The desktop program is pretty well-designed, striking a great balance between information density and ease of use. It’s clearly designed with more tech-savvy users in mind, and it’ll be pretty intuitive for those users. The Dashboard keeps you up to date on any backup or sync jobs that are running, and while you can drill down and see an entire list of files waiting to be backed up (or a log of past jobs), they’re kept out of the way in other tabs so you don’t get overwhelmed with information.

That’s SpiderOak One in a nutshell: it gives you lots of control without being convoluted. You pick which files you want to back up, how the program integrates with your system, and how many layers of security there are. And apart from a confusingly placed button or two (like the “Run Now” button, which appears even if you aren’t on the Backup tab), everything is intelligently laid out.

SpiderOak One has a pretty big feature set, and it splits each of these features up into tabs along its top row: Backup, Manage (which should probably be called “Restore”), Sync, and Share. Here’s how they work.

For file backups, you’ll want to head to the Backup tab, where you can select which files to back up. The left sidebar shows your user folders (like Desktop, Documents, Music, and so on), providing an easy one-stop shop for backing up your personal data. The program doesn’t search for all documents or music on your drive; the links are just a shortcut for backing up the default folder of that name. You can then use the right pane to select other folders or drives on your system for backup (including external drives). From there, you just click the “Run Now” button to start backing everything up. You’ll see progress on the Dashboard tab. (I wish you could see progress along the bottom at all times, but it’s a minor nitpick.)

Hop into Preferences, and you’ll be able to customize quite a few things. You can enable or disable OS integration (which allows you to back up files by right-clicking them in Windows), force SpiderOak One to request your password on startup, and even set a keyboard shortcut that opens the program. Under the Backup tab of the Preferences window, you can exclude files over a certain size, exclude files of a certain age, or exclude files with certain words and extensions. It’s very configurable, but all this is turned off by default, so you’ll never wonder why something wasn’t backed up. You can also limit your bandwidth usage, and fine-tune the backup schedule with options that let you run a backup ranging from “every 5 minutes” to “every 48 hours” to “at 1:38pm on Wednesdays.”

SpiderOak keeps old versions of your files by default as well, indefinitely. You can’t change that, but SpiderOak says these old versions should not take up very much space. You can delete previous versions from the Manage tab if you want, though (which I’ll discuss more later).

All that brings me to SpiderOak One’s main feature: security. SpiderOak One uses end-to-end encryption, meaning the SpiderOak service never sees what’s in the actual files when you upload them. This “no knowledge” approach means that even if SpiderOak were asked to hand your data over to the government, they wouldn’t have anything to give away but a bunch of scrambled data. This locked down approach also protects you from someone breaking into SpiderOak’s systems as well.

However, if you use the web interface or mobile app to view your files, you have to give your encryption key to SpiderOak, which means those files will be decrypted on the company’s servers for a short time. SpiderOak encrypts your key and stores it in memory only, wiping it as soon as your session is over, but if you’d rather trust no one, you’re best off staying away from the web interface and mobile apps. SpiderOak doesn’t even recommend using them, though it offers them as a convenience to users who need them.

SpiderOak One’s biggest security failing, strangely, is a lack of two-factor authentication. Some existing SpiderOak One users may be grandfathered into an old version of the feature, but it’s bonkers that a security-focused company has gone without something so important for so long.

Additionally, the SpiderOak One desktop client does not provide automatic updates – though this is by design. While automatic updates are good for security (since they ensure everyone is using the latest version with all recent security patches), SpiderOak says it doesn’t want to enter a situation where a malicious or “overzealous authority” could force the company to push out an update with a backdoor. So for now, you’ll need to manually download the latest version from the SpiderOak website when it notifies you that an update is available.

Lastly, it’s worth mentioning that SpiderOak One is more than a backup service. It also has a Dropbox-like file syncing service built in, albeit with end-to-end encryption, which Dropbox does not have.

SpiderOak One has a couple of recovery options, but all of them involve downloading your files – there’s no way to get a hard drive shipped to you, which is awful if you have a lot of data. (That said, I always recommend having a local backup in addition to cloud backup for large restores.) And, as I mentioned above, SpiderOak only recommends using the desktop program for recovery, since it doesn’t compromise the company’s “no knowledge” security model.

Recovering is simple: just head to the Manage tab, select the folders or files you want, and click the “Download” button that appears. You’ll be able to put them in their original location, or restore them to a different folder on your drive.

Alternatively, you can use SpiderOak One’s “Point in Time” restoration, which allows you to restore an entire folder or set of files to a previous state. This makes it easier to recover from ransomware and hard drive failures, though it requires the command line, so it’s definitely a feature for advanced users.

SpiderOak One isn’t a “hands off” program, but it isn’t particularly difficult to use, either. It expects you to want control over your data (after all, that’s why you’d pick an end-to-end encrypted service), so it gives it to you. And once you set it up the way you want, it’ll stay out of your way and do its job admirably.

In terms of resource usage, I found that it used a few percent CPU at most while backing up, with the exception of the initial encryption phase, which used about 30% of my 2.7GHz i7-7500U. This phase takes a while, though – longer than other programs that use a private encryption key – and even after that, upload speeds were unbearably slow, using only 3Mbps of my otherwise very fast upload connection. SpiderOak says all of this is to be expected, but that isn’t exactly a comfort, considering how much faster Acronis True Image and SOS Online Backup are despite also using end-to-end encryption. SpiderOak’s restoration time was at least more comparable, maxing out my 200Mbps connection just like the others, though the full restore took a little under four minutes (again, presumably because of the slow decryption).

SpiderOak says it doesn’t throttle your speeds except in certain rare cases where you’re uploading very large files or have over 10TB of data stored on their servers.

SpiderOak One’s pricing varies according to how much storage capacity you need, but each of its pricing tiers grants you that capacity for an unlimited number of devices, which is rare and adds a lot of value. Pricing starts at $5 a month or $59 annually for 150GB, but you can also get 2TB for just $12 a month, or $129 per year. The maximum capacity is 5TB, and there’s also a 21-day free trial if you want to give it a test drive first.