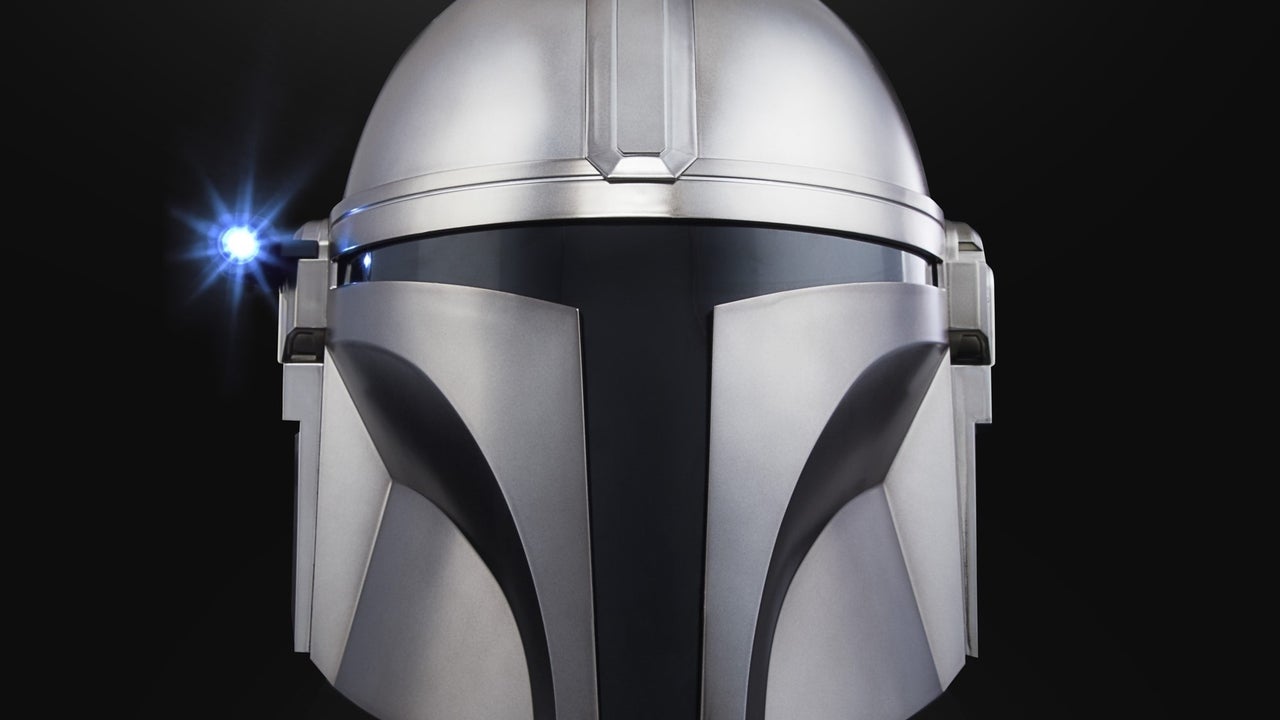 November 10, 2020 Off By tracy
Life-size helmets have always been hot ticket items in the Star Wars collecting community, and Hasbro’s Black Series line is pretty much the best bang for buck option around. Now Hasbro is adding another iconic helmet to that lineup – the Mandalorian himself.IGN can exclusively debut the Black Series: The Mandalorian Electronic Helmet, which is due to hit stores in Spring 2021. Check out the slideshow gallery below for a closer look at this upcoming release, along with new photos of the Din Djarin and The Child Build-Up Pack.The Mandalorian Electronic Helmet is a 1:1 scale recreation of Din Djarin’s ever-present helmet, complete with a weathered, metallic paint scheme. Like the rest of the Black Series helmets, it’s fully wearable and features foam padding and adjustable fittings. The helmet also includes a removable tactical light and red interior lights, both of which are powered by a single AA battery.

The Mandalorian Electronic Helmet is priced at $119.99 and is available to pre-order now on Amazon.

As for the Din Djarin/The Child set, this 2-pack release is notable for being the first Mandalorian figure to feature an unmasked head sculpt. It’s also by far the most full-featured Mandalorian release from Hasbro to date, with nine accessories including Baby Yoda’s hover pram, a removable jet pack and Beskar metal slabs.

The Din Djarin & The Child Build-Up Pack is priced at $34.99 and should be released on December 1, 2020. It’s available to pre-order exclusively through Target.This isn’t the first time Hasbro has teased some drool-worthy new collectibles as part of the Mando Mondays promotion. They recently showed off The Mandalorian Retro Collection, with sculpts inspired by the original Kenner Star Wars figures.

For more on The Mandalorian, check out IGN’s review of the Season 2 premiere and brush up on Ahsoka Tano’s story prior to her rumored live-action debut.