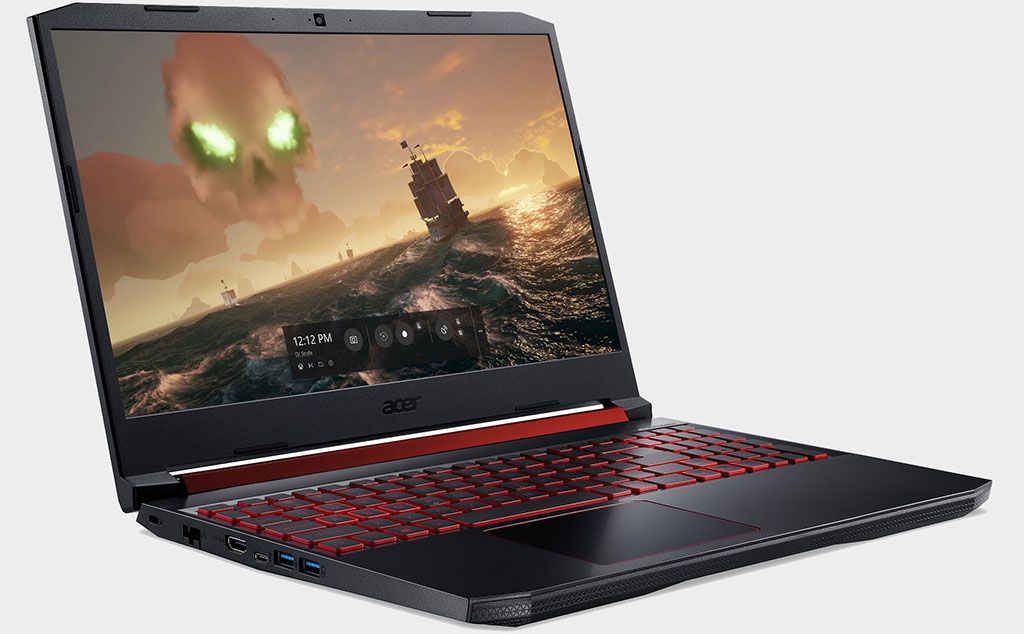 We’re a few days removed from Black Friday, but there are still some great Cyber Monday gaming laptop deals out there. One of them is this Acer Nitro 5 gaming laptop. It sports an Intel Core i5-9300H processor and an Nvidia GeForce RTX 2060 with dedicated RT cores for ray tracing, and is marked down $300 to a fantastic $799 at Walmart.

Usually the RTX 2060 is found in laptops that cost a around a grand or a little more. There are exceptions from time to time, this being one of them. At this price, the RTX 2060 is your relatively affordable gateway into ray-traced gaming, and for less demanding titles, it can put the 144Hz 15.6-inch IPS display (1920×1080) to good use.

The CPU, meanwhile, is a 4-core/8-thread Coffee Lake processor with a 2.4GHz base clock and 4.1GHz max turbo clock. It’s not the most muscular CPU on the planet, but a reasonable choice for a $799 laptop (I wouldn’t pay the full asking price for this combo).

Other parts and features include 16GB of DDR4 RAM (can be upgraded to 32GB), 256GB SSD + 1TB HDD for storage chores, the latest Wi-Fi 6 (802.11ax) wireless connectivity standard, and a four-zone RGB backlit keyboard (the WASD keys are highlighted). Overall, a good collection of parts for the asking price.

If you’re looking for something different, then check out our continually updated roundup of cheap gaming laptop deals.