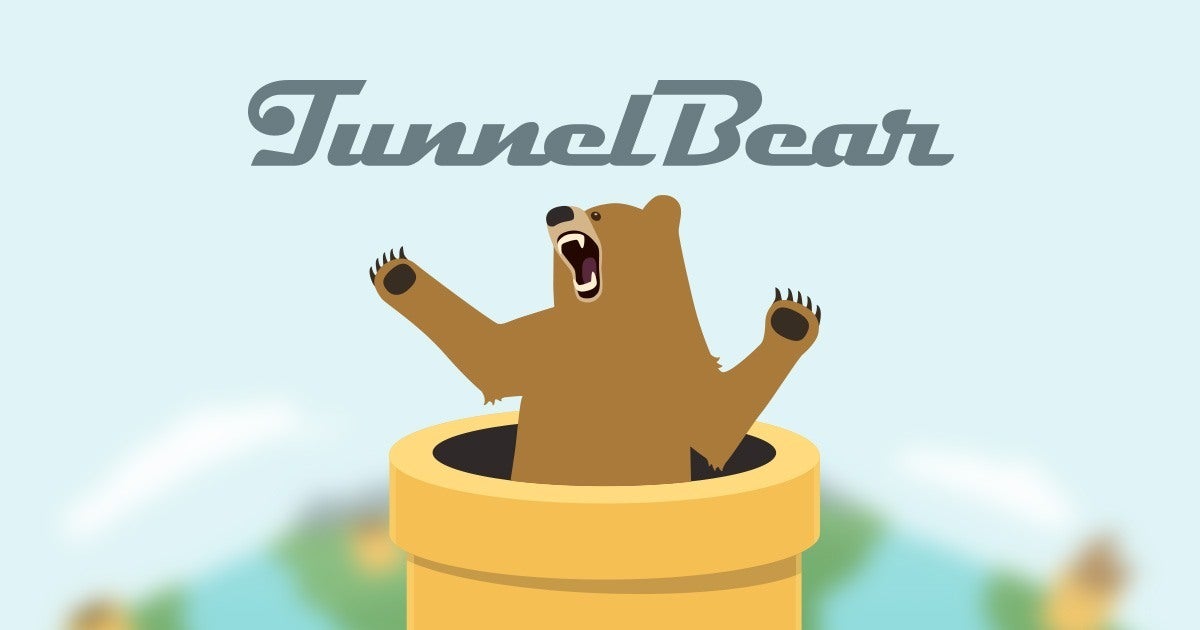 June 5, 2020 Off By tracy
Based in Canada but subtly owned by McAfee (a fact not mentioned on its website), TunnelBear is a low-cost, freemium virtual private network that will give you privacy in a pinch. But what is the cost of its convenience? We paid for TunnelBear’s full version to put it through its paces. And while it might be the best VPN for some, it’s certainly not for everybody – especially if you’re going to use the service for high-bandwidth activities like Netflix or gaming.

A very simple, aesthetically pleasing VPN, TunnelBear operates on a range of desktop computers and mobile devices, with MacOS, Windows, Android, and iOS apps to keep users’ data protected. Cute and colorful, TunnelBear’s apps may be easy on the eyes, but they are essentially just giant on/off switches overlaid on global maps of its servers. Yet TunnelBear’s iPad and Android tablet apps (a nice touch, rather than just phone-ports) give away its game: The company’s VPN service doesn’t really meet the demands of desktop usage, despite the fact that it’s got plugins for the Chrome, Firefox, and Opera web browsers.

But for mobile data privacy in a pinch, Tunnelbear is worth keeping tucked away in one of your mobile device’s folders, if only because it will let users protect 500 megabytes of data for free. The company will also award one gigabyte of additional data to users who tweet about the service, which can be used on up to 5 devices.

Promoting unlimited bandwidth (for its paid users), no throttling, no buffering, and servers in 23 different countries, TunnelBear does what users expect it to – it keeps users’ browsing and location information private. In fact, another nice touch in TunnelBear’s service is the reassurance it provides by annually publishing independent security audits of its apps.

TunnelBear’s most recent audit, published in November 2019, found a dozen security-related items of note – two that were listed as “critical” and four that were highly vulnerable – but all of which TunnelBear says it has since addressed. One byproduct of the annual report, the penetration testing company notes, is that with each passing year TunnelBear appears to have gotten more secure.

TunnelBear defaults to AES 265-bit encryption, which is the strongest you can get, and promises to not log any user browsing data or personal information. It also has a “vigilant mode” designed to block all unsecured web traffic if its service somehow gets disconnected.

TunnelBear was tested, along with its competitors, by gaging the service’s performance in both the afternoon and evening. The testing was conducted on an iMac running TunnelBear’s MacOS client, measuring not only the machine’s download and upload speeds while using the VPN, but also its responsiveness by pinging various games’ servers while it was engaged. Finally, we put TunnelBear to the test by playing the games with the VPN as well as streaming content over Netflix to see how well the video renders.

Despite TunnelBear’s speed deficiencies, the service worked fine streaming Netflix. Connecting through a Switzerland-based TunnelBear server from the U.S., the streaming service functioned as well as could be expected, displaying the fast-moving action scenes from Extraction with limited motion artifacts or pixelation.

TunnelBear’s pricing may be attractive to users who want VPN protection, but don’t want to pay a lot for it. As mentioned above, the service offers a freemium plan that can give you a bit of privacy without having to pay. But in addition to plans for single users, the TunnelBear sells “Teams” plans that cost $5.75 per user, per month. Individual plan pricing varies. A one-month subscription to TunnelBear costs $9.99. Paying for a year of TunnelBear costs $51.51, but it brings the monthly rate down to $4.29. The best value is a three-year subscription which costs $3.33 per month, or $120 upfront.