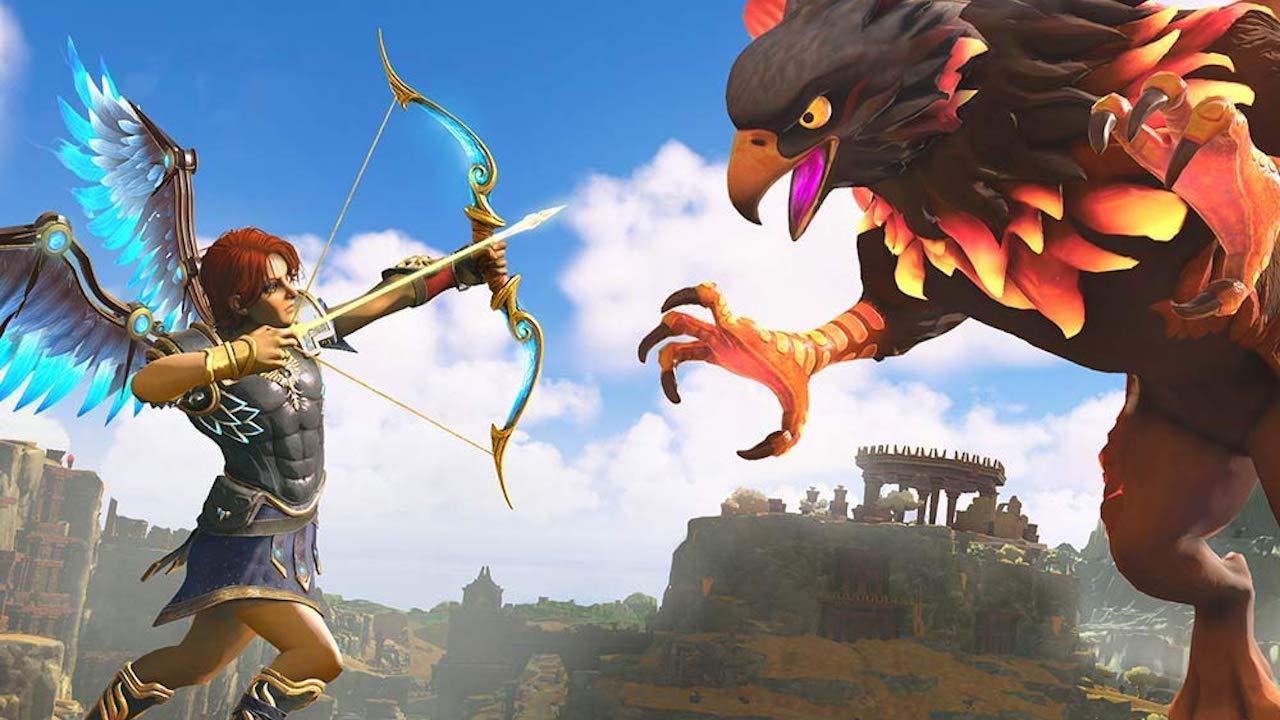 September 15, 2020 Off By tracy
It looks like Ubisoft changed the name of Gods & Monsters to Immortals Fenyx Rising due to a trademark dispute with Monster Energy.As detailed in this video from Hoeg Law, the Gods & Monsters trademark faced an opposition filing from the Monster Energy Company in April of 2020, which may have forced Ubisoft’s hand, necessitating the name change to Immortals Fenyx Rising.You can see the full timeline of Gods & Monsters attempted patent registration over on the United States Patent and Trademark Office website. Ubisoft applied for the patent back in June of 2019, and did not face any issues until January of this year, when Monster Energy applied to oppose the trademark under a belief that its brand would be damaged due to the “likelihood of confusion” between the two entities.

In the notice of opposition the energy drink brand cites its ties to the games industry through sponsorship of professional gamers and esports organizations in support of its many claims. What’s interesting is that in Ubisoft’s May 2020 answer to Monster Energy’s notice of opposition, they deny almost all of the claims. Yet ahead of September’s Ubisoft Forward, the game’s name was officially changed from Gods & Monsters to Immortals Fenyx Rising.

In an interview with VGC last week, associate game director Julien Galloudec said that the name change was not a technical decision, but one related to the evolved “vision” of the game:

So no, the change of name was entirely because of the vision of the game. When you start a game it’s always an adventure and it’s a very iterative process. So you start with a vision that evolves as you craft it with the team and we get feedback and ideas. […] So after that, the game changed a lot, to the point where we felt we needed a new name to be better aligned with that updated vision, so that’s where we decided to change to Immortals Fenyx Rising”.

Immortals: Fenyx Rising will launch on Google Stadia, PlayStation 4, PlayStation 5, Xbox One, Xbox Series X, Nintendo Switch and PC on December 3, 2020. You can check out our preview here.