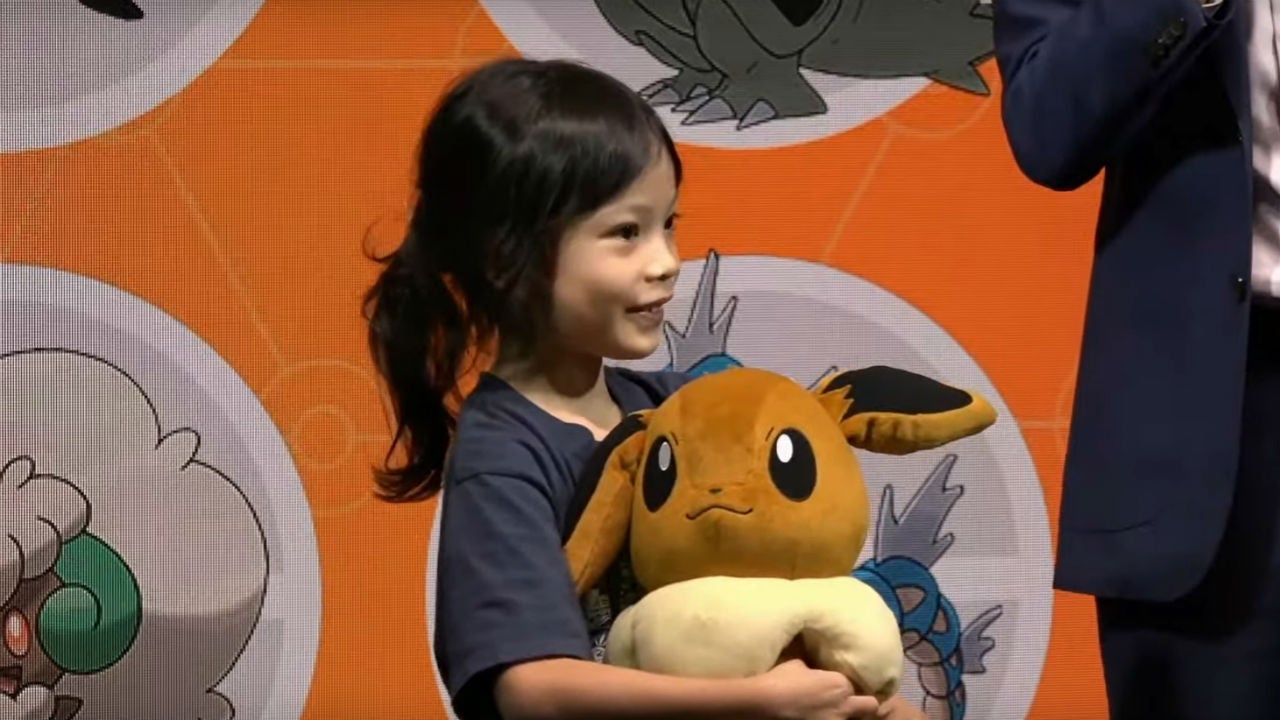 The world of competitive gaming is one of thrilling victories, soul-crushing defeats, and extreme skill. That said, perhaps no major video game tournament will ever result in a moment cuter than when a young girl by the name of Simone Lim won the Pokemon Oceania International Junior Championships this week.

The official Play Pokemon Twitter account caught the final moments of Lim’s hard-fought victory against her older opponent, Justin Miranda-Radbord, who actually took home the Pokemon Oceania Junior Championship in 2019. According to the tournament’s commentators, this was also Lim’s first competitive season and her first major tournament after winning in two regional tournaments.

An INCREDIBLE read by Simone, leading to a victory and earning Simone the title of 2020 Oceania #PokemonVG Junior Champion! pic.twitter.com/liiJyEj09I

Leading into the final round, the odds seemed slightly stacked against the young Lim. Miranda-Radbord himself has won multiple Pokemon championships. He managed to go 5-0 through the event, had the top seed, and seemed to have a slight advantage going into the final turns of the Oceania tournament’s final rounds.

Lim herself had a tougher road to victory, going 3-2 earlier in the tournament and landing a seed 7. Managing to win one round against Miranda-Radbord, she pushed the competition to its final round, where she was faced with a tough situation: Facing Radbord’s two Pokemon (a Rhyperior and a Dusclops) with just one low-health Tyranitar. Lim managed to predict which Pokemon Radbord would use Protect on, allowing her to defeat the Dusclops first before using Superpower on Radbord’s final Pokemon, clenching a very close win and audibly stunning the audience.

Lim can be seen just barely smiling through her hands, looking somewhat embarrassed, before her friend runs up to her and hugs her, eliciting a much bigger smile.

In the post-game interview, Lim said she knew her opponent would use Protect on his Rhyperior, then thanked her friends and family while clutching onto a large Eevee plush toy.

And here’s Lim standing next to her fellow champions in the other divisions of the Pokemon Oceania tournament. Needless to say, though she might be barely four feet tall, she’s standing head and shoulders above the competition today.

You can watch the whole 5-hour tournament here if you like. The battle between Lim and Miranda-Radbord begins around the 4-hours-and-3-minutes mark.

Don’t forget to check out IGN’s Pokemon Sword and Shield hub page for more updates on the games, including the new Pokemon Home.

Joseph Knoop is a writer/producer/blubbering mess for IGN.

CategoryNews
Wild siege weapon sandbox Besiege is 50% off for launch, so here are some GIFs
Leaked Resident Evil 3 Remake Screenshots Show Off Nemesis and More