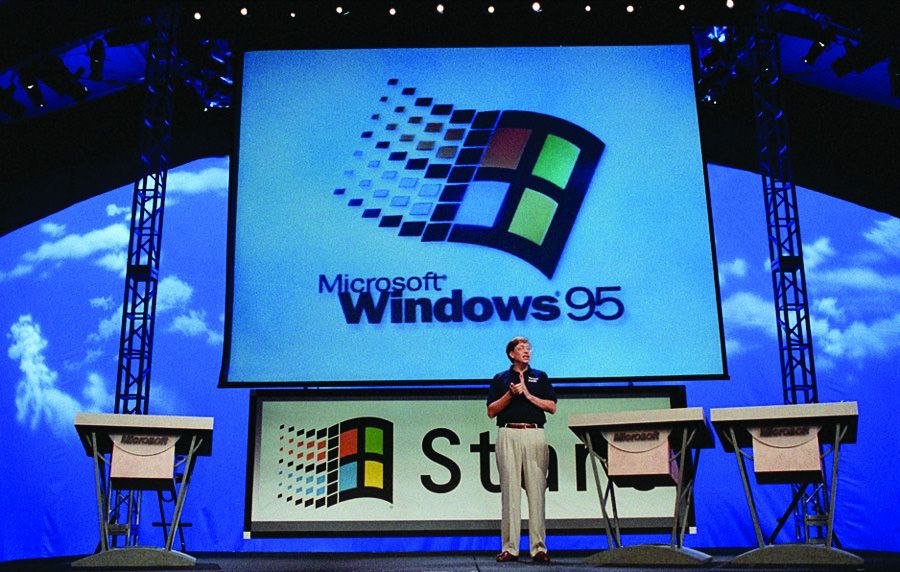 We often think about the evolution of the PC in terms of hardware, especially now, with AMD and Nvidia both on the cusp of releasing a new generation of GPUs. But on the software side, many of the the things we take for granted today—such as the Start menu, or y’know, not having to reboot your PC every single time you wanted to play a game—started with Windows 95. And Windows 95 turned 25 years old yesterday, so happy birthday to you.

Talk about feeling old—I was fresh out of high school when Microsoft released Windows 95 to the general public, way back on August 24, 1995. Back then, my IBM compatible PC, used mostly to play LucasArts and Sierra adventure games, was outfitted with an Intel 486DX2-66 processor. Intel had already released its first Pentium processors, but it wasn’t until 1997 that I made the jump myself, to a Pentium MMX 200MHz PC. Good times.

Windows 95 was not the best operating system Microsoft ever released—many people would apply that designation to Windows XP—but it was certainly one of the most important iterations. In addition to introducing the Start menu, Windows 95 also made things easier by supporting long file names (up to 250 characters, versus 11 characters previously), and implementing plug and play functionality before fetching custom-tuned drivers from the manufacturer.

It was also the first Microsoft OS to really encourage gaming directly from within the operating system as opposed to going through DOS. There was a whole lot of resistance to it at the time, partly because it often made games run worse as the OS still stole some of your precious memory and CPU cycles, but also because it was a buggy mess at the start.

But look where we are now.

One of the greatest things about PC gaming is the sheer amount of hardware options to choose from. This is why plug and play was, and still is, such an important feature. It allows your PC to detect a peripheral or gadget and offer at least some basic functionality.

Other innovations included the task bar and recycle bin, both introduced with Windows 95, and later the addition of DirectX to the mix. According to Microsoft, Windows 95 sold 7 million copies during its first five weeks. That was quite a bit for the era it debuted in.

The launch event was a spectacle, which undoubtedly helped move some copies. Former late-night television host Jay Leno introduced Bill Gates at the Windows 95 launch event. Microsoft also paid The Rolling Stones $3 million to use its “Start Me Up” as the soundtrack for the festivities and subsequent ad campaign. And of course Steve Ballmer was bouncing up and down on stage and throwing fist pumps.

If you’re feeling nostalgic, you can kick the tires on Windows 95, right inside Windows 10, using an app uploaded to GitHub by Slack developer Felix Rieseberg. It’s a little less than a 300MB download.