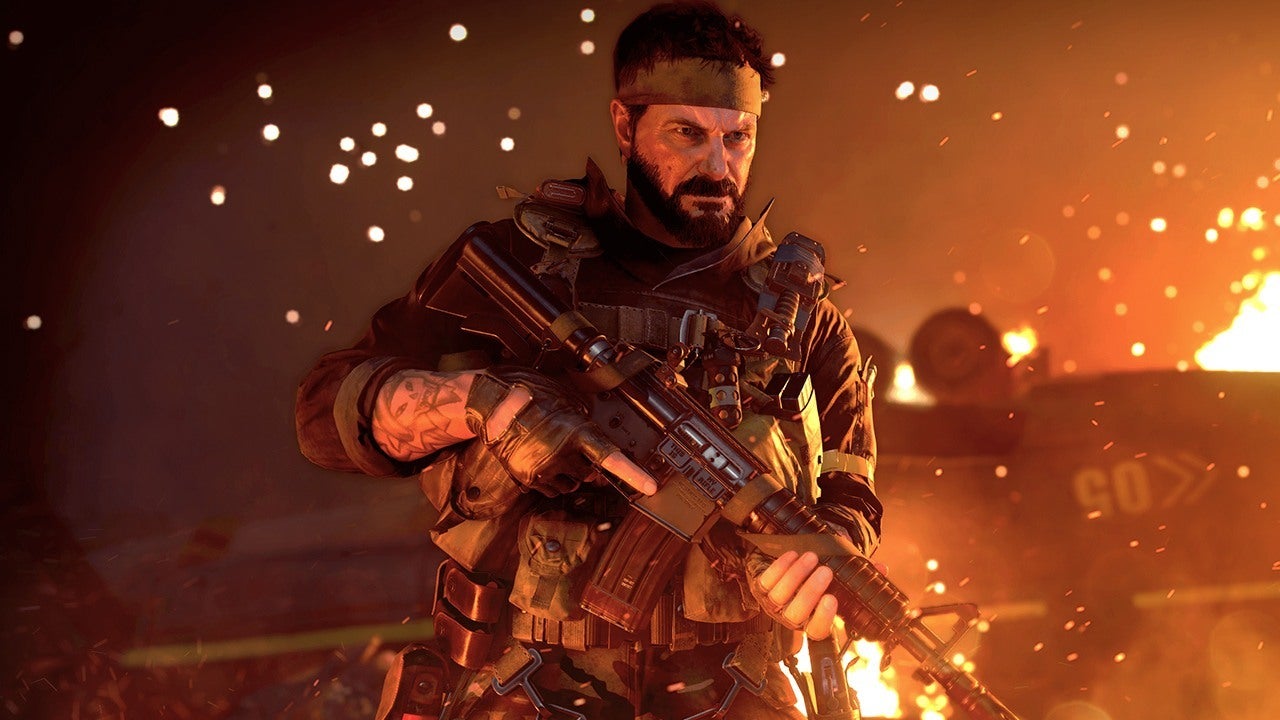 November 13, 2020 Off By tracy
For a series known for virtually non-stop shooting, it’s surprising how much time you spend in Call of Duty: Black Ops Cold War’s single-player campaign with your weapons holstered. Certainly more than any other game in the franchise’s 17-year history. But whether it’s walking around your safehouse and getting to know your covert ops crew or sneaking around KGB headquarters as a Russian double agent trying to figure out a way to smuggle your American friends into the ultra-secure building, the latest COD puts that quiet time to good use. Sure, it’s got plenty of loud parts too – there are high-speed shootouts, rooftop chases, and assassination missions – you know, the usual stuff. But this time around, it reaches its peak without any weapons drawn.Black Ops Cold War really sells its, um, black ops Cold War setting well. You’ll see ‘80s fashion, plenty of CRT TVs, and a whole lot of smoking indoors. It’s authentic! Even better, I love how your choices from when you fill out your character’s psych profile actually affect gameplay. Your codename is always “Bell,” but you can choose your own background and personality traits – and that last one manifests as multiplayer-style perks, such as faster reloading speeds or increased bullet damage dealt. You can even pick your own name… unless you’re me, for some reason?Black Ops veterans will be greeted by some familiar faces: Woods and Mason return from Black Ops 1, though I was a little disappointed that neither has a ton to do in the story other than be your sidekick. It is some good nostalgia to step back into the boots of Mason at various times, though. There are also a couple of new faces, but the bulk of the co-star screen time goes to Russell Adler, a living-legend CIA veteran slash dead-ringer for Robert Redford who’s recruited you to help stop Perseus, a generically nefarious and shadowy evil man whose actions tend to topple governments… or worse.
I love how your choices from when you fill out your character’s psych profile actually affect gameplay.

You really get to know your team through the safehouse sequences between missions. Here you can review evidence, chip away at secret codes, and chat with your fellow spies via dialogue-tree conversations. I very much enjoyed this aspect of the campaign, even if none of those conversations seem to factor into the endgame in the way that other choices do. Meanwhile, combat is your standard Call of Duty stop-and-pop shooting gallery, with the same basic-at-best AI the series has always had. There is precisely one “special” kind of enemy: an armored goon who’s just a bullet sponge. Gadgets are strangely almost nonexistent this time around, with one brief R/C bomb car sequence in the first mission and that’s it. Weapons are nothing you haven’t seen in COD before.

Look Back: What We Said About Call of Duty: Modern Warfare’s Campaign

Verdict: As someone who’s played every single Call of Duty campaign and really missed it last year, the new Modern Warfare is exactly the kind of single-player revival I’ve been looking for. It introduces welcome new kinds of gameplay moments while executing familiar ones exceptionally well. Sure, its story may not be as provocative as it seems to want to be, but it reestablishes a strong identity for this 16-year-old franchise with a showcase solo shooter experience. Amidst a growing pile of battle royales and looter shooters that just don’t scratch that same itchy trigger finger, it felt just like old times. – Ryan McCaffrey, October 25, 2019
Score: 8.2

That said, I was impressed at the ways in which Cold War admirably tries to carve out some new space in the Black Ops universe with some new mechanics. It succeeds in some ways, such as making collectables relevant to gameplay by using them as in-universe evidence to set up other missions, thus giving you organic motivation to either find those hidden items as you go or replay the missions they’re hidden in before advancing. Classic spy tricks like photography and lockpicking factor into gameplay too.

Even better, you’ll actually need to examine some of the evidence to solve little puzzles before taking certain missions, adding some light adventure game-style work to this traditionally trigger-happy series. Perhaps more notably, though, there are a couple of moments in this campaign that have franchise-altering implications. No spoilers, but I’m majorly curious if and how those will be followed up on in all future Call of Duty games.

Every IGN Call of Duty Review

The biggest miss is in how Black Ops Cold War as a whole tries to be as twisty with its plot as Black Ops 1 was… and it just doesn’t quite get there. I applaud it offering multiple endings, though. I was both pleasantly surprised and horrified when I chose a bleak ending to see just how far Black Ops Cold War would or wouldn’t go, and…well, let’s just say it got really dark. It was much more interesting than the good-guy ending I tried afterwards, and I’m now eager to go back and see some of the other choices.

Furthermore, while it’s fun to dangle a bad guy over the edge of a rooftop while you interrogate him, like in the opening scene of Tim Burton’s Batman, Black Ops Cold War’s best mission involves almost no guns at all. Instead, it’s an undercover romp through an enemy-infested government building. If that sounds familiar, it’s because something very much like it was the highlight of Call of Duty: World War II back in 2017. Yes, there are plenty of KGB goons to stealthily choke out and hide in lockers, Hitman-style, but more fun is deciding how you want to achieve your objective without firing a shot. You can beeline through this or really take your time skulking around to explore every option. I recommend the latter.

Finally, a word about Black Ops Cold War’s graphics: while I wasn’t able to get a look at the Xbox Series X or PS5 version in time for this review, it is really impressive on mid/high-end PC. Environments and faces in particular look excellent. Technically speaking, it’s an incremental step forward from last year’s gorgeous Modern Warfare reboot.