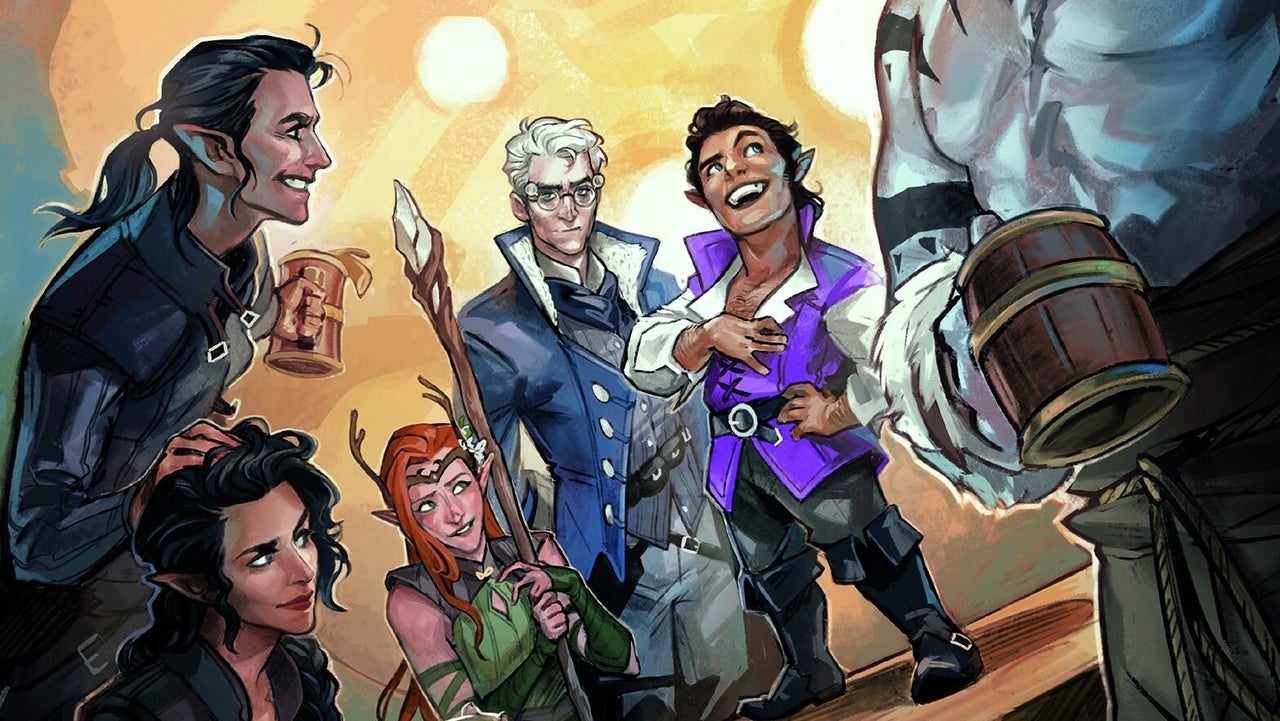 December 1, 2020 Off By tracy
IGN can now exclusively reveal the final cover art for the first chapter of Critical Role: Vox Machina Origins Series III.Check out the new image from artist Olivia Samson below:

The original story is below:

Unfortunately, the final cover for issue #1 hasn’t been released yet, but we’ll update this story once Dark Horse makes it available.

For those unfamiliar with Critical Role, the weekly web series features Mercer acting as host and Dungeon Master for a long-running Dungeons & Dragons campaign, with a group of professional voice actors and recurring celebrity guests taking part in the game and helping flesh out the fantasy realm of Exandria. The original Critical Role campaign spanned 115 episodes between 2015 and 2017, while Mercer and his cast have been slowly making their way through a second campaign since 2018 (with the series temporarily going on hiatus earlier this year due to the COVID-19 pandemic).

So where does the comic fit in? As the title suggests, the various Vox Machina Origins books have focused on the titular cast of fantasy adventurers from the original campaign, with these books fleshing out their early adventures before the events of that campaign. Series III opens with our heroes enjoying a well-deserved vacation in luxurious Westruun. Unfortunately, a lack of funds forces the group to join an underground fight club, which then puts them on the hunt for a missing child.

Critical Role: Vox Machina Origins Series III #1 is scheduled for release on December 9, 2020 [update – the release date has now been pushed back to February 10, 2021]. If you need to get caught up on the previous two volumes, Dark Horse will be collecting both in an oversized hardcover called Critical Role: Vox Machine Origins Library Edition Vol. 1, which hits comic shops on November 11 and bookstores on November 24.

Critical Role has grown to become a full-fledged multimedia franchise in recent years. Wizards of the Coast released a Critical Role-themed D&D book earlier in 2020. The Critical Role team also successfully Kickstarted Critical Role: The Legend of Vox Machina animated series, which earned over $11 million by the campaign’s end and an eventual two-season series order from Amazon Prime Video.