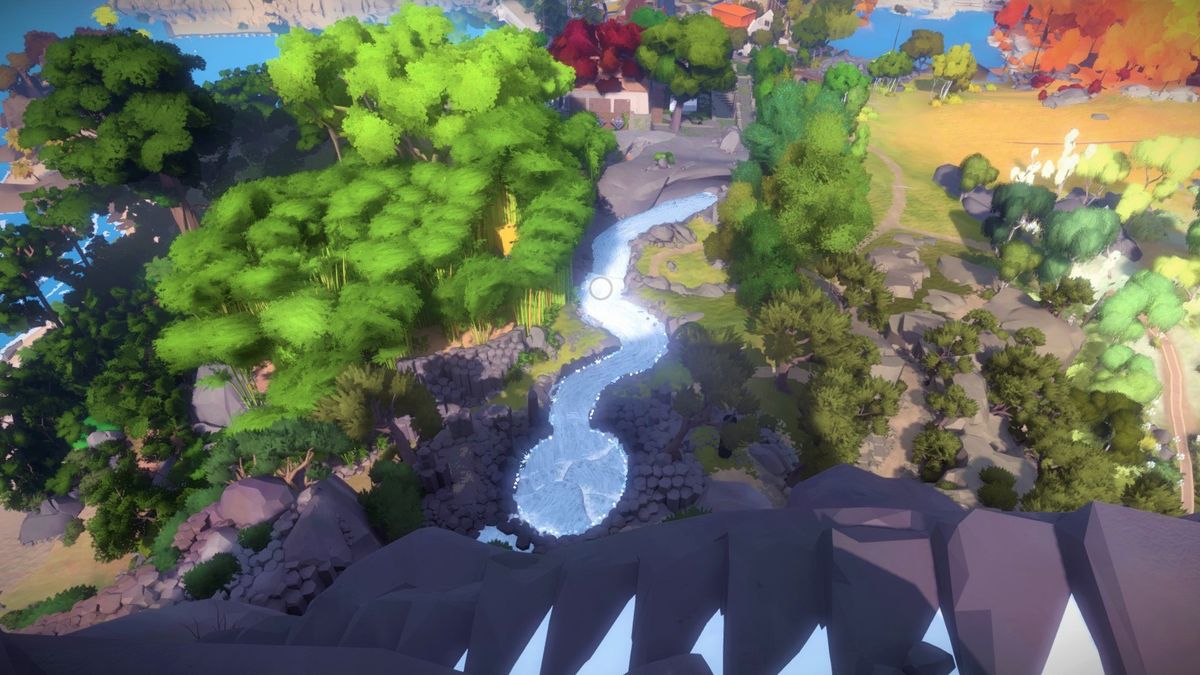 Great moments in PC gaming: Spotting your first environmental puzzle in The Witness

Great moments in PC gaming are bite-sized celebrations of some of our favorite gaming memories.

In The Witness, you wake up alone on an island. You don’t know who you are, how you got here, or why this island is inexplicably chock-a-block with control panels that double as puzzles. It’s all very curious, and as you begin to explore the island, solving strings of puzzles as you go, it seems that this island has more secrets than it’s letting on.

The brain teaser of choice in The Witness are line maze puzzles, ones where you need to draw a line through a grid from start (indicated by a round circle) to finish. As you explore the island, more rules and mechanics are introduced and soon you’ll be breezing through grids that would have made your head hurt several hours ago.

It’s easy to fall into a rhythm in The Witness. All the display grids are interconnected, and finishing one puzzle in a sequence will send a bolt of energy through a cable to power the next one. Completing a string of puzzles leads you to another string, and then finishing that sequence opens a door to a new area—it’s very easy to get swept away. That’s not to say the puzzles in The Witness are easy, but the repetitive loop of puzzles, combined with the island’s relaxed nature, effortlessly keep you playing.

With hundreds of puzzles to solve, it’s only a matter of time until the grid and its circular starting point begin to burn into your brain. The Tetris effect takes hold, and you start seeing patterns in pavements and drawing lines in your dreams. For me, this always happens when I get really into a puzzle game, but when I saw that all-too-familiar circle and line in The Witness’s landscape, it made me do a double-take.

A particularly challenging sequence of puzzles had led me to the summit of a mountain, and, taking a short brain break, I was looking out onto the island. Something about the river caught my attention, the odd wiggly shape of it and the perfectly circular pool of water it ran from catching my eye. Turns out that The Witnesses’ puzzles were not only on screens but also hidden in the geography and architecture all around the island.

It’s a brilliant moment, and I think many players will always remember the first time they discovered this about the island. The electrifying effect it has on you is instant, once you’ve seen one you begin to see them everywhere. After my discovery, I began running back to previous locations trying and find them.

Markings in the sand, clouds alignments, shadows were cast on the ground, pipes along a wall, the outline of tree canopies—there are tonnes of them, hidden in every inch of the island. It’s quite incredible, and that’s when I first became truly dazzled by The Witness.