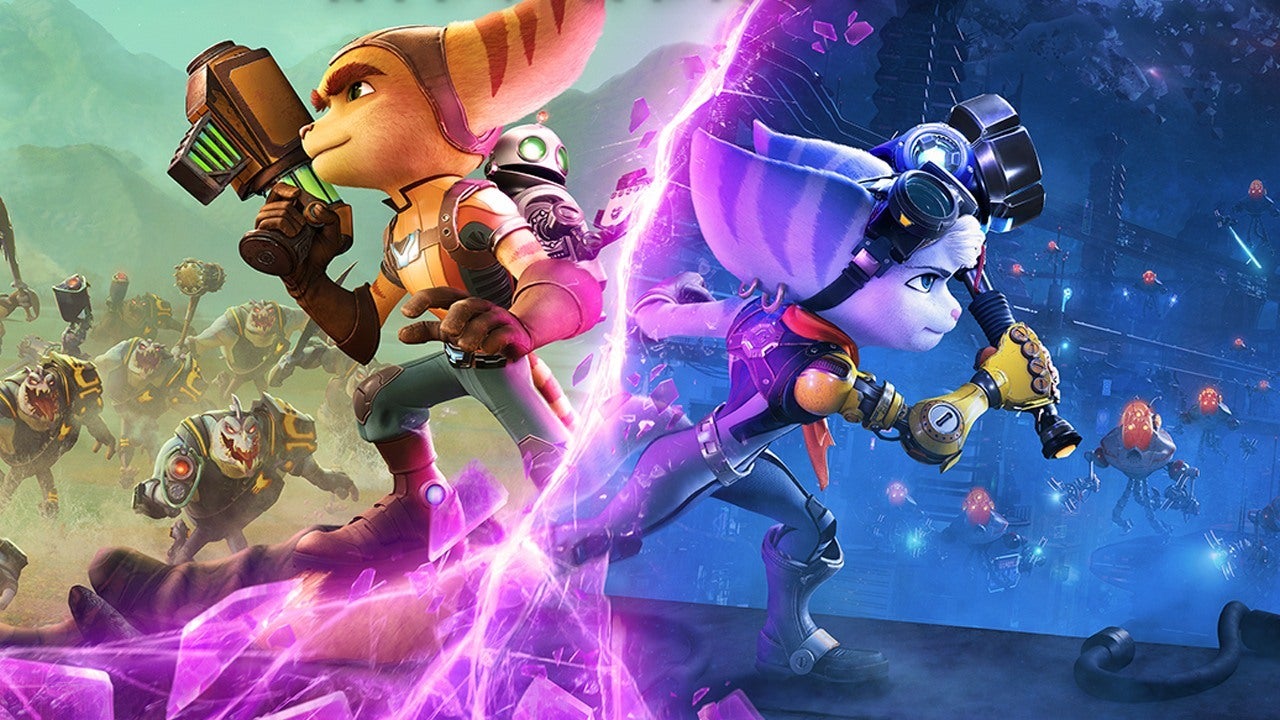 February 12, 2021 Off By tracy
Ratchet & Clank: Rift Apart will officially be released on PS5 on June 11, 2021.Revealed on PlayStation.Blog, Ratchet & Clank: Rift Apart is a brand new adventure that is exclusive to the PS5.“When the evil Dr. Nefarious uses a device that can access alternate dimensions to find a galaxy where he always wins, Ratchet and Clank are separated,” The official description reads. “As they try to reunite, they will meet a new Lombax resistance fighter, explore new and familiar locales (but with new dimensional twists!), and wield a whole new arsenal of out of this world weapons.”

Insomniac Games notes that this is a great place to start for the Ratchet & Clank franchise, as it will be a “stand-alone storyline,” but it will reward fans of the series that began in 2002 on the PS2 with “deeper layers of connection to previous games.”

Insomniac also revealed Ratchet & Clank: Rift Apart’s box art, key art, pre-order bonuses, and the digital deluxe edition, all of which you can see below.

Pre-orders have officially opened for Rift Apart, and those who do so will unlock the Carbonox armor from 2003’s Ratchet & Clank: Going Commando, all updated with “high-definition materials, lighting responses, and ray-traced reflections.” Those who pre-order the game will also receive an early-unlock of the Pixelizer weapon, the retro-blaster from 2016’s Ratchet & Clank.

The Digital Deluxe Edition, which will cost $79.99 USD, will grant players five additional armor sets, 20 Raritanium for upgrading weapons, and a sticker pack to use in Ratchet & Clank’s first ever photo mode. Furthermore, also included are a digital artbook and digital soundtrack.

Participating retailers in the US and Canada will also have a Special Physical Launch Edition of Ratchet & Clank: Rift Apart that will retail for $69.99 USD/$89.99 CAD. This will include a code for the pre-order bonuses mentioned above.Insomniac also teased that, while it isn’t ready to reveal the new playable Lombax’s name that had been previously teased, it mentions that we should “hang in there” and that we will be “feeling rosy soon.”

Ratchet & Clank: Rift Apart was announced at the PS5 reveal event back in June 2020. It promised that “Players will seamlessly travel through different dimensions in mid-gameplay, thanks to PS5’s ultra-high speed SSD. The DualSense wireless controller brings combat to life, with haptic feedback and the adaptive triggers adding powerful sensations that increase immersion in combat.”