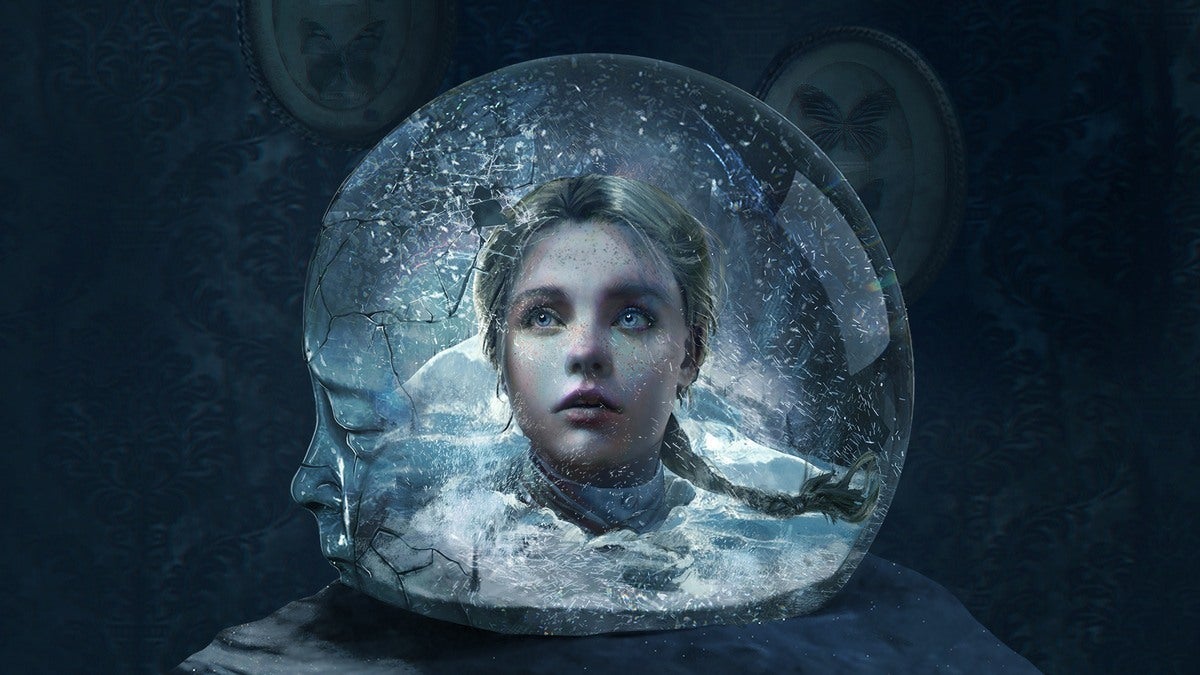 As a follow-up to 2018’s enjoyable stealth-based survival horror game Remothered: Tormented Fathers, Remothered: Broken Porcelain is both a sequel and a prequel – but that’s really just a polite way of saying I couldn’t make heads or tails of the chronology of its plot, and I’m not convinced its creators could either. Perhaps I was too distracted by its countless audio dropouts, freezes, broken controller inputs and baffling enemy behaviours to really be able to concentrate on straightening out the tangled threads of its nonlinear narrative. If nothing else, Remothered: Broken Porcelain is aptly named; like a shattered vase it lacks structure, each individual part is rough around the edges, and it’s not really worth the effort to try and piece them all together.

At the very least the setting is an appropriately haunting one. Ashmann Inn is an antiquated hotel situated in a secluded snowy mountain region highly reminiscent of Stephen King’s The Shining. Certainly during its opening moments I enjoyed the eerie ambience of its dimly lit hallways as I, controlling the young protagonist Jennifer, indulged in a deadly game of hide and seek with the murderous, mind-controlled hotel maid Andrea (seemingly modelled on Annie from Stephen King’s Misery).

But that enjoyment was about as short-lived as Stephen King’s career as a film director, because Remothered: Broken Porcelain simply can’t sustain the same level of cat and mouse tension that the original game could. This is largely due to Jennifer’s movement speed which is positively glacial in comparison to the swift gait of each enemy stalker. By the time you’ve slowly crouch-walked your way up behind one, they’ve already read a book, made a sandwich, and turned around and spotted you before the stealth attack prompt has managed to materialise over their head.

Since attacking enemies from behind is your sole combat option for the most part, once detected your only course of action is to flee and hide until they’re no longer on high alert. This can also be problematic, as seen by the many times I went to hop into a locker and the ‘open locker’ button prompt failed to appear, resulting in me frantically shuffling back and forth trying to find it before copping the wrong end of a pair of sewing scissors in the jugular. The supernatural sensitivity of the enemy AI versus your own sluggishness and unreliable inputs doesn’t make for a fun stealth experience, just a frustrating one that made each area of Remothered: Broken Porcelain a chore to complete.

Outside of these cumbersome enemy encounters, there’s surprisingly little else to do in Remothered: Broken Porcelain. There are significantly fewer environmental puzzles to solve than there were in Tormented Fathers, with only the occasional cracking of a safe combination to demand much in the way of lateral thought. Instead, Remothered: Broken Porcelain places an emphasis on Jennifer’s ability to temporarily teleport her consciousness into a moth and fly up to out of reach items or, in one instance, agitate a guard dog enough for Jennifer to slip by. It’s an interesting concept, but there’s no real scope for employing it outside of very specific story junctures, and when you do get to use it it’s like trying to pilot a remote-controlled drone through a room submerged in honey. The moth’s movements are seriously listless and it has a tendency to get stuck on parts of the environment. And since it can only be used in short bursts I’d often find myself switching to moth form, getting stuck in a wall on the way to my target, being beamed back to Jennifer, and then forced to wait for a cooldown timer to recharge before I could start the process over again.

Jennifer’s moth ability might not be much fun to use, but at least it’s one bug that’s actually been included on purpose.

Jennifer’s moth ability might not be much fun to use, but at least it’s one bug that’s actually been included on purpose. Elsewhere there are far too many game-breaking glitches to count. Aside from the aforementioned button prompts failing to appear when you’re trying to hide, there’s dialogue and ambient audio cutting in and out, characters getting stuck in scenery, game crashes, enemy stalkers pinning you between their body and the environment, confusing camera quirks, and more. It took me about 10 hours to complete my playthrough of Remothered: Broken Porcelain, but I’d estimate that at least a couple of those hours were a direct result of failing objectives due to glitches and retreading stretches after forced restarts. To developer Stormind Games’ credit, there has already been an effort to rectify many of these flaws – at the time of writing (some 48 hours after launch) there have already been three patches deployed for Remothered: Broken Porcelain’s PC version.However, while fixing technical issues is of course appreciated, it’s going to take nothing less than a significant overhaul to smooth out Remothered: Broken Porcelain’s garbled story. The plot jarringly shunts forwards and backwards in time while being only loosely connected by cutscenes that end far too abruptly. The only shining light as far as the story is concerned are the handful of playable flashbacks that centre around Jennifer and her best friend Linn. They’re easily the most well-written exchanges in the entire ordeal and are set prior to the madness descending on the residents of Ashmann Inn, meaning they’re mercifully devoid of any sloppy combat sections.