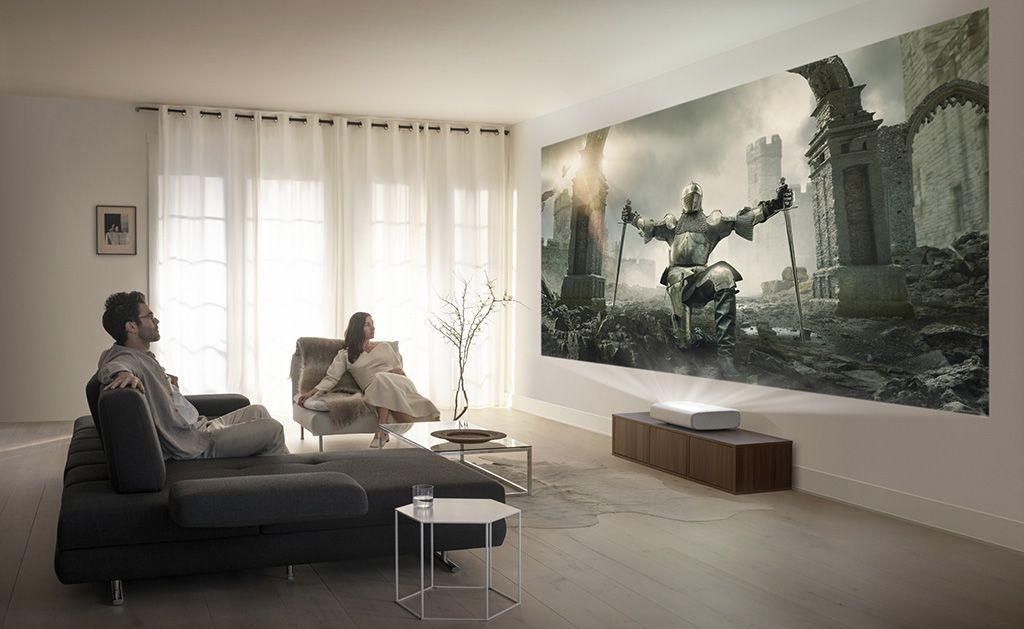 Both the LSP7T and LSP9T leverage a triple laser system to project 4K images, with a contrast range topping out at 2,800 ANSI lumens of brightness. Samsung suggests it is suitable for viewing content in both daylight and at night, so you don’t necessarily need to stick this in a darkened basement.

Samsung’s other braggadocios claim is that The Premiere is the first-ever HDR10+ certified projector. It is a bit of a dubious insinuation, though, because there are projectors that support the Dolby Vision HDR format.

As for the image quality, Samsung says it offers a wide color gamut, covering 147 percent of the DCI-P3 color space, and 106 percent of BT.2020. And on the audio front, speakers and woofers are built right into the projector, offering 4.2 channel sound. Smart features and compatibility with “multiple voice services” round out the package.

What about gaming? Samsung hypes that up as well.

“The Premiere offers gamers a fantastic experience too, providing all of its picture and sound benefits in addition to lower input lag to ensure that gamers can get fully absorbed in high-quality gameplay,” Samsung says.